Historians Unveil New Research on US Response to the Holocaust 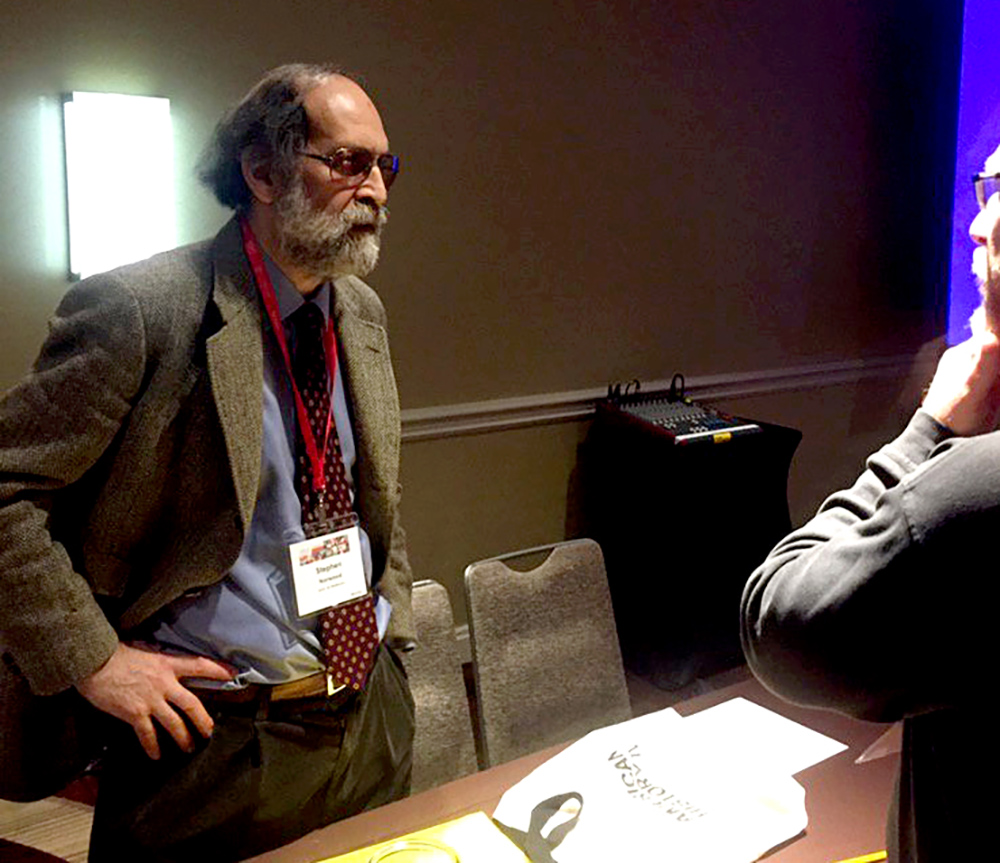 Many prominent American universities refused to help Jewish refugee scholars during the Holocaust if they seemed to be “too Jewish,” according to a leading historian.

Prof. Laurel Leff of Northeastern University discussed her research during a panel on “Immigration, Refugees, and Antisemitism” at the annual conference of the American Historical Association, held in New York City on January 5.

Also speaking on the panel were Prof. Stephen Norwood, of the University of Oklahoma, and Dr. Rafael Medoff, director of the David S. Wyman Institute for Holocaust Studies.

Prof. Leff described the criteria that various U.S. university administrations applied when refugee advocates urged them to take in German Jewish scholars, who had been expelled from Nazi German universities. Dartmouth wanted only some who was not “obviously Jewish.” At Vassar, the refugee scholar could be “Jewish—but not of the disagreeable type.”

Johns Hopkins University president Isaiah Bowman, who was also an adviser on refugee matters to the President Franklin D. Roosevelt, had what Left called a “one-Jew rule.” He rejected recommendations to bring in Jewish refugee scholars to particular departments on the grounds that those departments already had one Jewish faculty member.

The details of this tragic story are presented in Leff’s new book, ‘Well Worth Saving: American Universities Life-And-Death Decisions on Refugees from Nazi Europe,’ which has just been published by Yale University Press. She previously authored the award-winning book ‘Buried by The Times,’ concerning the New York Times’ coverage of the Holocaust.

Prof. Norwood discussed responses in the U.S. and England to the Nazi persecution of German Jews in the 1930s, based on his forthcoming book, ‘Ordinary Jews Against Extraordinary Evil: American and British Responses to Nazism.’

According to Norwood, the persecution of Jews in Nazi Germany during the 1930s was much more serious than most scholars have acknowledged. He also demonstrated that the American and British governments, and the general public in both countries, were very well acquainted with the mistreatment of the Jews.

“Nonetheless, both governments chose policies of appeasement, instead of confronting, or even fully acknowledging, the menace that Hitler posed,” Norwood said. He described how the Roosevelt administration welcomed visits by Nazi warships to American ports in the 1930s, and went out of its way to maintain friendly diplomatic and trade relations with Hitler.

Prof. Norwood also discussed the efforts by many Ivy League universities to have friendly relations with Nazi universities, including student exchanges and visiting faculty members, a topic covered in detail in his earlier book, ‘The Third Reich in the Ivory Tower.’

Dr. Medoff spoke about the role of racism and antisemitism in President Franklin D. Roosevelt’s policy of keeping Jewish immigration far below the levels that U.S. law permitted.

Medoff cited private statements by FDR concerning Jews that were extremely similar to Roosevelt’s comments regarding Japanese-Americans. The president described both groups as “domineering,” “unassimilable,” and “untrustworthy.” Those attitudes underlay both Roosevelt’s policies toward Jewish refugees and his mass internment of Japanese-Americans during the war, Dr. Medoff said.

Elsewhere at the conference, Daniel Greene and Rebecca Erbelding of the United States Holocaust Memorial Museum gave a presentation in which they suggested it might have been immoral for the Roosevelt administration to bomb the gas chambers in Auschwitz, because some of the prisoners could have been killed.

Greene and Erbelding, who created the exhibit on “Americans and the Holocaust” at the museum, spoke in conjunction with a new BBC film, “Secrets of the Dead,” which claims that the question of bombing Auschwitz was a “moral dilemma.” Dr. Erbelding said it is unfortunate that the public believes Auschwitz should have been bombed, and she hopes the film will serve to “complicate public opinion.”

An audience member pointed out that in 1944, there was no “moral debate” over whether bombing would have killed prisoners, since most of the discussions about the idea concerned bombing the railroad lines leading to the camp. The questioner asked why the film did not mention bombing the railways. Prof. Greene and Dr. Erbelding replied that “no film can cover everything.”

During the summer and autumn of 1944, many Jewish organizations asked the Roosevelt administration to bomb the railways and bridges between Hungary and Poland, over which hundreds of thousands of Hungarian Jews were being transported to Auschwitz.