Can the Safdie Brothers Deliver an Oscar to Adam Sandler? - The Jewish Voice

Can the Safdie Brothers Deliver an Oscar to Adam Sandler? 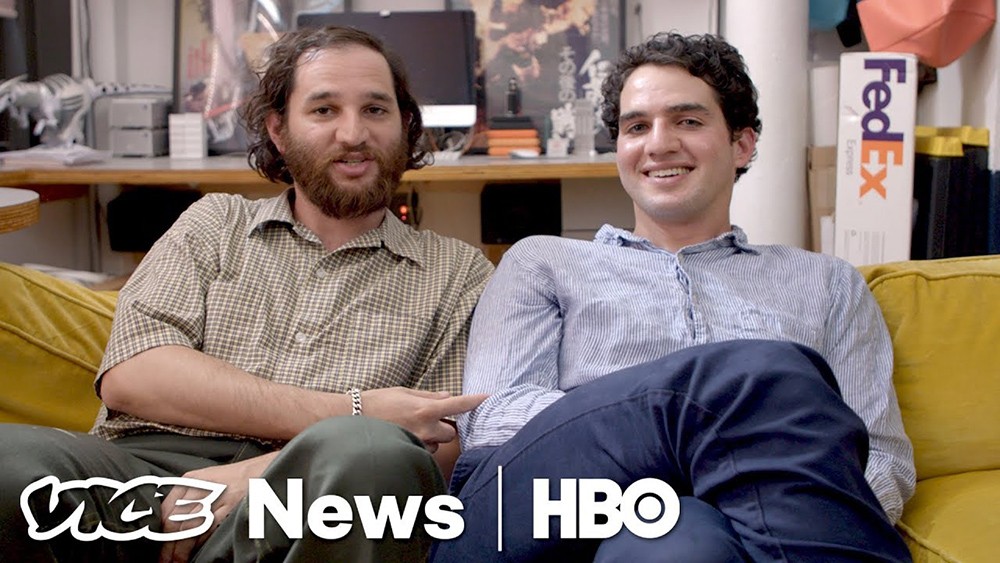 Released Christmas Day at select area theaters, Uncut Gems shows 134 minutes of Adam Sandler in an impeccable performance of a selfish, reckless, overly-optimistic man who says ‘yes’ to horribly terrible choices, more times than you could possibly count. A dreamer, a motivated, goal-oriented, American striver in a so called American dream, the protagonist, Howard, is not your classic Western hero but, possibly, a tragic one. Sandler just might win an Oscar for his very serious, iconic portrayal in a film with such a complex, thick plot: the audience won’t be able to keep track of its intricate twists and turns.

This crime comedy, written and directed by Joshua and Benny Safdie, score by Daniel Lopatin, tells the story of a sleazy New York diamond dealer named Howard, taking place over the course of only a couple of days. Mindless of ethics or morals, guilt or remorse, Howard sells diamonds at ridiculously high prices at his Midtown shop to a multitude of celebrities, such as retired basketball star Kevin Garnett. And on one day, Howard gets a shipment from Ethiopia, holding an extremely rare, rainbow-colored opal which is presumably worth millions of dollars. When Howard glares at the stone, his instincts suddenly shift.

He trades the stone for Garnett’s championship ring, only until the basketball player can win the stone when it’s on the auction block. He tells Garnett about how he feels connected to the Ethiopian Jews who dig up the opals. But because Howard owes basically everyone he’s ever worked with loads and loads of money, and as a means of paying his debts in order to not get killed, he pawns off Garnett’s ring and bets with the money in hopes of getting everything back with more cash leftover. It’s obvious to the audience that this hope is nothing but a fantasy. The shine of the opal is too hard to see past, in a dream deluded by the stark and harsh reality that you can’t always get what you want.

The film’s climax takes place inside Howard’s tiny shop in the Diamond District. The shop has poorly-constructed glass security doors that have to be buzzed open. On the inside of the locked glass is Howard, and on the outside are people who want to kill him. The score suddenly heightens the suspense with loud, intense synthesizer music that sounds like it was taken from a video game or a music video from the mid 80’s. It’s Howard facing the consequences of his actions.

Idina Menzel plays Howard’s wife, Dinah, who takes care of the family in their Long Island home. Howard is far from the perfect husband, a man who is off having an affair with his young assistant, Julia Fox, in his New York apartment. In one latter scene, Julia almost hooks up with the Weeknd in a nightclub, which then causes a very drunken fight.

Dinah, throughout the film, bears a deep hatred for Howard. Even Howard’s own daughter does not like him. His work overrides any remnant of a personal life, a family. He seems to lose all remnants of his humanity, one mistake at a time.

Joshua and Benny Safdie use the setting of New York City in glorified, edgy ways, techniques that haven’t been implemented since films from the ’70s. It’s easy to forget that a city that never sleeps is not always so beautiful, clean, or gentrified. With scenes flowing fast like a virtual video game, the film reveals the horror of chaos, dirt, poverty in a city that can’t always be so perfectly imperfect.

In a recent interview featuring Adam Sandler and Brad Pitt for Variety’s Actors on Actors series, Pitt said that even though the character of Howard makes dreadful choices in Uncut Gems, you worry about the guy. Pitt says it’s because of Sandler’s “warm-heartedness,” something the audience can always sense, no matter how bad the character is.

“Everything I do is not going right.” Howard may be right about that. But Sandler’s performance is certainly ‘going right,’ as this role might land him a much-deserved Oscar.