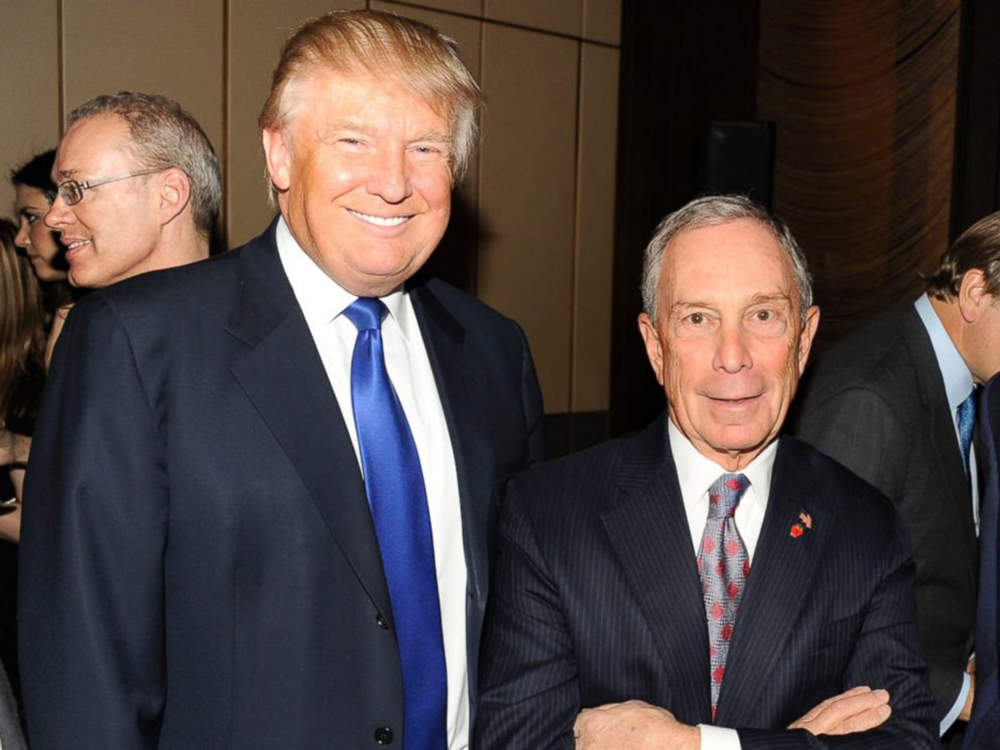 What would a Trump versus Bloomberg race for the White House in 2020 look like?

Now it’s getting interesting. It is still unclear whether former New York City Mayor Michael Bloomberg is going to enter the fray and vie for the Democratic Party nomination for president. If he does it will considerably change the dynamic of Democratic politics from whatever we believe it is today.

Interestingly, up to this point we may have thought that only by some twisted matter of fate we would end up with a Jewish president in Bernie Sanders. But now that might be changing. This might be the only article that will point this out.

In the first Bernie Sanders go-round in 2016, his strategy was to assume positions critical of Israel, perhaps because of, but certainly in spite of, the fact that by virtue of his Jewishness he might have some natural desire to look favorably at U.S.–Israel policy if he were elected president.

This time around, the Sanders approach has been somewhat adjusted. While still insisting that Israel and, in particular, Prime Minister Netanyahu, are racists, he has shared that he once lived in Israel and that family members have been lost in the Holocaust.

Bernie Sanders is more entertainment than serious candidate for the presidency so you do not hear about his Brooklyn roots, the fact that he once lived on Kings Highway, and that family members were lost to Hitler, an actual racist.

Enter Michael Bloomberg. Mr. Bloomberg has in the past flirted with the idea of running as a Democrat for president, but each time he has pulled back and decided against the idea. We all are aware of Bloomberg’s Jewishness and his support of Israel and numerous institutions in the Jewish state. Another major dichotomy between Sanders and Bloomberg is that the first is an avowed socialist (estimated worth nevertheless about $10 million), while Bloomberg is a capitalist (estimated worth $52 billion).

Here’s another difference: Sanders is a buffoon while Bloomberg is levelheaded and serious about the things he undertakes. The current Democratic parade of potential presidents from Mayor Pete to Andrew Yang might be impressed with themselves, but they do not evoke much admiration for their qualities or skills, for that matter, from Mr. Bloomberg.

Obviously, it is way too early to speculate which Democrat will run against President Trump next year. The best shot for the Democrats is not Joe Biden or Elizabeth Warren. Even their hope to defeat the president through impeachment will likely not succeed, but it is the best shot they have, in part because of the poor quality of their candidates. Impeachment is doomed once it reaches the Senate, and the Senate may have the prerogative to dismiss the so-called case and even undo in one fell swoop three years of devious Democratic efforts. But that remains to be seen.

All we can do at this juncture is speculate. So what would a Trump versus Bloomberg race for the White House in 2020 look like? For one, it certainly would be better fare for CNN and Fox than the current cavalcade of candidates. Trump is blusterous while Bloomberg is more thoughtful, even sedate. But they are, or at least were, both proud New Yorkers. If the race develops, how long will it take until the complaints start filing in from the left that the Jews and the supporters of Jews from New York are seeking to control the country? Someone at CNN is going to say exactly that sooner than later.

Bloomberg gets the new conventional Democrats to spin out of control. Yes, they hate Donald Trump but they also have no love lost for Mr. Bloomberg. Whichever candidate wins the nomination, it will take up to a billion dollars in campaign funds to win the 2020 election. Mr. Bloomberg does not have to kowtow to any one donor or collection of donors to spend the money needed. He has it and the other candidates don’t like it.

Bloomberg is not the first billionaire to toy with the idea of running. Tom Steyer and Howard Schultz (both Jewish) have considered or are considering running. Steyer’s motive is that he holds Trump in absolute contempt. Schultz has pulled out, believing that a run as an independent would hand the election to Trump.

So what about Bloomberg versus Trump on Israel? Mike Bloomberg served for 12 years as the Republican mayor of New York, but he’s a liberal Republican who can garner a great deal of support in certain areas of the country. However, because of his stance on abortion — he supports choice—it is unlikely that he can attract the support of the tens of millions of fundamentalist Christians around the country.

On Israel, I don’t believe that Bloomberg is the type of person who will say that because he is Jewish he will be the best on Israel. If anything, his Jewishness can backfire on him because, by and large, Jews in this country are uncomfortable with the idea of a Jewish president of the United States. It can come under the heading of “We have enough problems already.”

Jewish or not, it will be difficult to demonstrate greater (or even equal) support for Israel than President Trump has shown. On Israel, Trump has surrounded himself with extraordinary people who have guided him smartly and effectively. The question is how much of the Democratic platform and the new leftist philosophies that govern the party Bloomberg would adapt given the opportunity.

A two-state solution is the State Department mantra that has proven aimless and unworkable. Would Bloomberg as president try to breathe life into it? Let’s hope not.

On Jerusalem, there is little doubt that folks like Sanders or Warren would try to reverse the embassy move from Tel Aviv to Jerusalem. I don’t believe that Bloomberg would do that, but who knows what he is really thinking on that matter?

We are still many months away from the possibility of a Bloomberg–Trump match-up. For now, it will be entertaining to watch Bloomberg try to wrestle back the party from the crazed leftists. So far there’s been a lot of jockeying for position and shadow-boxing. Once the fringe candidates fall away, then it’ll be time for the main event.

Saying ” All Lives Matter” Can Get You Fired From Your Job or Killed !!

Rushing into the future that has no past