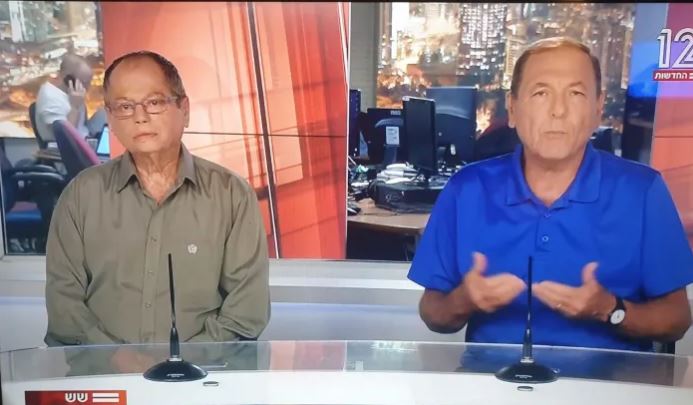 Oded Ben-Ami and Amnon Abramovich, two of Israel’s top journalists, on Wednesday prayed for the end of the Netanyahu era while broadcasting live on Israel’s Channel 12, reciting part of the Jewish prayer “Kaddish,” which is traditionally recited while mourning.

Abramovich, a political commentator for Channel 12, said that “Anyone who has announced that he is running against Netanyahu, or will run after the Netanyahu era, would like to see the era of Netanyahu finally come to an end.”

Ben-Ami then responded with an quote in Aramaic from the Jewish “Kaddish” prayer. “Soon and in our time, you mean,” he told Abramovich, who reiterated the phrase and added “Amen,” to which Ben-Ami answered with an “Amen” of his own.

Prime Minister Benjamin Netanyahu’s spokesperson responded to the incident, calling out the media for being hypocritical.

“Oded Ben-Ami and Amnon Abramovich don’t even attempt to hide their hatred for Prime Minister Netanyahu – and say Kaddish for him on live television. Just imagine what would happen if someone from the right would say Kaddish for one of the leaders on the left. They have lost their sense of shame,” he said.

Abramovich explained that he and Ben-Ami were merely talking about the candidates for heading the Likud party after Netanyahu leaves. “The reaction to our statement is manipulative and fictitious,” he responded.

Ben-Ami clarified his intentions on Twitter, saying the quote was only meant to paraphrase Abramovich.

“I would like to clarify that I summarized what Abramovich said regarding the possibility that others may be interested in the end of the Netanyahu era, using the Aramaic phrase “Soon and in our time.” Any other interpretation is misplaced and there were no hidden intentions made. I wish the prime minister a long and healthy life,” he tweeted.

Ben-Ami and Abramovich were reportedly reprimanded by Channel 12 CEO Avi Weiss, who told them there is no place for such jokes anywhere, and particularly on a news channel. They explained that their statement was misunderstood and was not meant to imply anything. (TPS)