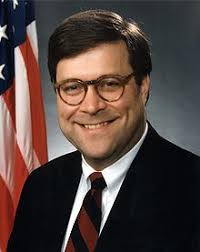 Manhattan District Attorney Cy Vance, Jr. today joined 66 current and former elected prosecutors, local and federal law enforcement leaders, and judges from across the United States to speak out against the U.S. Attorney General’s remarks in which he described certain local prosecutors as “anti-law enforcement,” and to correct factual inaccuracies in his remarks.

“AG Barr criticized the initiatives of criminal justice leaders across the nation who advocate for diverting more individuals from the justice system; using discretion to redirect precious law enforcement resources better spent on public health and prevention than punishment; and improving fairness and accountability,” the criminal justice leaders wrote. “We join this public statement to make clear that a growing number of criminal justice, law enforcement and prosecution leaders reject AG Barr’s perspective.”

“It is not the time for a return to fear-driven narratives that find no foundation in fact,” the criminal justice leaders added. “We hope that Attorney General Barr and other national leaders will understand what facts, data and lessons learned from the past have taught us as we work to wisely use limited criminal justice resources to promote safer and stronger communities.”

Earlier this week, in an unprecedented attack on the Department of Justice’s partners in local law enforcement, the Attorney General stated that “in some of our large cities,” reform-minded prosecutors “spend their time undercutting the police, letting criminals off the hook, and refusing to enforce the law.” The Attorney General further warned, without evidence, that such prosecutorial independence and discretion engenders “more crime; more victims.”

Under the leadership of D.A. Vance, the Manhattan D.A.’s Office has slashed the office’s misdemeanor and violation prosecutions by half and ended the routine prosecution of marijuana smoking and possession, subway fare evasion, unlicensed vending, nonpayment of fines, loitering for prostitution, and summons cases. D.A. Vance has established and funded Project Reset, Project Green Light, and Manhattan Hope – pre-arraignment diversion programs providing free service interventions in lieu of prosecutions – and instituted the first Conviction Integrity Program and first implicit bias review on the East Coast.

Year after year, amid these policies and programs, crime in Manhattan has reached new record lows.