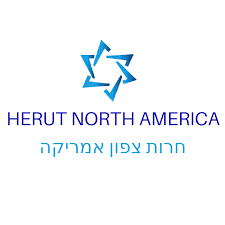 Herut North America is strongly protesting the decision by the Jewish Council for Public Affairs to hold a public program about Israel in which all three speakers are senior officials of the Israel Policy Forum, a small organization that was created by the Israeli Labor Party.

Herut North America, U.S. Division’s National Director Moshe Phillips said: “Since the JCPA claims to represent a wide cross-section of American Jewry, its public programs about Israel should feature diverse viewpoints—and speakers who represent groups that were created by an Israeli political party should be identified as such. It’s time for the JCPA to embrace the principles of diversity and truth in advertising.”

Herut North America’s letter, signed by Moshe Phillips and by Karma Feinstein-Cohen, the Executive Director of World Herut, protesting this politicization and lack of diversity was sent today to the JCPA leadership, with copies to the leaders of all of the 17 national member agencies of the JCPA. See letter below:

Dear Mr. Bernstein and Mr. Dubin:
We are writing to protest the decision by the Jewish Council for Public Affairs to host a webinar concerning Israel in which all three speakers represent an organization associated with one small Israeli political party.
The webinar, “Ramifications of West Bank Annexation,” is scheduled to take place on June 6, 2019. According to the JCPA’s announcement, the only three speakers will be Michael Koplow, policy director of the Israel Policy Forum; David A. Halperin, executive director of the Israel Policy Forum; and Sierra DeCrosta, programs manager of the Israel Policy Forum.
The Jewish Telegraphic Agency reported on April 15, 1993, that the Israel Policy Forum was being created by Israel’s Labor Party in order “to support the party’s ideas.” (https://www.jta.org/1993/04/15/archive/the-diaspora-lag-labor-supporters-in-u-s-face-task-of-re-educating-jews-about-israel). On May 20, 1994, the JTA described the Israel Policy Forum as “an American Jewish group linked to the Israeli Labor Party.” (https://www.jta.org/1994/05/20/archive/american-jews-still-strongly-support-peace-process-according-to-new-survey). Similar characterizations have appeared in the New York Times (September 3, 1994) and other major news media.
The IPF’s own leading supporters have not been shy away about the group’s origins. Just two months ago, Rabbi John L. Rosove (co-chair of the J Street Rabbinic Cabinet) wrote in the Times of Israel (https://blogs.timesofisrael.com/the-politicization-of-israel-by-the-republican-party-and-aipac/) that “Yitzhak Rabin called upon Jonathan Jacoby to create a new American political organization called ‘The Israel Policy Forum’ …The IFP served as the precursor to J Street.”
We would like to emphasize that we are not objecting to having an Israel Policy Forum representative as one of several speakers on your program. We are not objecting to any Israel Policy Forum officials speaking anywhere, at any time. This is not an issue of free speech. This is an issue concerning two important principles: diversity, and truth in advertising.
1. The principle of diversity: The JCPA speaks on behalf of 17 national Jewish agencies and 125 community relations councils, whose leaders and members hold a wide range of political and religious views. Therefore the JCPA’s public programs should present a range of American Jewish views, not merely the views of one small segment of the community. It is not appropriate for the JCPA to hold an event in which all three speakers represent the same point of view, and all other points of view are excluded.
In this case, the lack of diversity is even more glaring because the Israel Policy Forum was founded by an Israeli political party which won only six Knesset seats in the most recent Israeli election, and therefore can be said to represent only 5% of the Israeli public.
2. The principle of truth in advertising: If a JCPA event includes a speaker representing an organization that was created by a specific political party, the public should be informed of this fact.
We urge to you take immediate steps to diversify the speakers for the webinar.
Best Regards,
Karma Feinstein-Cohen
Executive Director
World Herut