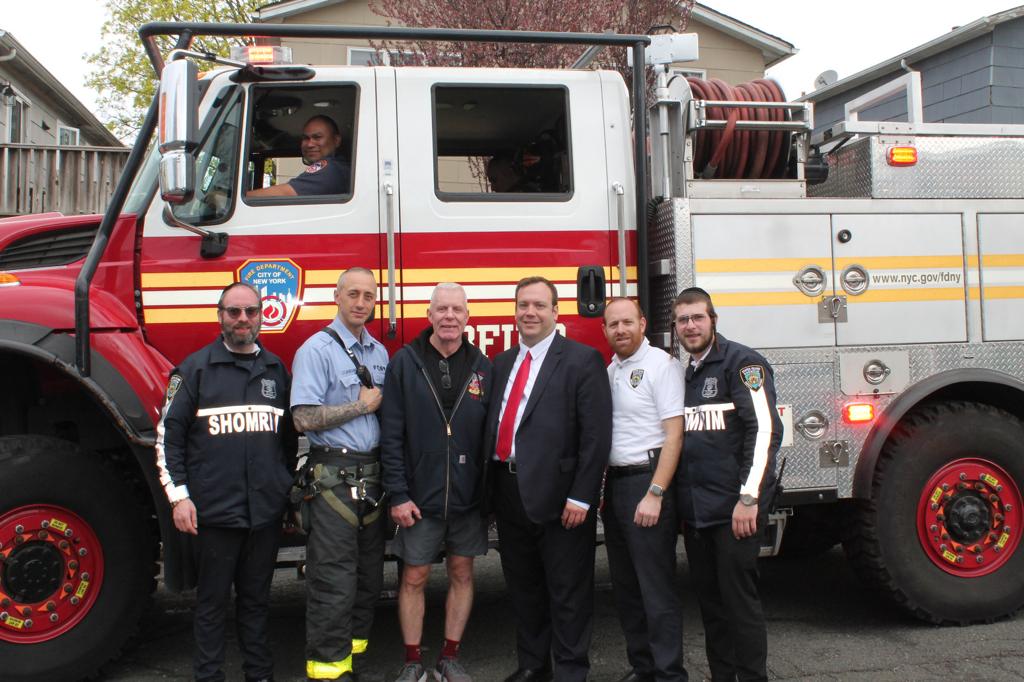 With Passover season upon us, April 19, 2019, marked the Annual Bread Burning/Biur Chometz which was organized by the Staten Island Council of Jewish Organizations Security Committee.  This annual holiday event was coordinated by COJO-SI together with the NYPD, FDNY, DSNY, Shomrim, Hatzolah and Chaverim.  The COJO-SI Security Committee oversaw the burning of the chometz, and garbage removal.

Mendy Mirocznik, president of COJO gives a special thanks to Security Committee and to its Chairs Scott Maurer (COJO CEO & Executive Vice President) and Ari Weiss ( Executive Coordinator of the Staten Island Shomrim) for their efforts in coordinating with the NYPD, FDNY, DSNY and our community.  As always Scott and Ari and the Shomrim Members did an outstanding exemplary job.

As the central coordinating agency for the Island’s Jewish Community, COJO-SI wishes all a Happy Holiday season, a Zisse Pesach and a wonderful spring.

Listen to a Special Shavuot Message