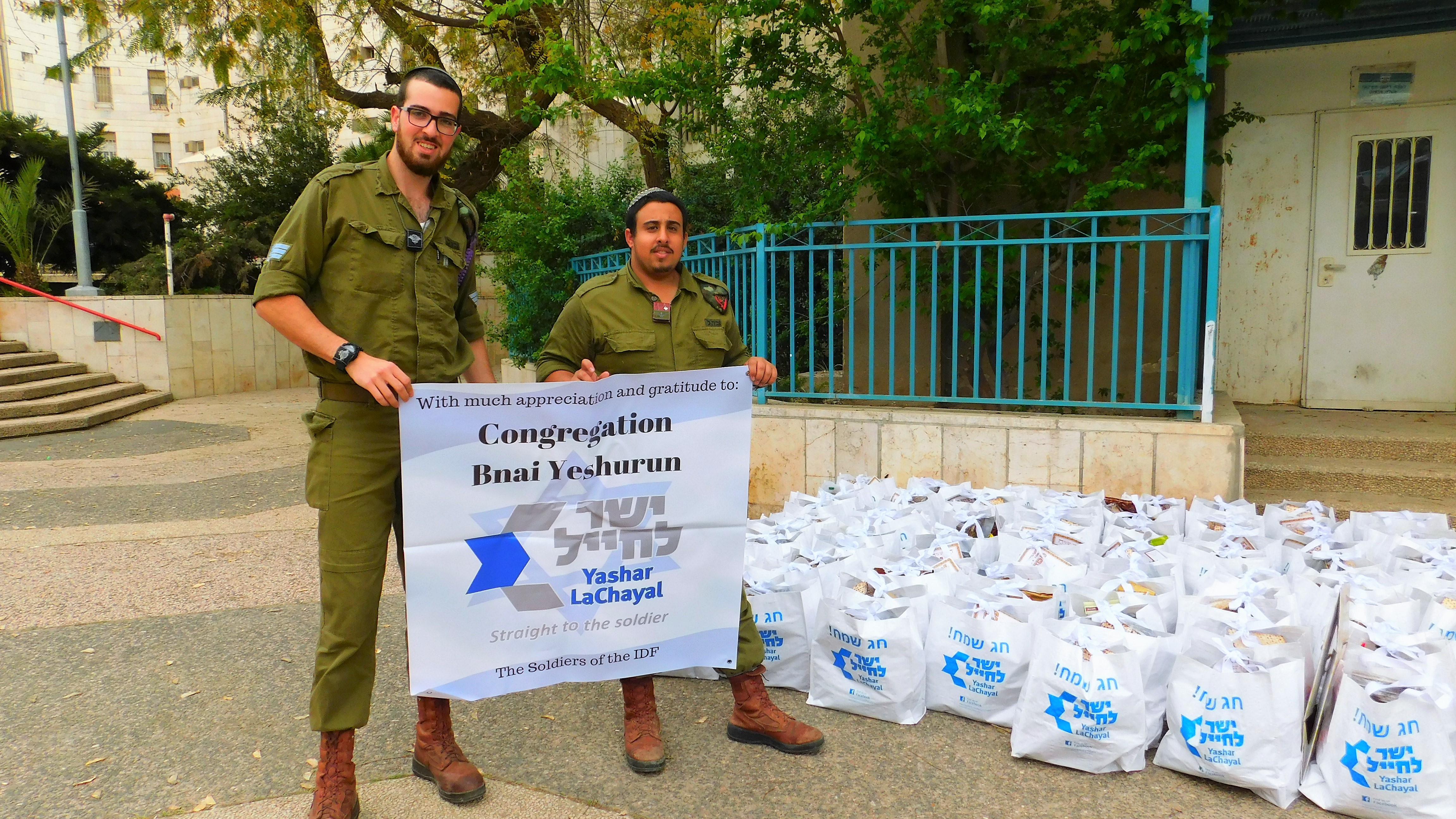 Jerusalem, Israel – Passover is a joyous time for Israel’s soldiers. Many are on leave from the
army and return home to celebrate the traditional Seder meal. However, holiday joy is
tempered with worry and stress for those soldiers who come from families which struggle
financially. While on base they would be treated to a delicious Seder meal by the army, at
home the situation is more difficult, with food needing to be shared with parents,
grandparents, and siblings. Additionally, “lone soldiers” (orphans, those who immigrated to
Israel alone, and anyone else who for whatever reason receives no financial support from
their parents) also struggle financially and have trouble arranging and paying for their
holiday meals while on leave from the army.
To address this unfortunate situation, every year before Passover (and before Rosh Hashana
as well) hundreds of such soldiers are provided with large food packages by Yashar LaChayal,
a non-profit organization dedicated to providing humanitarian aid for soldiers of the Israel
Defense Forces. Besides basic food supplies to help the soldiers and their families with
preparing for the holiday meals, the Passover packages also contain special additions for the
Seder: Grape juice, decorative grape juice cups, Passover cake and cookies, Matzah, and
Haggadahs (books traditionally read during the Seder)!
On April 15 in Ma’ale Adumim, Yashar LaChayal’s volunteers put together food packages for
850 soldiers from over a dozen units throughout the Israel Defense Forces. The units
included the Golani, Nachal, and Kfir Brigades, Home Front Command, the Netzach Yehuda
Battalion (a special unit populated by soldiers from ultra-Orthodox backgrounds), Egoz
Special Forces, the Iron Dome unit, and Arayot HaYarden, one of Israel’s first coed infantry
units. Throughout the day, representatives of each unit arrived to pick up food packages for
those in their units who will benefit from them. In addition, assistance was provided to
bereaved families of soldiers who fell in Israel’s defense.
The food packaging event was supported by the municipality of Ma’ale Adumim and was
attended by Mayor Benny Kashriel. Besides individual donors from around the world, large
quantities of the food packages were sponsored by organizations and Synagogues which
support Israel’s soldiers through Yashar LaChayal. The Synagogues include the following
ones from New Jersey: Congregation Bnai Yeshurun of Teaneck, the Young Israel of East
Brunswick, and the East Brunswick Jewish Center.
For more information about Yashar LaChayal and its other projects which support Israel’s
soldiers, visit: www.yasharlachayal.org and facebook.com/yasharlachayal.