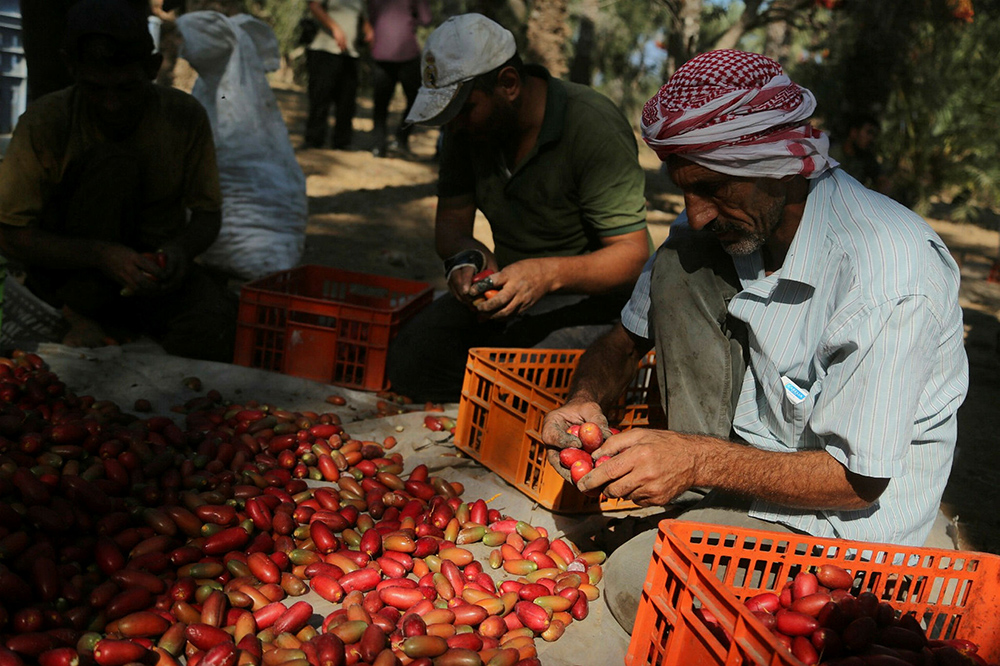 Israel’s ban on all agricultural produce coming from the Palestinian Authority (PA) took Effect Sunday morning, several months after the PA launched a boycott against Israeli produce. Photo by Majdi Fathi/TPS on 9 February, 2020

The PA announced its ban on the purchase of Israeli livestock in mid-September. Israel has since issued several warnings and took action only on Sunday.

Defense Minister Naftali Bennet stated last Sunday that agricultural imports from the PA were halted “due to the boycott of the Israeli calves, which severely harms hundreds of Israeli farmers.”

The decision came after months of repeated attempts by the Israeli defense establishment to resolve the crisis, which has “led to severe and ongoing damage to the cattle breeders sector in Israel and the collapse of hundreds of farms in the industry,” the defense ministry stated.

“When the Palestinian Authority chooses to stop its unilateral moves and bring the situation back to normal, the defense ministry will reconsider its decision” it stated.

This includes a ban on all PA agricultural exports to world markets through Jordan.

TPS has learned that the PA’s boycott of the purchase of livestock from Israel is being promoted by senior PA and Fatah officials who stand to gain from a change in the market.

Sources within the PA have told TPS that while the boycott is being presented as a national struggle against Israel, the boycott is being promoted by Yasser Abbas, son of PA head Mahmoud Abbas, and by Azzam al-Ahmed, a senior Fatah official, who have shown interest in importing calves from Portugal and Hungary, a shift that gave them control of the market.

An Israeli source told TPS that Yasser Abbas receives NIS 100 for every calf transferred into the PA. The Israeli security establishment is aware of this information, he noted.

“It appears that the objective of the crisis is to open the market to Palestinian importers who have connections and status in the PA,” a source in Ramallah told TPS. The boycott is also meant to inflict economic damage on Israel. However, a shortage of meat for slaughter in the PA has sent the prices sky-rocketing, and some sources say there has been a 25% markup.

The PA has announced over the past months that it intends to fully disengage from the Israeli economy, a move analysts warned could collapse the PA’s economy.