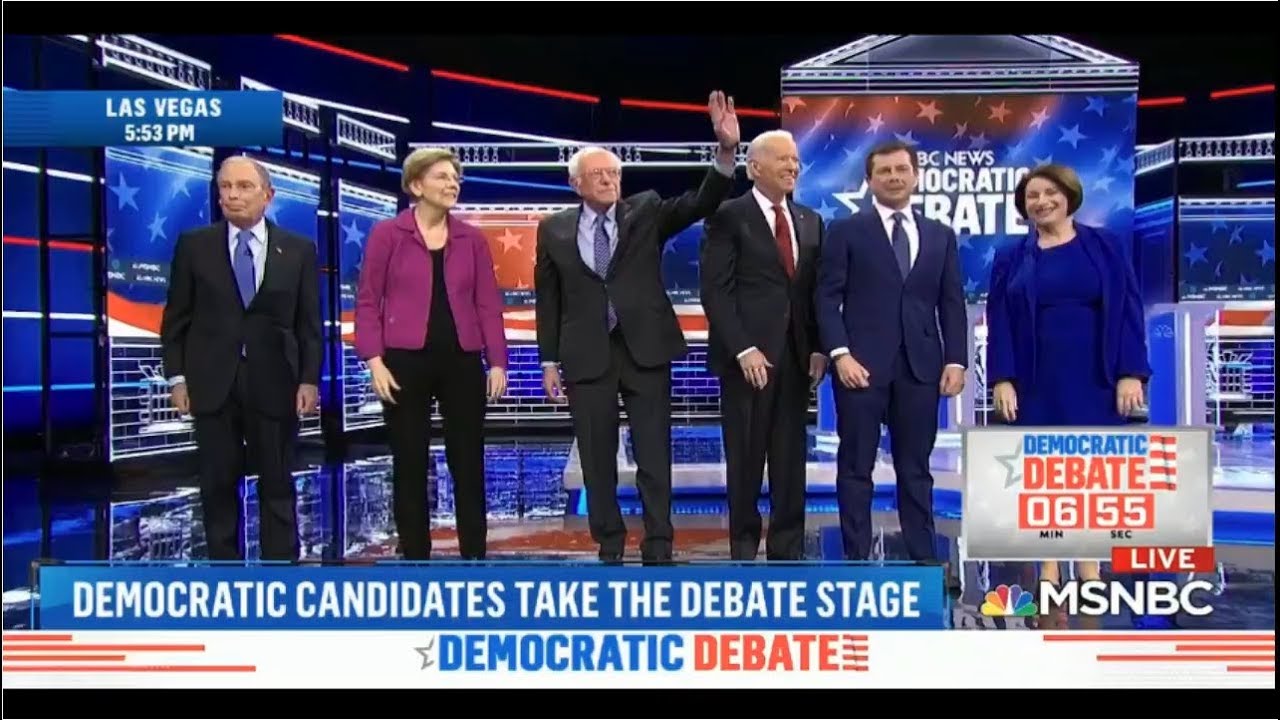 Former New York City Mayor Mike Bloomberg made his national debate debut tonight as he joined the other Democratic contenders for the White House in 2020 on a stage in Las Vegas. Photo Credit: YouTube.com

Former New York City Mayor Mike Bloomberg made his national debate debut tonight as he joined the other Democratic contenders for the White House in 2020 on a stage in Las Vegas. Only days before the Nevada caucuses, the candidates battled vociferously with one another. At the beginning of the debate, Senators Elizabeth Warren and Bernie Sanders went after Bloomberg’s jugular with scathing accusations of being a racist and sexist and supplying evidence proving that he was. According to a CNN report, Bloomberg had been practicing for tonight’s debate for several weeks, spending countless hours with a team of advisers who have been preparing him to go toe-to-toe with his Democratic rivals.

Unfortunately, the tutelage he received was not sufficient. Bloomberg appeared unprepared and was not nearly as aggressive as his opponents.

According to a CNN report, the former New York City mayor was asked about sexually suggestive comments he’d made in the 1990s, and claims from women that Bloomberg LP was a hostile workplace for women. He responded by touting his company as being ranked highly as a place for women to work now, and pointing to female executives at his company and foundation.

CNN reported that Elizabeth Warren interjected, saying: “I hope you heard what his defense was: I’ve been nice to some women. That just doesn’t cut it.”

She asked Bloomberg whether he would release women who had signed non-disclosure agreements from those agreements so that they could describe their experiences.

Bloomberg essentially denied that he was a racist and sexist; refusing to say that he would allow female employees who worked for his company to opt out of their non-disclosure agreements regarding sexual harassment claims.
CNN reported that Warren responded by asking if he’d release women who don’t wish to keep their experiences quiet live on television. Bloomberg said he wouldn’t — and Warren responded that he was keeping women “bound and muzzled” and that their stories would become a liability in a general election against President Trump.

Joe Biden jumped in, pointing out that Pete Buttigieg had asked his former employer, McKinsey, a major consulting firm, to release him from non-disclosure agreements that prohibited him from listing the companies he’d worked for, as was reported by CNN.

“It’s easy. All the mayor has to do is say, you are released from the non-disclosure agreements, period,” Biden said.

But Bloomberg wouldn’t budge. “I’m simply not going to end these agreements because they were made consensually and they have every right to expect they will stay private,” he said.

The aggressiveness and ad hominem attacks were not limited to targeting Mike Bloomberg. Polls say that Bloomberg’s approval rating is increasing in the polls.

CNN reported that Senator Amy Klobuchar and former South Bend, Indiana Mayor Pete Buttigieg sparred over the Minnesota senator forgetting the name of the president of Mexico on Wednesday night, with the senator eventually asking the former mayor directly if he was “saying I’m dumb.”

Klobuchar and Tom Steyer both couldn’t name the president of Mexico when asked during a Telemundo interview while campaigning in Nevada this week, as was reported by CNN. Klobuchar, when asked if she knew the president’s name, simply said no.

The senator looked to explain her misstep by saying that she didn’t think “momentary forgetfulness actually reflects what I know about Mexico and how much I care about it.”

“I said I made an error,” Klobuchar said. “I think having a president that maybe is humble and is able to admit that here and there maybe wouldn’t be a bad thing.”

Public opinion polls in Nevada show Sanders as the clear leader, but after that the race is less clear with different polls showing varying levels of support for Warren, Biden, Klobuchar and Buttigieg.

A Las Vegas Review Journal poll released last week had Sanders with 25% support, followed by Biden at 18%, Warren with 14%, billionaire Tom Steyer at 11%, and both Buttigieg and Klobuchar at 10%.

Steyer failed to qualify for the debate, after participating in the past five events.

Candidates sought to appeal to a different demographic makeup this time after competing in two overwhelmingly white states.

“So for instance, Buttigieg performed quite well in New Hampshire and in Iowa, but then does that translate to the core Democratic support? A lot of the core support is African Americans and now to a growing extent Latino voters,” Lee said. “So how he performs in Nevada is going to go a long way to saying exactly how viable he truly is.”

Democrats will compete again this month in South Carolina, before the contest really expands March 3 with voting in 14 states, including huge prizes California and Texas.