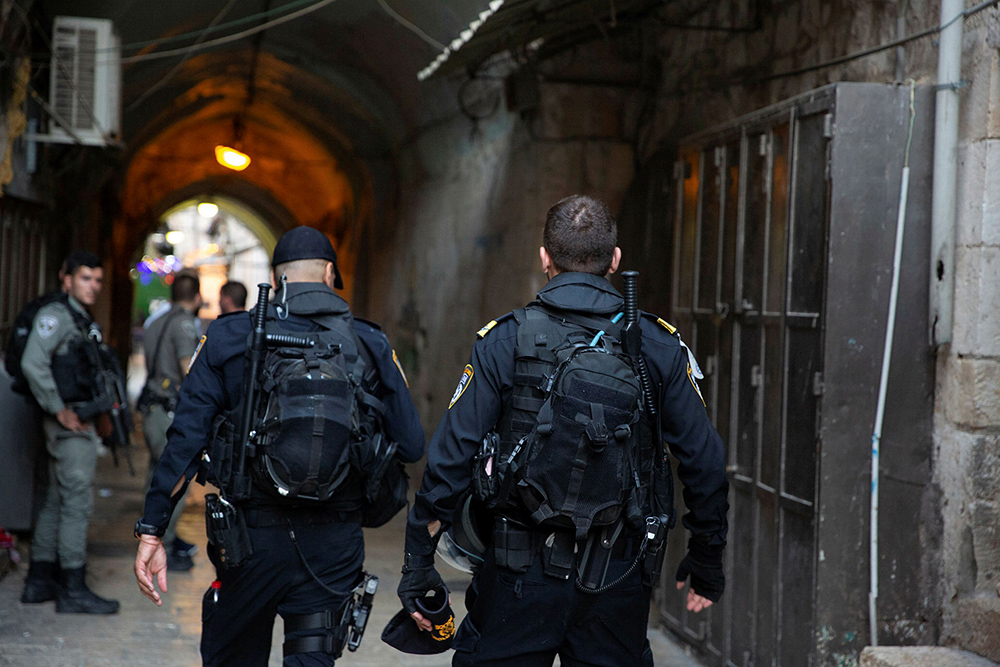 The Jerusalem District Court on Monday ordered two terrorists who launched fireworks directly at an Israeli family’s home in the Old City of Jerusalem to compensate the family members for NIS 305,000 and pay the attorney’s fees of NIS 40,000. Photo by Esty Dziubov/TPS on 13 January, 2020

The Jerusalem District Court on Monday ordered two terrorists who launched fireworks directly at an Israeli family’s home in the Old City of Jerusalem to compensate the family members for NIS 305,000 and pay the attorney’s fees of NIS 40,000.

This ruling is the result of a civil lawsuit filed by the family after the terrorists were convicted in a criminal proceeding.

The attack occurred about a year ago during the night while the mother of the family, her married daughter, the daughter’s husband and their baby daughter, who at the time of the attack was only eight days old, were in the house.

This family has already lost a member in a terror attack in Jerusalem a few years ago.

The lawsuit describes how at about 10 pm the attackers gathered on the roof of a school near the family home, equipped with gloves and fireworks. They began firing fireworks at the family home which “exploded with a mighty bang.”

The mother, who was in the yard, rush into the house, and the assault lasted for several minutes. The terrorists aimed the fireworks directly at the home, its windows, the home yard as well as at the security cameras on the premises.

According to the lawsuit, there were no bodily injuries but the victims felt under attack for all intents and purposes, experienced a sense of dread and real danger, this while the family came to the place to rest after the birth of the baby daughter, who woke hysterically to the sound of explosions.

Although some of the attackers were convicted in a criminal proceeding and were sentenced to imprisonment and fines, the court did not order them to compensate the family.

The lawsuit stated that for attempted assault under aggravated circumstances, malicious damage and reckless and negligent conduct, the terrorists must compensate family members for a total of NIS 305,000.

Haim Blicher, a lawyer with the Honenu legal rights organization who represented the family, stated that “we will continue to work to exact a high price from any terrorist or perpetrator whose goal is to undermine our right to live here in the State of Israel.”

The objective is to convey “a clear message that harming the Jews will never again be worthwhile,” he added.