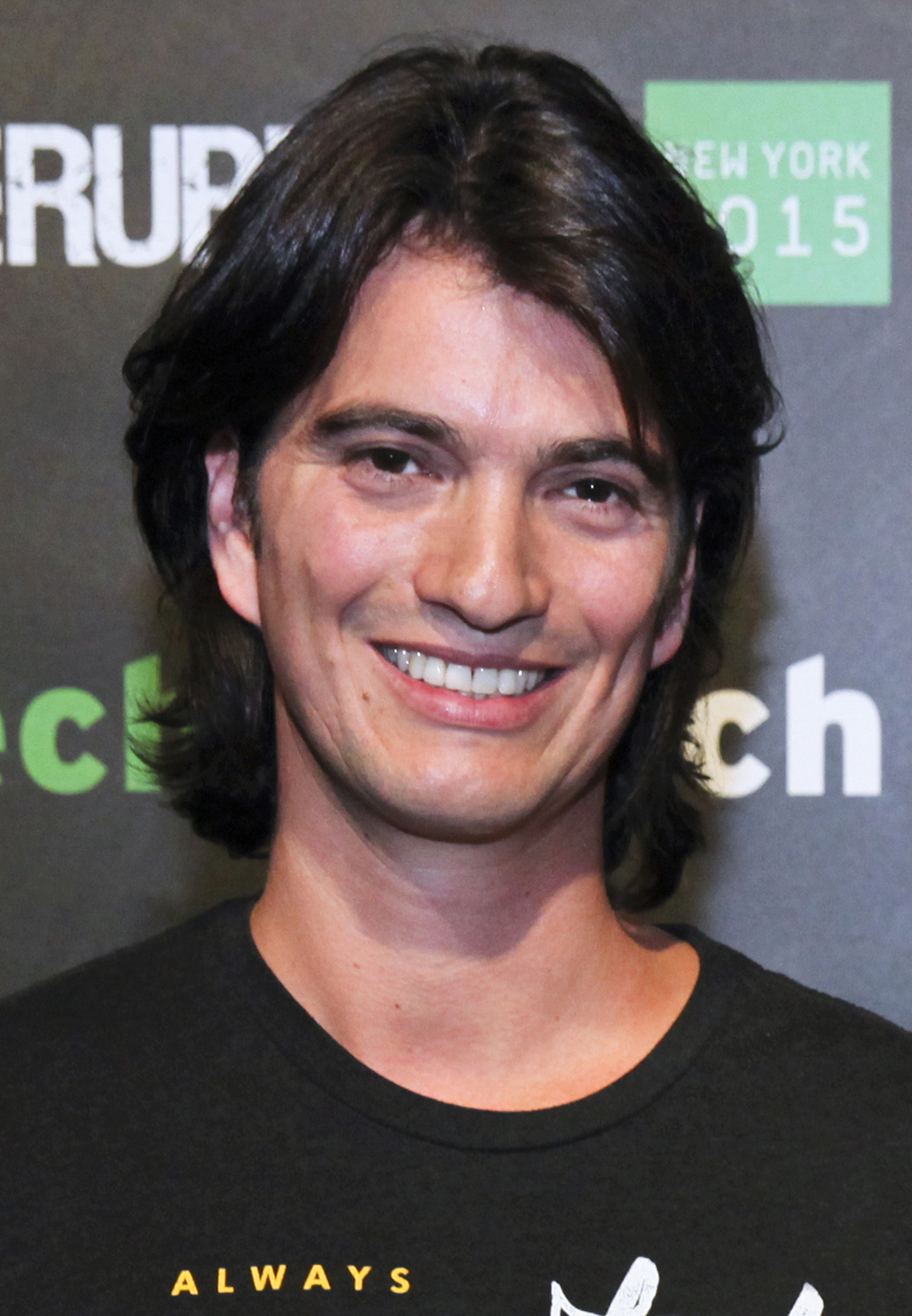 Former WeWork CEO Adam Neumann and his wife, Rebekah, are reportedly in search of a luxury apartment in the Big Apple’s Upper East Side. Photo Credit: Wikipedia.org

Former WeWork CEO Adam Neumann and his wife, Rebekah, are reportedly in search of a luxury apartment in the Big Apple’s Upper East Side. The 40-year-old who co-founded the office-share giant in 2010, watched his own net-worth plunge this year from$4.1 billion to an estimated $600 million, as per Forbes. This, however, has not stopped the business man from seeking out a new posh apartment within his means.

As reported by the NY Post, the couple recently looked with interest at a $45 million duplex penthouse at 1010 Park Avenue. The home originally was asking $50 million in 2017. The newly built condominium apartment features four bedrooms, 5½ bathrooms, a library with a bar, and an oversized terrace overlooking Park Avenue. The light-filled 6,745-square-foot pad also includes a formal dining room and an entertaining room with ceilings over 12 feet high. Currently, the listing includes a “buyer incentive” in which the sponsor will even pay two years of common charges for deals inked prior to Thanksgiving.

The building , developed by Extell, offers amenities including a 50-foot heated indoor saltwater pool, a gym, a circus-themed children’s playroom, a drawing room for entertainment purposes and a screening room. As expected, the 15-story limestone clad building, housing only 11 homes, also has a lobby with a 24-hour doorman and concierge. The listing brokers, Hilary Landis and Beth Benalloul, from Corcoran, declined to comment. Neumann’s lawyer and publicist also did not respond to requests for comment.

According to Gimme Shelter, Neumann and his wife were originally interested in the more exclusive Fifth Avenue Co-ops. With the help of WeWork’s former head of commercial real estate Mark Lapidus, they looked at posh apartments at buildings like 720 Park Ave., where tenants include Leonard Riggio the founder of Barnes & Noble, Peter Kraus the former CEO of Alliance Bernstein, and Mark Newhouse exec at Condé Nast.

Rumor has it that Neumann was snubbed out of entry to those building, even though his rep denies having been rejected. “Adam showed up to one hoity-toity Upper East Side co-op in flip flops and ripped jeans; it did not go over well,” an insider told Gimme Shelter. “He seemed to think anyone would want him. But they don’t care how much money you have. It’s never just about money on the Upper East Side.” That’s when the pair reportedly started looking at condos, where no board approvals are required. “They looked at every big, expensive apartment on the Upper East Side,” added another source.

A rep for Neumann and Mark Lapidus had responded regarding the rumored Fifth Avenue rejections to say, “This story is completely false,” adding, “Mark walked into those buildings as a favor to a broker and left within five minutes. There was never any thought of the Neumanns living there, nor a discussion with anybody about them applying.”