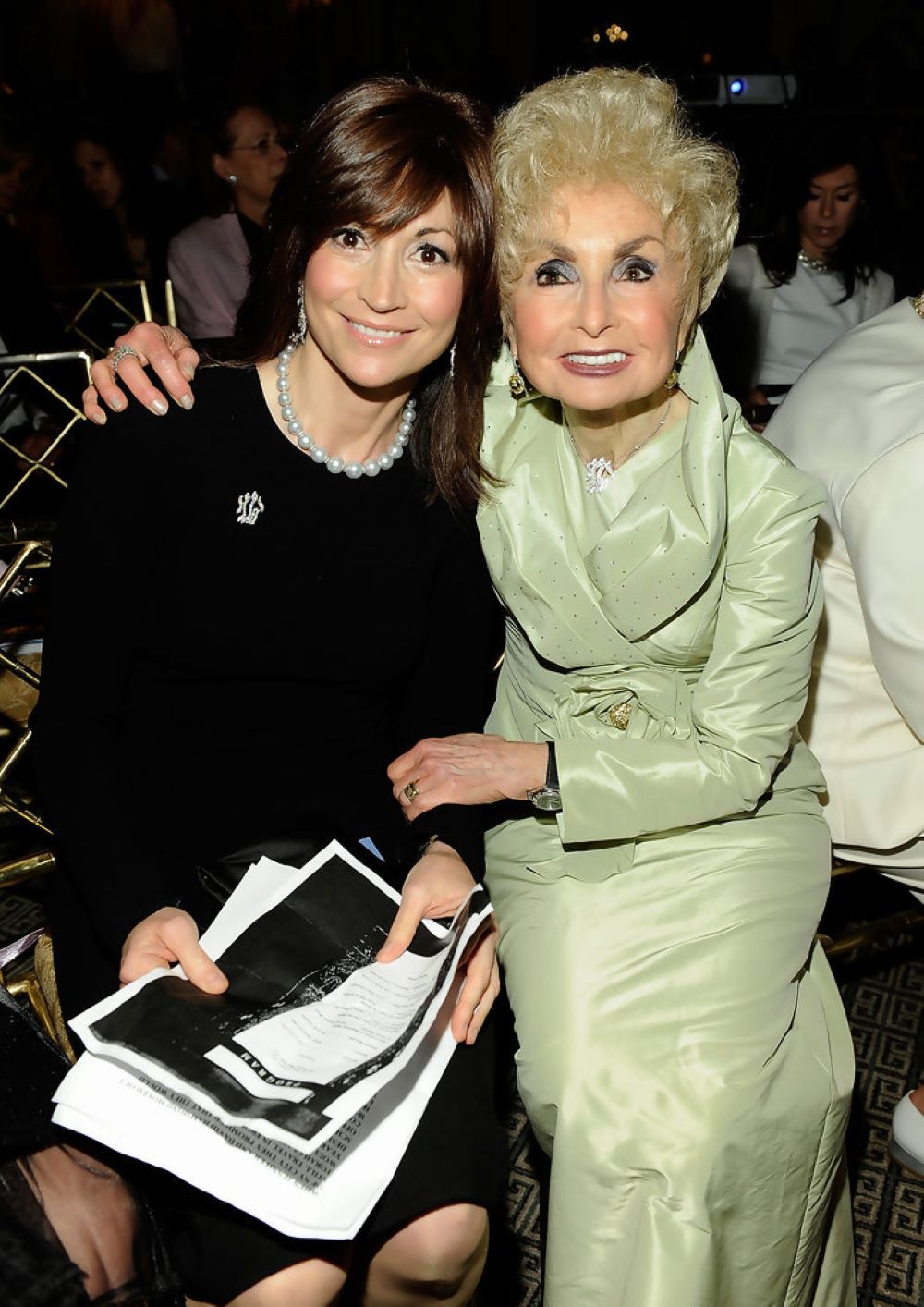 The author, Slovie Jungreis-Wolff is pictured here with her late mother, Rebbetzin Esther Jungreis, a’h. Mrs. Wolff writes of the harrowing stories told to her by her mother of the terrifying experiences she endured during the nightmarish Holocaust years. She writes: “My mother, Rebbetzin Esther Jungreis, of blessed memory, described being deported from her home in Szeged, Hungary. She was a little girl when the Nazis awakened her from her sleep. My grandparents were given just a few moments to get ready and then they were thrown into the night. German shepherd dogs were barking. There was shouting and screaming. Terrified, my mother stood in the street holding in her arms her favorite doll for dear life, the only thing she was able to take with her”.

Bond in unity and stand up as proud Jews

As anti-Semitic incidents rise at an alarming rate, I am listening carefully to the message of Purim.

The Jewish people were frightened, faced with threat of annihilation. Haman’s hatred hung over the nation like a dark cloud. King Achashverosh told Haman “to do with as you see fit.” Letters were sent with permission to “destroy, to slay, and to exterminate all the Jews, from young to old, children and women…”

In such dire circumstances who could keep hope alive?

My mother, Rebbetzin Esther Jungreis, of blessed memory, described being deported from her home in Szeged, Hungary. She was a little girl when the Nazis awakened her from her sleep. My grandparents were given just a few moments to get ready and then they were thrown into the night. German shepherd dogs were barking. There was shouting and screaming. Terrified, my mother stood in the street holding in her arms her favorite doll for dear life, the only thing she was able to take with her.

My mother noticed her friend, Marta, the daughter of the non-Jewish caretaker of the synagogue. The two girls had always played together. Marta was standing there with her father. She approached my mother and for a moment my mother thought that at least this little friend was coming to say goodbye.

As Marta came close, she grabbed the doll.

My mother began to cry. “This doll is mine! Give me back my doll!”

“My father said I could take whatever I want. You can’t keep anything.”

Father and daughter looked at her, laughing. Then Marta’s father sneered, “You are a dirty Jew. And you need to learn the facts of life. Where you are going you won’t need any toys.”

He spat on the ground.

“But you don’t have to worry,” he added. “Marta will take care of all your things.”

My mother was deported to Bergen-Belsen.

How many times was the world ready to bid farewell to the Jews? How often have they vowed to throw us into the sea, to terrorize us, delegitimize our very breath and destroy our children?

My mother’s transport was halted in Linz. They were loaded off the cattle cars. Heads were shaved. Amidst the sobbing, my mother found herself herded into a shower. They later realized this was also a gas chamber. My mother felt as if life had come to an end. She no longer felt as if she was a human being. She could not bear to glance at her beautiful mother who was shorn of all her grace and dignity.

At that moment of suffocating darkness, something incredible occurred.

My mother put her hand into her pocket and discovered a crumpled piece of paper inside. She pulled it out and carefully unfolded its fragile ends. It was a page from a prayer book. My grandfather had secretly placed the holy paper inside as a message to his little girl. The words of the Shema filled my mother’s heart with hope. The message was clear: No matter what happens, no matter where life takes you, know that you never walk alone. My dear child you are part of the Jewish people. God is watching over you; never lose your faith.

There are times we search for God’s hand and feel despair. We long for clear vision. We cannot understand what is happening. It feels as if the presence of God is concealed. But we must know that beneath all the confusion there is a Divine plan. God is guiding us. We will survive.

This is the message of Purim.

It is Queen Esther, herself, who calls out to us until today.

Esther is alluded to in the Torah with the Hebrew expression “hastir astir”- I, God, will hide My face. There are times of darkness when we feel that God’s face is hidden. In the Book of Esther, God’s name does not appear. We may not always see or be cognizant of God’s hand in our life, but we need to know that His presence is guiding us, to pierce the veil of nature and search for the light behind the clouds.

That terrible night when my mother was woken from her bed and cast off for deportation, Marta and her father likely believed that they were done with the Jews. The Nazis could never have fathomed that one day the Jewish people would walk through the streets of Jerusalem and wash the stones of the Western Wall with our tears.

That page of the Shema sustained not only my mother, but an entire generation of Jews. We cannot afford to give up on ourselves.

Let us never give up hope. Instead, let us embrace the words of Queen In times of trouble, Queen Esther told us what we must do. She asked that we bond in unity, stop hurting one another, and join together in prayer. This is the time strengthen your Jewish pride.

As we contemplate the rising anti-Semitism that is spreading throughout the world, the hatred of the BDS movement and the threats to our land, we must take a moment to think. We have faced cruel enemies before. We have suffered through pogroms, inquisitions, crusades, Holocaust and murderous terror attacks. But we are still here, continuing to tell our unique story.

Let us never give up hope. Instead, let us embrace the words of Queen Esther: “Go, gather all the Jews.” Become one. Reach out to someone with kindness. Make a difference in the life of another, even if it’s just through a good word or a bright smile. Say a prayer and stand up for the Jewish people.

Together we can turn sorrow to gladness and darkness to light. (Aish.com)

Slovie Jungreis Wolff is a noted teacher, author, relationships and parenting lecturer. She is the leader of Hineni Couples and daughter of Rebbetzen Esther Jungreis. Slovie is the author of the parenting handbook, Raising A Child With Soul. She gives weekly classes and has lectured throughout the U.S., Canada, Mexico, Panama, and South Africa. You can reach slovie at [email protected]