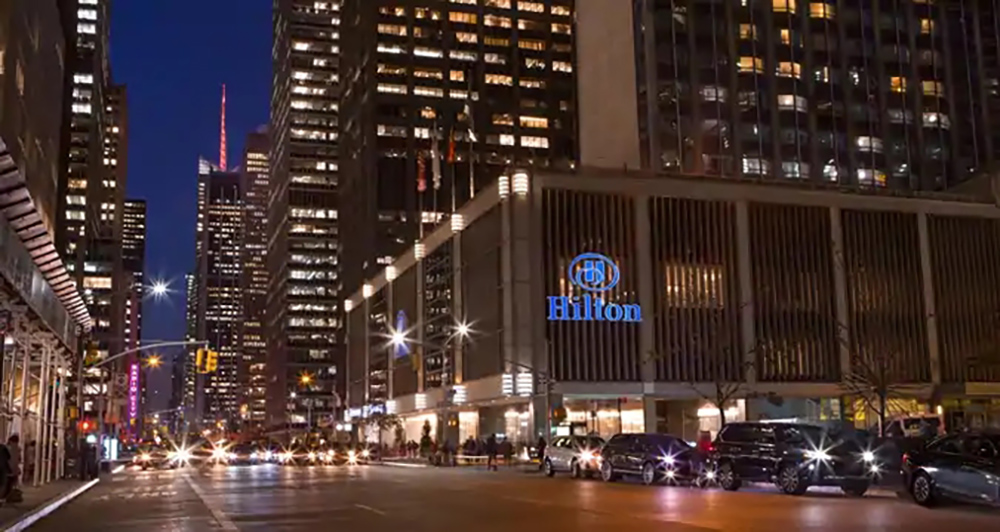 “With hotels practically empty — the 1,878-room Hilton Midtown is completely shut down — the city’s hospitality business has been hammered by the virus-driven halt in tourism, events and conventions. The drop-off for hotels is worse than after 9/11 or during the 2008 financial crisis, operators say,” according to the New York Post. Photo Credit: Hilton.com

New York City’s hotel rooms are occupied – but not in a way that makes any one especially happen.

The US Army Corps of Engineers has announced a strategy that includes commandeering up to 10,000 hotel rooms, college dormitories and other spaces for medical services.

“With hotels practically empty — the 1,878-room Hilton Midtown is completely shut down — the city’s hospitality business has been hammered by the virus-driven halt in tourism, events and conventions. The drop-off for hotels is worse than after 9/11 or during the 2008 financial crisis, operators say,” according to the New York Post.

Additional rooms are to be used at the now-empty dorm rooms at New York University.

The Army Corps wants to contract with hotels, colleges and maybe sports arenas, Army Corps Lt. Gen. Todd Semonite said at a briefing. “We would then take the building over in a period of an exceptionally short amount of days, and we would go in and turn this into an ICU-like facility.”

The Army Corps of Engineers has also been busy making room for the ill with a recommendation that four temporary hospital sites in New York State be opened in an effort to address imminent capacity issues resulting from the COVID-19 pandemic.

Hospitals at the SUNY campus sites will be constructed indoors with outdoor tent support and the dormitories on the campuses will be used for healthcare staff to stay while working at the sites.

Cuomo also announced that FEMA will erect four additional federal hospital facilities within the Javits Center, in addition to the temporary hospital to be constructed by the Army Corps. Each of the four federal hospitals will have 250 beds and come fully equipped and fully staffed by the federal government.

Cuomo said the state is continuing to quickly identify sites to repurpose existing healthcare facilities to be used as temporary hospitals. The state on Saturday leased the Brooklyn Health Center for Rehabilitation and Healthcare to serve as a temporary hospital with capacity up to 600 beds.

He also called on the federal government to immediately implement the Defense Production Act and nationalize the contracting and acquisition of medical supplies. New York State is already seeing a shortage in medical supplies and personal protective equipment–or PPE–including masks, gloves, gowns and ventilators. This shortage is also impacting other states, leading to price gouging by companies, hospitals competing with one another and states competing with other states and even other countries for supplies. Implementing the Defense Production Act would give the federal government legal authority to mandate private companies to manufacture these critical supplies for all states.