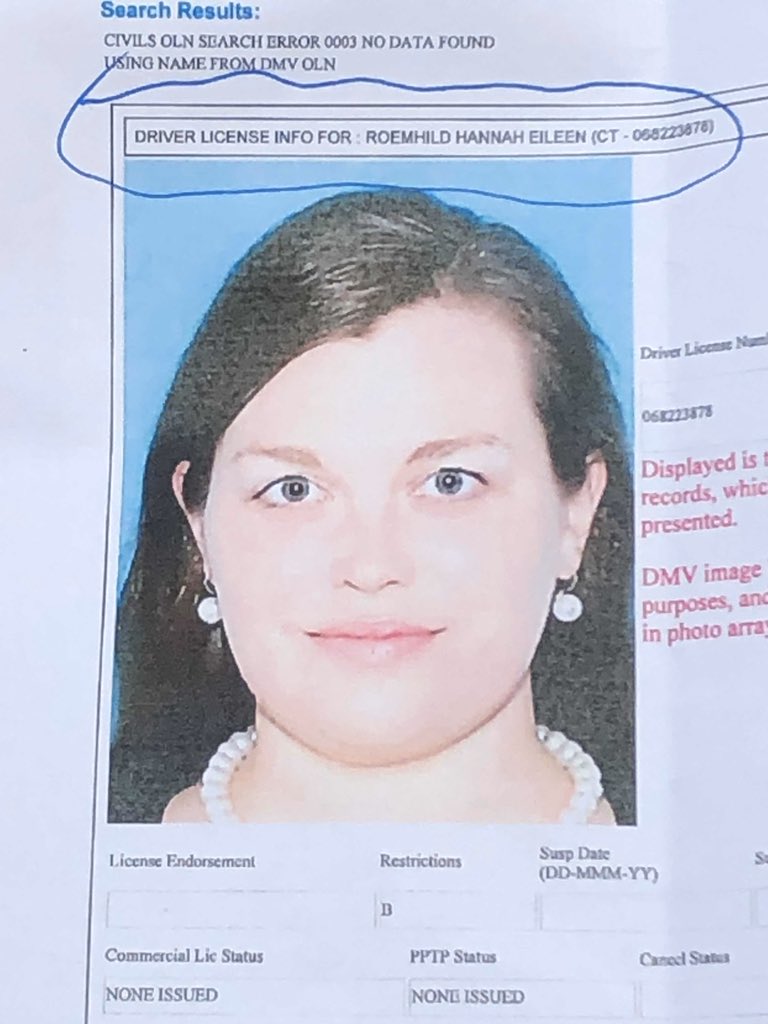 Hannah Roemhild, 30, is a opera singer who hails from Connecticut, according to published reports.  Photo Credit: Twitter

A woman who was charged with using an SUV to blast through barricades outside President Trump’s Mar-a-Lago estate in West Palm Beach drawing law enforcement gunfire, refused to appear in court Saturday, delaying her initial appearance, according to an AP report.

Hannah Roemhild, 30, is a opera singer who hails from Connecticut, according to published reports.

Palm Beach County Judge Ted Booras said Roemhild’s first hearing would be held Monday if she could be brought from the jail to the court without endangering herself or deputies, local media reported.

AP reported that Roemhild is charged with two state counts of aggravated assault on a law enforcement officer after Friday’s wild chase through Palm Beach and past the president’s Mar-a-Lago club. She was being held at the Palm Beach County Jail without bond. Officials have said Roemhild was “obviously impaired” and they do not believe she targeted the president or Mar-a-Lago. He was not present.

Friday’s events began just before noon, as was reported by the AP, when a Florida Highway Patrol trooper working an off-duty security shift at the Breakers Hotel in Palm Beach approached Roemhild as she danced on the roof of her rented Jeep SUV in the high-end resort’s parking lot. She jumped inside and refused to acknowledge his taps on the glass.

She then put the car in reverse and drove away. As was reported by the AP, the trooper smashed the window and tried to grab the steering wheel to prevent her from leaving, but she sped away, leading him on a chase south down Ocean Drive toward Mar-a-Lago, 3 miles away, at speeds in excess of 70 mph.

Authorities there said she swerved around concrete barriers and through two checkpoints, endangering the lives of Secret Service agents and Palm Beach County deputies staffing them, as was reported by the AP. They opened fire, breaking out her back window. At this point, the trooper ended his pursuit, fearing lives would be endangered if it continued.

At some point, Roemheld picked up a female relative before automatic license plate readers soon tracked her to a motel near Palm Beach International Airport, according to the AP report. A trooper tackled her as she tried to flee into her room, officials said.

TV video shows a dazed Roemheld showing a blank expression as she was handcuffed and placed into a patrol car, according to the AP report.

Roemheld has appeared in several Connecticut operas and said on social media recently that she had an unspecified performance scheduled in Palm Beach this past week.

Marilyn Malcarne, a Connecticut friend of the Roemhild family, told the South Florida Sun Sentinel that the woman’s alleged behavior was completely out of character and she “wouldn’t hurt a soul.” (AP)