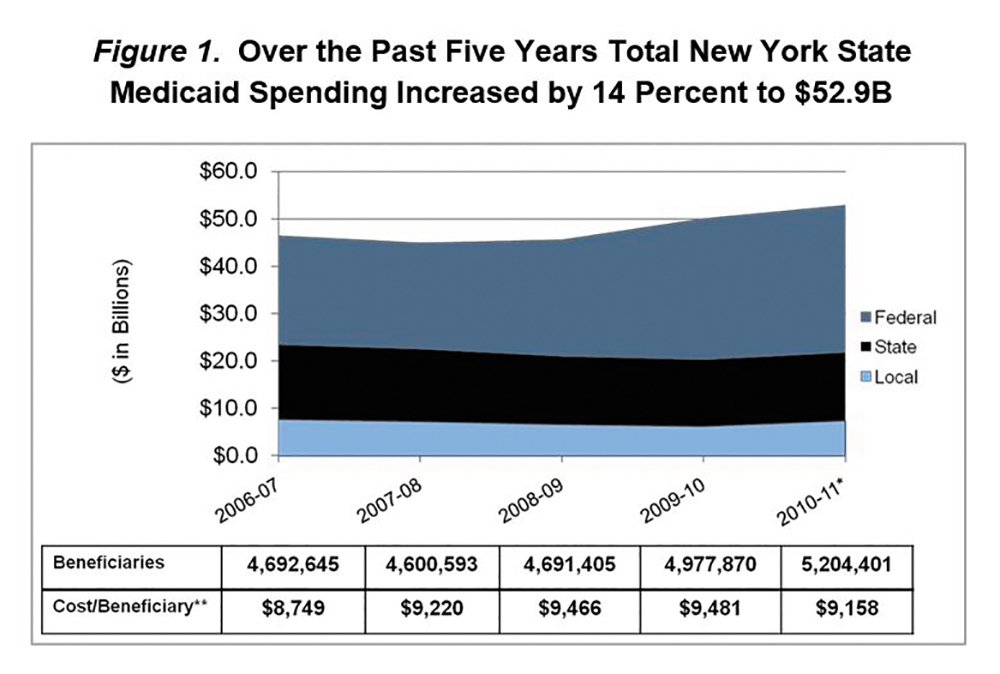 Governor Andrew Cuomo is insisting that New York City kick in more cash to help pay the state’s Medicaid bills. But – and it’s an important but – there will be no New York City officials with any say as to how to achieve roughly $2.5 billion in savings. Photo Credit: health.ny.gov

Normally, kicking in money buys you at least a say in how it is spent. But not when it comes to New York State’s Medicaid money.

Governor Andrew Cuomo is insisting that New York City kick in more cash to help pay the state’s Medicaid bills. But – and it’s an important but – there will be no New York City officials with any say as to how to achieve roughly $2.5 billion in savings.

According to reports, Cuomo’s Medicaid Redesign Team will make recommendations on how to close the $6 billion projected budget gap for fiscal 2021, which begins April 1 – but will do so with no voice from the city government.

The Governor announced in his FY 2021 Executive Budget address that the Team will find savings in the Medicaid program in the same way the first Medicaid Redesign Team, or MRT I, which he established in 2011, set the course for recurring savings that kept the program’s spending growth to less than half the national average. The reconstituted team, known as MRT II, will develop a comprehensive set of recommendations to build on the successful strategy of the original MRT while identifying changes to the State’s Medicaid program that will generate $2.5 billion in recurring savings within the upcoming FY 2021 State budget.

“As a result of MRT I reforms and the Medicaid Global Cap, New York State held Medicaid state-share funds spending growth to an average of 2.2 percent compared to a national average of state funds spending of 5.3 percent, and saved tax payers more than $19 billion,” according to a statement from Cuomo’s office.

The Team will commence its work immediately and, consistent with MRT I, hold its first public meeting on Tuesday, February 11th. The Team will submit its report with findings and recommendations to the Governor and Legislature in March for consideration in the Fiscal Year 2021 Enacted Budget.

According to the governor’s office, the MRT II will be charged with accelerating the strategies of MRT I that have proved successful for the last nine years while creating course corrections in order to ensure financial sustainability to the Medicaid program. The Team is charged with advancing a comprehensive set of recommendations that will generate $2.5 billion in 2021 with recurring savings in subsequent years.

Cuomo has directed the Team to identify those savings with the following directives: ensure zero impact on local governments and zero impact on beneficiaries; find industry efficiencies and/or additional industry revenue; and root out waste, fraud and abuse.