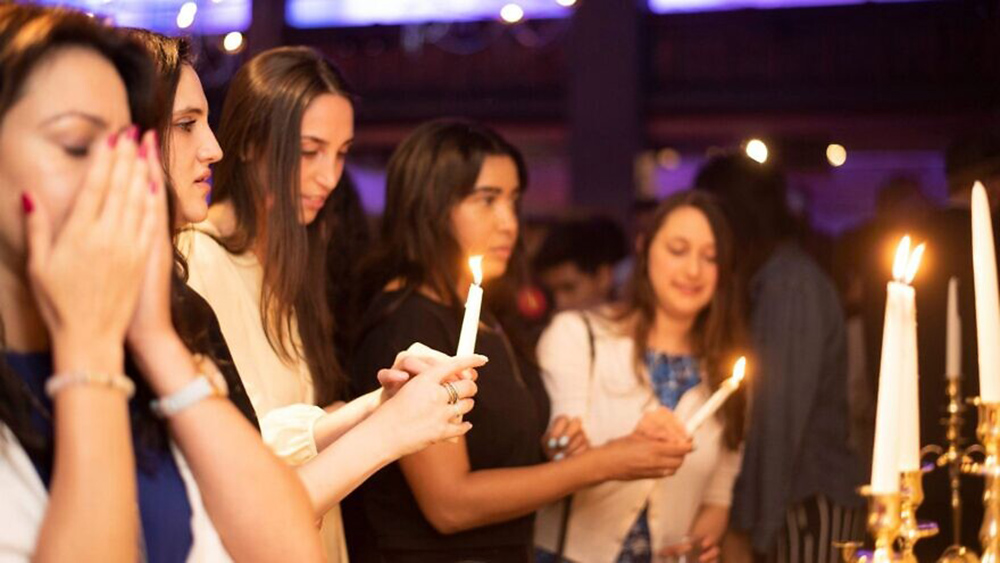 In an era of declining religious observance, studies show that this particular generation is interested in traditions, heritage, one-on-one gatherings and social justice—just not the old-fashioned institutions of their parents or grandparents

When Rebekah Paster moved to New York City, she was just out of college and knew almost no one there. “So when a friend insisted I had to go to the nearest Moishe House,” she said, “I was blown away with how warm and welcoming they were. And I can say now I’ve met a lot of my really good friends through Moishe House, people I’d never have met otherwise.”

Not only did the place make her feel at home in a big city full of strangers, but at 25, Paster is now one of the three young adults living in the Moishe House in the Williamsburg neighborhood of Brooklyn, N.Y. The trio is responsible for hosting everything from Shabbat dinners and holiday parties to rooftop yoga classes, rock-climbing outings and social-justice activities, like collecting books to send to prisons. Events can pull in more than 1,000 young adults each year.

“Moishe House has taught me that I can infuse my Jewish life in ways that may or may not be explicatively religious,” she says. “That I can be proud of my Jewish identity in whatever form that takes.”

And the form Jewish expression takes is changing for many millennials—a generation defined by the Pew Research Center as those born between 1981 and 1996, and sandwiched between Generation X (born 1965-1980) and Generation Z (1997-present). 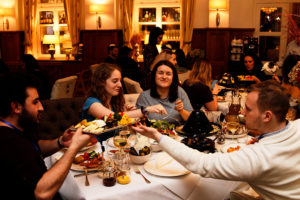 Jewish young adults take part in a Hanukkah dinner outside of Berlin at Moishe House in Germany. Source: Moishe House via Facebook.

Today’s millennials (they are also referred to as Generation Y) find themselves with all kinds of organizations in hot pursuit—from advertisers to graduate schools to employers. And in Jewish America, where indications abound that most of them (more about the observant ones later) are less traditionally identified and engaged than earlier generations, there’s a new and growing crop of initiatives designed to pull them into Jewish life, if not the mainstream then some millennial-flavored version of it.

Driving many of these strategic efforts is a number of studies pointing to millennials’ dwindling Jewish identity and engagement, and seeking to pinpoint the generation’s patterns of belief and behavior. Just out: one commissioned by Hakhel‒the Jewish Intentional Community Incubator, based on responses by 125 Jewish millennials, all of whom are active in one of Hakhel’s “intentional” communities (involving young Jews in activities around shared values and interests) in 35 countries.

A division of Hazon, an organization that describes itself as “strengthening Jewish life and contributing to a more environmentally sustainable world for all,” Hakhel commissioned the Do-Et Institute to conduct the study to identify this generation’s values and priorities. So says Hakhel founder and general director Aharon Ariel Lavi, saying “it showed overwhelmingly that they don’t drift away from their Jewish identity but from old-fashioned institutions.”

“The organized Jewish community has been aware of the drifting of millennials from its ranks for many years,” adds Lavi. “What this research shows is the extent of that disengagement on the one hand, but also the creative alternatives that are sprouting from below on the other.”

The study’s results echo many of the findings of a recent Jewish People Policy Institute (JPPI) report on millennials concluding that “hyper-individualism and slackening trust or interest in institutions and authority leads many young Jews to eschew denominational identity and affiliation with establishment institutions. This leads to seeking alternative and more ‘niche’ expressions of Jewish identity.”

This shift reflects a larger trend, according to a leading observer of the Jewish scene. “America is in the midst of a religious recession; it’s not just a Jewish issue,” says Jonathan Sarna, the Joseph H. & Belle R. Braun Professor of American Jewish History at Brandeis University. “Pew has clearly documented millennials moving away from traditional religion, most of them claiming to be ‘spiritual but not religious.’ ”

This reflects fundamental demographic shifts from previous generations, he adds. Chief among them: Intermarriage and the age of marriage is older than any time in human history. For the so-called “Seinfeld” generation, many remain single until their late 30s, and those who do have children often don’t become parents until they’re nearing 40. “By that time, for many of them it’s been 20 years since they’ve been in a synagogue because most synagogues are not seen as welcoming to singles,” says Sarna.

The exception, typically ignored by the studies, he notes, are the roughly 10 percent of American millennials who are Orthodox, and tend to marry and have children younger and be more involved in synagogue life.

Issue No. 1: Finding and engaging a new generation

According to the JPPI report: “Engaging young Jews, who often feel out of place in mainstream institutions, due to low Jewish literacy or other identity components (sexual orientation, political views, etc.) requires a vastly different approach.”

So what kind of approach does attract this generation?

Many of the initiatives that are most successful in pulling in young Jews, according to the report, are “independent of established denominational or national movements. They question the benefits of belonging to a national denomination and stress nimbleness as an advantage.” 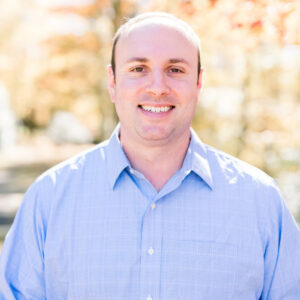 Or as Hakhel community participant Bradly Caro Cook puts it: “Our generation is looking for something authentic,” says the Las Vegas millennial. “We’re not going to do Judaism by the numbers and metrics.”

Among the crop of new organizations designed to meet this new generation of Jews where they live:

Moishe House was among the first on the millennial scene: “When we started out in 2006, there was a black hole for post-college Jewish young adults,” says founder and CEO David Cygielman. “Some have a strong Jewish identity, but are disengaged; others never had it. But they all want to be part of a meaningful Jewish community where you know everyone and they know you; we’re combating loneliness at a time when it’s rampant.”

The Moishe House formula: Find a neighborhood with a population of young Jews and a Jewish community (most often, the federation, local donors and family foundations) committed to supporting the Moishe House model. That has resulted in 115 of them—and they just signed a lease for No. 116, in Rome. Some 70,000 young adults turned out for programs last year in “vibrant home-based Jewish communities,” says Cygielman, adding that they’re adding more immersive Jewish learning and Israel programming.

Base Hillel was born in 2015, when Faith Leener and her freshly ordained rabbi husband Jonathan moved to Brooklyn, N.Y., and began hosting Shabbat dinners. “We started thinking, how can we impact the young people asking for Jewish learning without knowing they’re asking for it?” she says. “We saw that they wanted meaning and community, but weren’t going to synagogue for it.” With friends Rabbi Avram Mlotek and Yael Kornfeld, they soon linked up with Hillel International’s office of innovation, and were off and running with a brand of “radical hospitality” featuring Jewish learning, holiday celebrations and social-justice projects. Now the executive director, Leener lives in Base Brooklyn with her family, and oversees the nine bases run by young rabbinic families and underwritten mostly by local grants from federations, Hillel and others. The Bases, mostly along the East Coast—with one in Ithaca, N.Y., and another in Berlin—serve 6,000 young Jews annually.

“We’re post-denominational, but deeply rooted in Jewish tradition,” says Leener. “It’s not do-it-yourself Judaism, but letting go of the labels and immersing in each Jewish communal experience—be it in text, ritual, Shabbat, holidays or life-cycle counseling.”

OneTable was designed to welcome young Jewish adults to Friday-night Shabbat dinners hosted by their peers. Each week, OneTable, which has been described as “a social dining app that helps people of all religious backgrounds celebrate inclusive Shabbat meals,” averages 190 dinners across the United States. Support comes from grants from federations, local philanthropists and Jewish foundations that help underwrite the meals served in participants’ homes.

The idea has caught on, and in the last five years since founding executive director Aliza Kline cooked up the idea, more than 30,000 Friday-night dinners have been served to young adults. According to their website, its ultimate goal: for the Shabbat dinner experience to become “a platform for community building … for those “who otherwise would be absent from Jewish community.”

GatherDC, unlike the initiatives above with locations in a number of communities, began a decade ago to offer community-based Jewish experiences to young Jews in the Washington D.C. area. On tap: interactive Jewish learning, twice-yearly retreats, social-justice projects, and Shabbat and holiday celebrations.

They also have coffee with every newcomer—“not just to find out what they want to do, but who they are,” says its community rabbi, Ilana Zietman, a millennial born in 1989. “We offer them a Judaism they never got growing up,” she adds. “They say, ‘This Torah portion has so much of my life in it. I never knew it existed.’ Meaning we have to work harder to showcase what’s beautiful about Judaism, and build community people are craving and where they feel valued.” GatherDC is supported by Jewish family foundations, local federations and private donors.

Not Learning, but ‘Experiencing’ Jewish Identity

“The identity of American Jews for most of the 20th century was rooted in ethnicity, love of the Jewish people, fear of anti-Semitism, horror and guilt over the Holocaust, commitment to Soviet Jewry, and love of and concern for the State of Israel,” writes Barry Shrage who, after 31 years at the helm of Boston’s federation, Combined Jewish Philanthropies, is now a professor in Brandeis University’s Hornstein Jewish Professional Leadership Program. “But assimilation inevitably erodes ethnic identification … and there’s never been a more powerful assimilating culture than America in the 21st century.”

The best defense against assimilation, argues Shrage, is “Jewish peoplehood.”

“You can’t learn Jewish identity; you have to experience it to create a love for the Jewish people.” What’s more, he adds that “one of the most powerful experiences for this generation is Birthright Israel,” the 10-day trip to Israel which nearly half of them have taken. “It’s having a powerful impact on them.”

Indeed, studies show the 750,000 Birthright travelers are much more likely to marry other Jews, raise Jewish children and stay connected to Israel, says Len Saxe, who directs both the Cohen Center for Modern Jewish Studies and the Steinhardt Social Research Institute at Brandeis. Still, he acknowledges that times have changed. “These young Jews are broadening what it means to be involved Jewishly and doing it in new ways.”

Saxe says it reminds him of Israel, where more than half the country is not religious “but Friday nights are for family to eat together. So for young Jews here having Friday night at OneTable, who’s to say they’re less engaged?”

Synagogues and Programs for Younger Individuals

Evidence abounds that young Jews are seeking religious communities that are alive and warm, and that can add real meaning to their lives, says Shrage.

Among congregations experiencing success in drawing in millennials are Boston’s Temple Israel, whose Riverway Project is designed to meet their young members where they live (among them, many studying medicine down the street) and Sixth & I, a synagogue as well as a center for arts, entertainment and ideas in Washington, D.C., that “reimagines how religion and community can enhance people’s everyday lives.”

Another young-flavored variation on the synagogue theme is The Den Collective, whose rabbis conduct a range of services in suburban Washington homes and elsewhere. They describe themselves as seeking to “build spaces of meaning that invite people to deepen their connection to Judaism, feel part of a community and enrich their lives. The Den strives to be collaborative, experimental, transparent and radically welcoming.”

Says Sarna: “Of the Jewish religious start-ups today—the emergent congregations, partnership services, independent minyanim and more—many of them will not survive, but some of them will make it very, very big and reshape American Judaism in the decades to come.”

(To Be Continued Next Week)