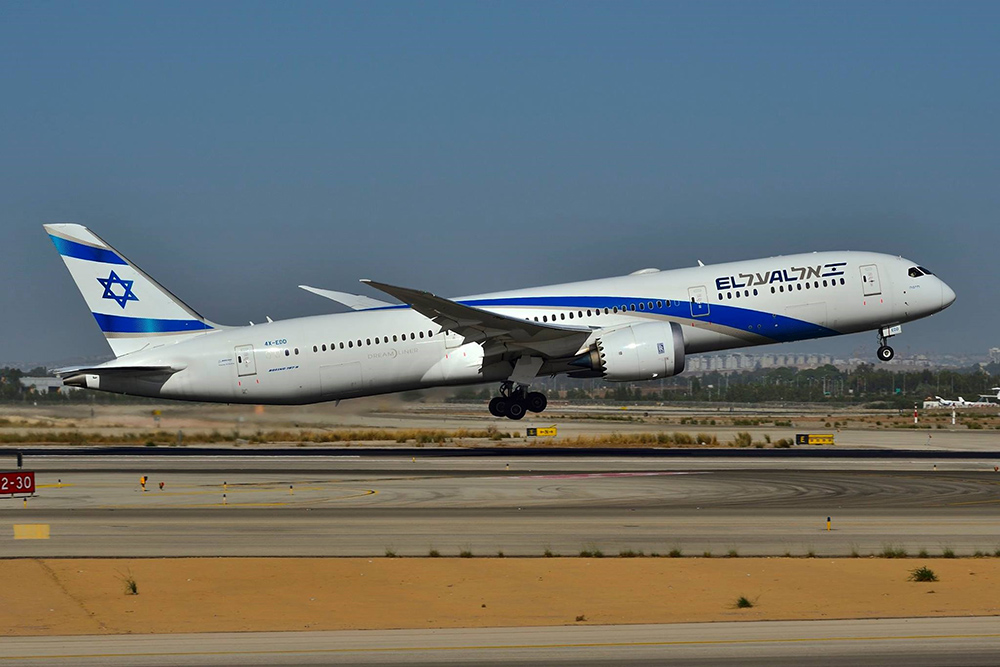 El Al Airlines notified the Tel Aviv Stock Exchange that it had entered a period of “financial crisis” as a result of the spread of the Coronavirus. Photo Credit: touristisrael.com

The Chief Executive Officer of El Al says that he sees “difficult days ahead.” But is it the Israeli airline that self that is making those days difficult?

Top exec Gonen Usishkin has also said that “It is possible that we will be required to take dramatic steps and make painful decisions.” Recent situations, he added have proven to be “a test for countries around the world, including Israel, the aviation sector and El Al.”

He added, “I assure you that we will do everything we can to successfully get through these days, and we will do so responsibly, transparently and without haste… We are in the midst of a global event, and it is too soon to predict the impact… Safety and security will always be our top priority.”

But many believe it is the airline itself that is failing its test.

Usishkin’s statement came in the wake of the airline’s notifying the Tel Aviv Stock Exchange that it had entered a period of “financial crisis” as a result of the spread of the Coronavirus.

Indeed, a large number of flights both to and from Beijing and Hong Kong had to be canceled, and flights to Bangkok have been cut back by 50% over the past couple of weeks. To make matters worse, large numbers of tourists and other travelers have canceled their plans out of fear of being exposed to the virus.

There are, according to The Jerusalem Post, at least 5,000 Israelis remaining in Thailand with plans to fly back to Israel on El Al aircraft. Usishkin said his airline is committed to bringing them back home “without endangering air crews and following the Health Ministry’s instructions.”

According to El Al spokespeople, airline employees who have gone to Thailand will not need to be quarantined. They will, however, be sequestered for a day in a nearby hotel, stay away from anyone in the vicinity and practice strong personal hygiene.

Many, however, take a skeptical view of the airline and its official statements. Less than two years ago, The Jewish Voice ran a piece headlined “Is El Al Pulling a Scam on Customers??” At the time, the air carrier had said that it would postpone the launch of its nonstop service between Tel Aviv and San Francisco. But after selling tickets for the flights that were to resume the following November, El Al officials said that service was once again being delayed by an entire year, until May of 2019.

“In 2012, a former Israeli Air Force commander Eliezer Shkedi was the CEO of El Al. According to Jewish Voice publisher David Ben-Hooren, a conversation took place at that time between himself and Shkedi,” The Jewish Voice noted. “Ben-Hooren says that Shkedi told him that his goal at the fledgling airline was to make “vast improvements” in their daily operations. Ben-Hooren said that Shkedi’s growing frustration with the airline’s insistence on remaining stagnant and their adamant refusal in making much needed changes served a major factor in Shkedi’s decision to leave the employ of the airline. Ben-Hooren added that Shkedi told him that the inability of the airline to progress in a professional capacity was due to the iron-clad grip that the Histadrut (Israeli Labor party) had over El Al management in terms of hiring policy and job security.”

“Said Ben-Hooren, with shock in his voice. “What other prominent company would allow an employee to stay on that length of time in a position? It just does not work that way. Companies are always replacing employees with new and exceptionally qualified candidates who possess the kind of skills necessary to discharge their duties in the fast-paced business environment.”