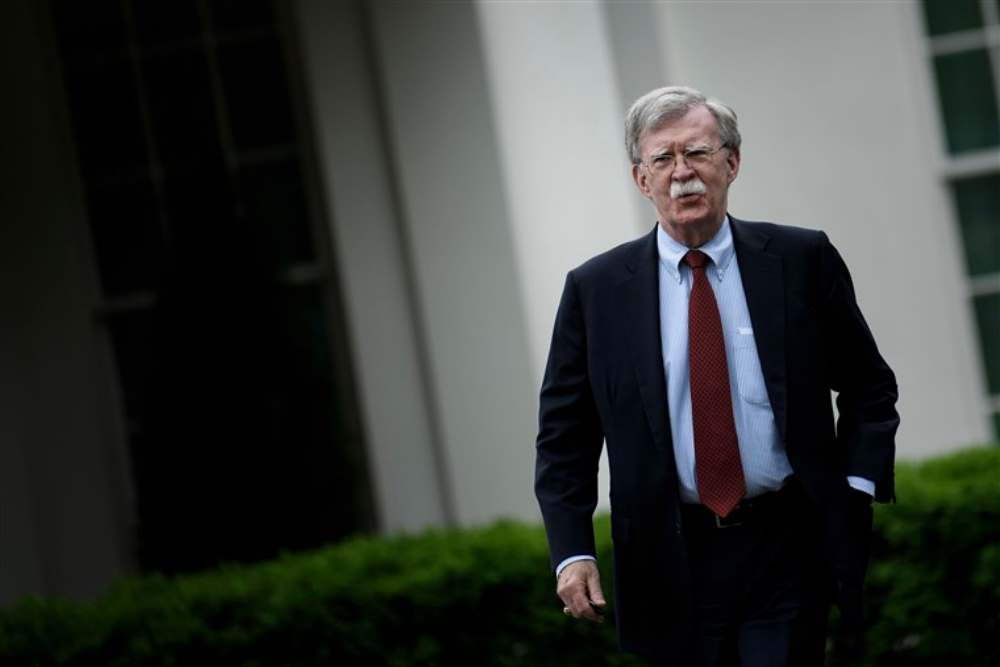 For Democrats seeking to bolster their case for President Trump's removal from office, John Bolton's testimony could be a game changer — or a dud. Photo Credit: Getty Images

For Democrats seeking to bolster their case for President Trump’s removal from office, John Bolton’s testimony could be a game changer — or a dud.

After rebuffing House Democrats’ request for testimony, the former national security adviser agreed on Monday to testify in the upcoming Senate trial of Trump, if called as a witness, giving Democrats a potential victory in their quest to get people close to the president to talk under oath about the events at the center of the impeachment.

Bolton, however, remains a wild card. Experts say it remains far from clear that any information he might provide during the trial will move public opinion or persuade Republicans to vote for Trump’s removal. Democrats are in the minority in the Senate and a three-fifths vote would be needed to convict the president.

“(Democrats) are going to have to take the risk of putting him in front of a camera and potentially saying nothing explosive, which would basically throw their case under the bus,” said Casey Burgat, a resident senior fellow at the conservative R Street Institute, a research group. “We just don’t know which side that is going to be.”

“I think this actually is a great danger to the Democrats and the case they’ve been trying to make because he very well may have testimony that helps clear the president and doesn’t in any way help the Democratic case,” said von Spakovsky, who is now with the conservative Heritage Foundation.

Last month, the House of Representatives voted along party lines to impeach Trump on abuse of office and obstruction of justice, making him the third American president in history to face the threat of removal from office. The central allegation against Trump is that he tried to get Ukraine to investigate one of his political rivals, former Vice President Joe Biden, and Biden’s son, Hunter, and then hampered congressional investigations of those actions.

With House Speaker Nancy Pelosi refusing to send the two articles of impeachment to the Senate unless Republicans agree to allow witnesses, efforts to open a trial have stalled since the Dec. 18 House vote. Senate Majority Leader Mitch McConnell said on Tuesday that he had the votes to launch a trial without an agreement with Democrats over witnesses. Pelosi has given no indication of backing down.

The standoff comes amid an international crisis sparked by the U.S. killing of top Iranian general Qassem Soleimani on Jan. 3 in response to Iranian belligerence toward American interests. While the Iran crisis has motivated some Republicans to redouble their attacks on Democrats for seeking to oust the president, Democrats have insisted that the two issues should be kept apart.

Bolton is among a handful of current and former administration officials whom House Democrats were unable to persuade to testify in their impeachment investigation before approving two articles of impeachment. While not knowing exactly what Bolton might say, Democrats are intrigued by a suggestion made by Bolton’s lawyer in November that Bolton has knowledge of “many relevant meetings and conversations” related to the impeachment inquiry.

Bolton served as Trump’s national security adviser from April 2018 to September 2019. His final months in the White House coincided with events that led to Trump’s impeachment.

Given the uncertainty over what he will say, Democrats’ demand for Bolton to testify represents something of a gamble, said William Yeomans, a former Justice Department official who is now a lecturer at Columbia Law School.

“He is a bit of a loose cannon but I think the Democrats have decided it’s worth a try,” Yeomans said.

While Bolton has remained silent about the impeachment, his name came up repeatedly during the House inquiry and in news reports about Trump’s Ukraine pressure campaign.

Bolton’s former deputy, Fiona Hill, testified that Bolton abruptly ended a July 10 White House meeting with Ukrainian officials after the U.S. ambassador to the European Union, Gordon Sondland, suggested that Sondland and Mulvaney had an understanding that Trump would meet with Ukrainian President Volodymyr Zelenskiy if Ukraine carried out the investigations. Bolton called the arrangement a “drug deal,” according to Hill. According to another former official, Bolton once referred to Trump’s personal lawyer, Rudy Giuliani, as “a hand grenade that was going to blow everyone up.”

And in late August, Bolton, Secretary of State Mike Pompeo and Defense Secretary Mark Esper met with Trump in the Oval Office where they unsuccessfully sought to persuade the president to release the Ukraine aid, the New York Times reported last month.

“That’s the kind of direct personal evidence that is extremely important in the trial,” Yeomans said. (VOA News)