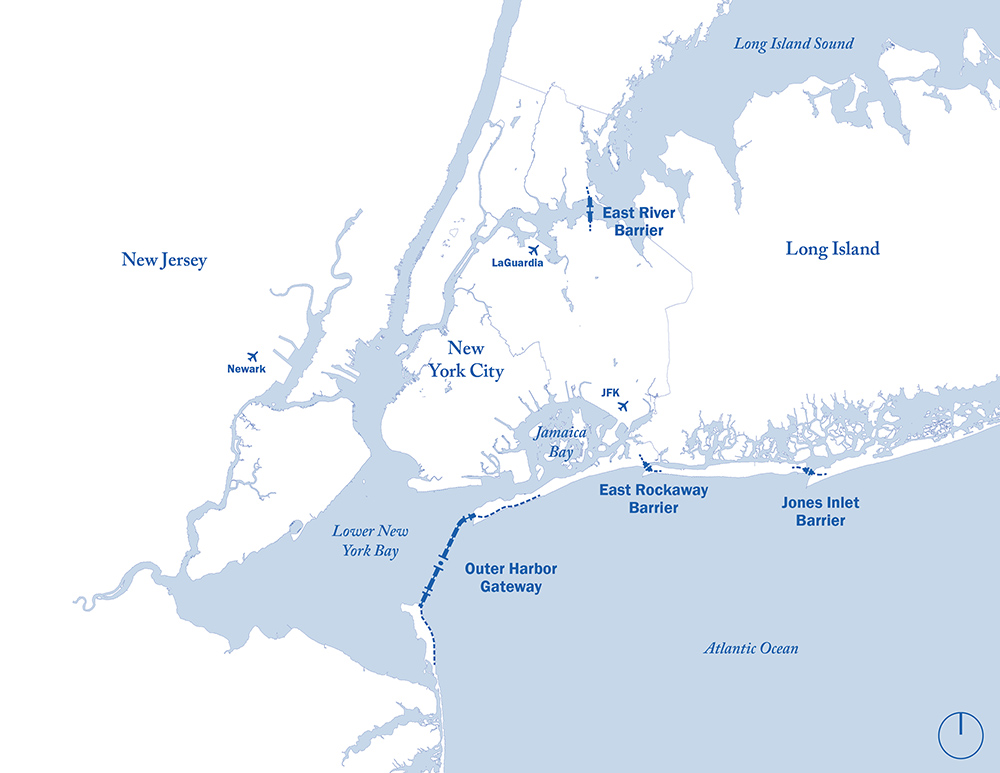 The NY Times reported on a proposal to build a six-mile-long barrier designed to protect New Yorkers from floodwaters such as what happened during Hurricane Sandy. Photo Credit: Wikipedia

The NY Times reported on a proposal to build a six-mile-long barrier designed to protect New Yorkers from floodwaters such as what happened during Hurricane Sandy.

Some including the President think it’s an expensive waste of time.

The “sea wall” that was proposed by the Army Corps of Engineers and would take 25 years to build.

While the barrier would protect New York from storm surges, it would fail to protect against flooding from high tides and storm runoff, according to The New York Times. The barrier could also trap sewage and toxins, according to detractors, which could prove harmful to the New York’s surrounding ecosystem.

The plan is far off from being approved and will not present a finalized plan until 2022.

President Trump weighed in on this proposal and Tweeted: “A massive 200 Billion Dollar Sea Wall, built around New York to protect it from rare storms, is a costly, foolish & environmentally unfriendly idea that, when needed, probably won’t work anyway. It will also look terrible. Sorry, you’ll just have to get your mops & buckets ready!”

The N.Y Times stated: “ Those who support a barrier miles from Manhattan’s coast — one in the outer New York Harbor, out of sight from many residents and tourists — say it would be the best solution for protecting the most people, properties and landmarks, including the Statue of Liberty, from a storm surge swelling the East and Hudson Rivers, without cutting off the city from its waterfront”

The Times quoted Kimberly Ong, a senior attorney at the Natural Resources Defense Council, an influential environmental group who said that “When it rains, New York’s storm water and sewage system can back up and push waste into waterways.

A big barrier, Ms. Ong said, could trap that sludge closer to shore.

“We’d essentially be sitting in a bathtub of our own excrement,” she said.

While the N.Y Times article is well sourced from opposing viewpoints, they incorrectly blame raising sea levels on “climate change”, like most mainstream media outlets tend to do.

As Fred Singer, a professor emeritus of environmental science at the University of Virginia, pointed out in a 2018 article in the Wall Street Journal article: “there is also good data showing sea levels are in fact rising at a constant rate. The trend has been measured by a network of tidal gauges, many of which have been collecting data for over a century”

Singer continued: “The cause of the trend is a puzzle. Physics demands that water expand as its temperature increases. But to keep the rate of rise constant, as observed, expansion of sea water evidently must be offset by something else. What could that be? I conclude that it must be ice accumulation, through evaporation of ocean water, and subsequent precipitation turning into ice. Evidence suggests that accumulation of ice on the Antarctic continent has been offsetting the steric effect for at least several centuries”