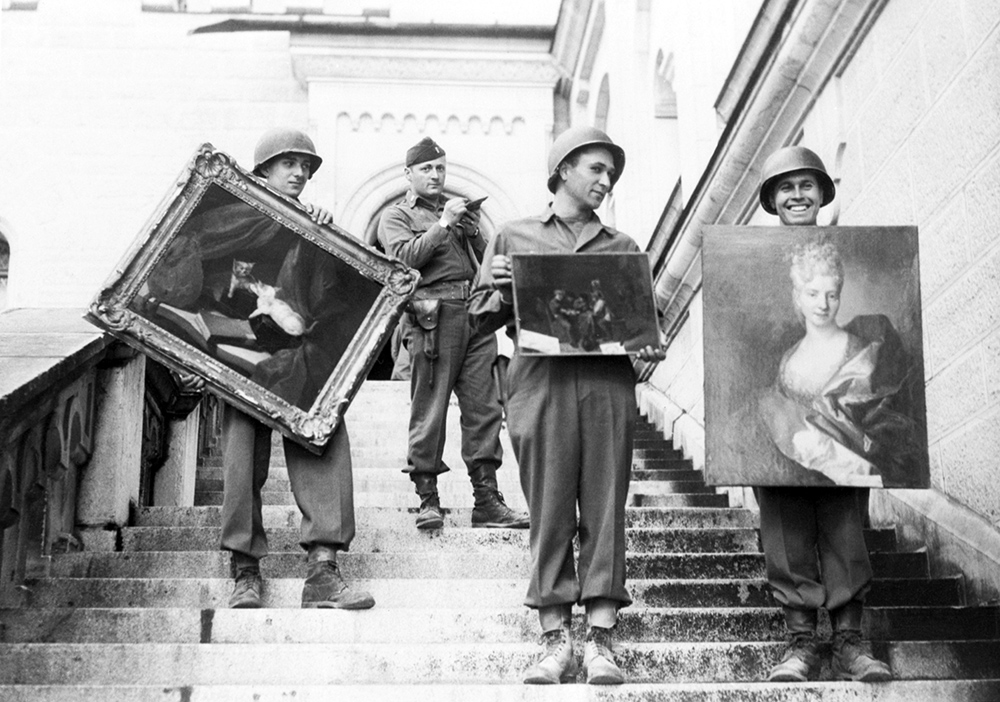 The myriad forms of damage done by the Germans during World War II continue, specifically the widespread looting of Poland by the Nazis during World War II. In Poland, the government continues to try and recover in excess of 63,000 works of art and cultural properties, many stolen from Jews there. Photo Credit: Getty Images

In Poland, the government continues to try and recover in excess of 63,000 works of art and cultural properties, many stolen from Jews there.

“But experts say Poland has done a poor job of providing the same justice to Dutch Jews and others whose art works were stolen during the war and ended up in German-occupied Poland and now are part of official museum collections,” the New York Times recently reported. “Seven Dutch works that researchers have identified as missing are held by one museum in Gdansk. Scholars say they suspect dozens more are in art institutions in other Polish cities where the Nazis stored cultural artifacts they had looted, or bought under dubious circumstances, from the Netherlands.”

“The Polish government wants to have as much as possible back,” Kamil Zeidler, a law professor at the University of Gdansk who has studied the issue told the Times, “but they don’t want to give anything back to others.”

According to a report by the Origins Unknown Agency, a Dutch organization that investigates cases of looted art, more than 80 art works stolen in the Netherlands by the Germans and their confederates probably wound up in Polish hands. Record keeping has been sloppy and intermittent, at best.

“There is no commitment at a museum level, or at a national level, or at a political level to return these works that are in the country,” Anne Webber, the founder and co-chair of the Commission for Looted Art in Europe, a London-based nonprofit that helps to foster restitutions, told the Times.

Between 1998 and 2005, said Origins Unknown on its web site, a systematic investigation into the provenance of the individual objects in the collection was carried out by the agency, which was established by the Dutch government for that purpose.

“At the start of the research in 1998, the collection amounted to approximately 4700 cultural objects, varying from paintings (around 1600), drawings, engravings, ceramics, silver, furniture, tapestries and other special objects,” it noted. “The Origins Unknown Agency compiled a reconstruction of the provenance for every item in the collection on the basis of the information that was available at that time. That information can be consulted on this website.”

Since 2001, the group added, hundreds of objects from the NK-collection have been restituted. There may also have been new information available on individual works of art. Those searching for information on a specific work of art are urged to contact the Expert Centre Restitution by phone or e-mail in order to verify if additional information is available.