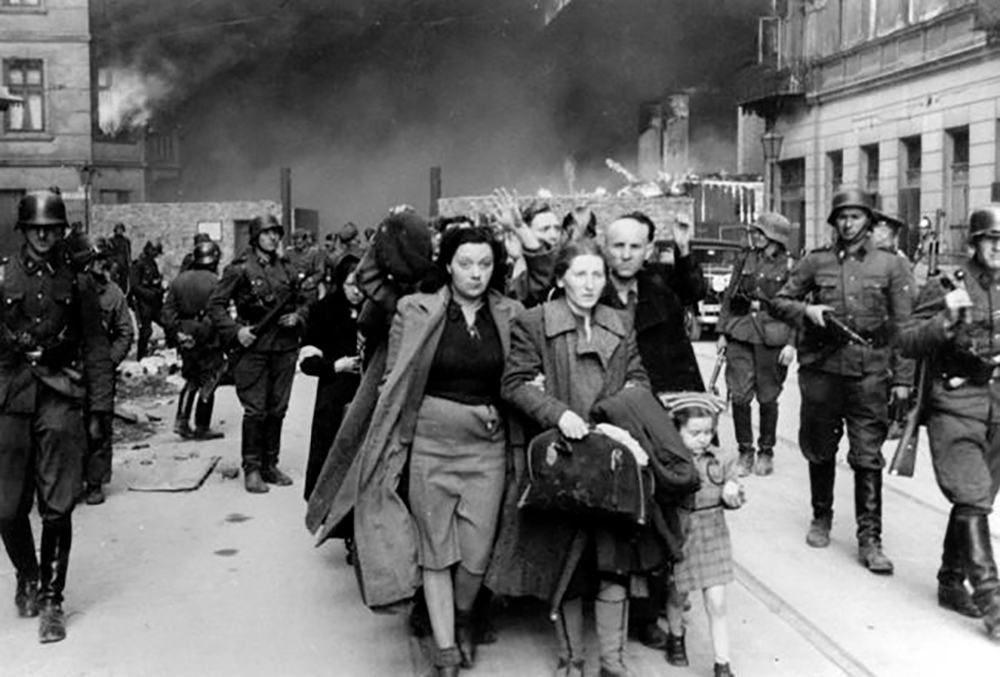 Like the Jews of the Warsaw Ghetto, the Jews of ancient Egypt suffered from kotzer ruach. Photo Credit: Yad Vashem

I remember the conversation very well. It was a discussion among a group of assorted friends, from a variety of backgrounds. One or two were true scholars. The others were not scholars by any stretch of the imagination but were familiar with those Jewish texts frequently read in the synagogue.

The discussion revolved around the question, “What is the saddest verse in the entire Bible?” The opening candidate for the saddest verse was the passage in the weekly portion of Vayetzei, which reads, “The Lord saw that Leah was unloved.” But that phrase was soon rejected in favor of the second half of that same verse, “but Rachel was barren.” No question about it. Both the lack of love and infertility are very sad human conditions.

Others quoted various verses from the curses in the weekly portions of Bechukotai and Ki Tavo. There is no paucity of horribly sad verses in those two parshiyot. Here are just a few: “I will set my face against you…your foes shall dominate you;” “I will heap your carcasses upon your lifeless fetishes;” “You shall eat your own issue, the flesh of your sons and daughters.” For these phrases, the adjectives “frightening” or “terrible” seem more appropriate than “sad.”

For most of the discussion, I remained silent. For, you see, I had long before concluded which Torah verse was the saddest for me. The verse appears in this week’s Torah portion, Parshat Vaera (Exodus 6:2-9:35). It reads, “But they would not listen to Moses because of their crushed spirit and difficult toil.” (ibid. 6:9)

Let’s understand the context of this verse. In last week’s parsha, we read of the first time Moses delivered the message that the redemption was near. The “people were convinced.” They believed. They trusted Moses. They “bowed low in homage.” They had hope.

This week’s parsha, however, begins after the Jews knew bitter disappointment. Moses had intervened with Pharaoh, but his intervention backfired. Pharaoh reacted by increasing the burden he placed upon the Jews. He said, “Let heavier work be laid upon the men; let them not pay attention to deceitful promises.” After such disillusionment, the eloquent promises with which this week’s parsha begins evoked a very different reaction. Moses’ words were met with disbelief, with a despair that is the result of kotzer ruach, a crushed spirit, and avodah kashah, painfully difficult toil.

For me, hopelessness is the saddest of human emotions, especially when it follows upon the excitement of hopefulness. The moment when hopes are dashed and dreams abandoned is, for me, the saddest moment of all.

Ironically, this saddest of all verses gives us the opportunity to learn important lessons about hope and its opposite, despair. To learn these lessons we must scrutinize these two phrases, kotzer ruach and avodah kashah, which I have thus far translated as “crushed spirit” and “difficult toil”. Our great commentators give these phrases different “spins”.

For example, Rashi understands kotzer ruach to mean “shortness of breath”, the result of strenuous physical labor. Can a man who is gasping for air be expected to hope? Of course not. He is so panicked that hope for a better future is totally beyond his capacity.

Whereas Rashi translates ruach as “breath,” Rabbi Obadiah Sforno, the great Jewish commentator who lived in Italy during its Renaissance, prefers to translate it as “spirit.” For him, it is not “shortness of breath” that deprives a person of hope. Rather, it is the “shortness of spirit,” the absence of a “spirit of faith,” which makes hope so difficult. The Jews lost faith in Moses. He had let them down by failing to provide them with an instant solution to their plight. Thereby they lost their faith in the God of Moses. Without faith, argues Sforno, hope is impossible.

The eighteenth century mystic and ethicist, Rabbi Moshe Chaim Luzzato, understands our verse differently. For him, Pharaoh was the expert par excellence about the processes of despair and discouragement. He knew how to squash hope. He knew why genuine hope is so rare. To keep man from hope, Pharaoh knew, you must keep him so busy with all sorts of tasks and chores that he is too distracted to take the few moments necessary to begin to think of hopeful possibilities.

This is how Luzzato puts it in his masterpiece, The Path of the Upright (Mesillat Yesharim):

“This is, in fact, one of the cunning artifices of the evil yetzer (inclination), who always imposes upon men such strenuous tasks that they have no time left to note whither they are drifting…This ingenuity is somewhat like that of Pharaoh, who commanded, ‘Let heavier work be laid upon the men…’ For Pharaoh’s purpose was not only to prevent the Israelites from having any leisure to make plans against him, but by subjecting them to unceasing toil, to deprive them also of the opportunity to reflect.”

Without this opportunity — with kotzer ruach¸ “shortness of time to reflect”— hopefulness is out of the question. One would be too busy to hope.

Another insight into the possible meaning of kotzer ruach is found in a most unusual source. There exists a collection of brief homilies, authored by Rabbi Kalonymos Kalman Shapira, the Chassidic Rebbe of Piacezna in pre-Holocaust Poland. He recorded these homilies, delivered in the early years of the Warsaw Ghetto, in a little notebook, which miraculously survived those fateful years.

He writes that under conditions of avodah kashah, of very difficult toil, one loses the “spirit of life.” Rabbi Shapira knew all too well the meaning of difficult toil, enslaved as he and his “congregation” were in that horrible ghetto. And he knew how he and they struggled to do God’s will despite their dire straits. He witnessed their attempts to help each other, to maintain faith in God, and to perform whatever ritual mitzvot they could. But furthermore, he observed that their tortured souls could not muster the “spirit of life” necessary for religious action. Kotzer ruach for him meant the absence of a “spirit of vitality.” For him, religious actions performed without enthusiasm were defective.

Like the Jews of the Warsaw Ghetto, the Jews of ancient Egypt suffered from kotzer ruach. They could not respond to Moses with a “spirit of vitality.” No vitality, no life, no hope.

These commentators lived centuries apart from each other and in very diverse circumstances. But they all teach us this: there are many factors in life that render hope impossible. Some of these factors are cruel and unusual, as exemplified by the slaveries of Egypt and Nazi Germany.

But some of these factors are common today. They relate to our busy lifestyles, to our work routines, even to the ways we play. We are consumed by “busyness.” There may be little that slaves can do to free themselves for the possibility of hope. But there is much that we can do to avoid our own “slavery,” to at least limit the avodah kashah that leads to kotzer ruach.

Reflect upon it. Where there is time for reflection, there are opportunities for hope.