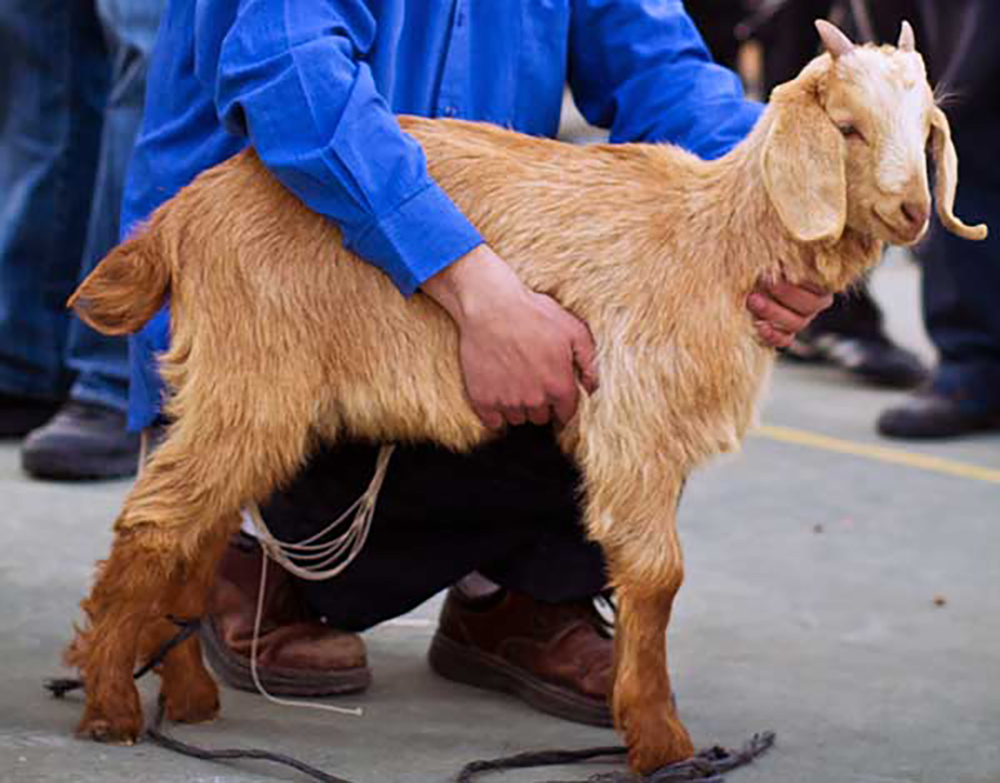 Eating the Korban Pessach each year symbolizes our bravery in slaughtering the G-d of the Egyptians and eating it in our homes on the night of the Exodus in accordance with G-d’s mitzvah. Photo Credit: Temple Institute

This week’s parsha contains a “famous pasuk”: “They baked the dough that they took out of Egypt into unleavened cakes, for they could not be leavened, for they were driven from Egypt for they could not delay nor had they made provisions for themselves.” [Shmos 12:39]. I refer to this pasuk as a “famous pasuk” because aside from the fact that we read it in the Torah on Parshas Bo every year, we say it every year at the Pesach Seder, as one of the most essential parts of the Hagaddah.

This is the proof text cited by Rabban Gamliel’s teaching “Whoever has not said these 3 things has not fulfilled his obligation” of eating Matzah on Seder night.”

If we think about it, this seems like a rather minor side point to the whole story of the Exodus. The fact that they were driven out quickly and had no time to bake bread that night would hardly seem to rate as a crucial factor in the miraculous deliverance! And yet because of this seemingly insignificant event we eat Matzo. We eat Maror because we suffered a bitter slavery for 210 years. This fact easily qualifies for a significant ritual symbol of the holiday of Passover. Eating the Korban Pessach each year symbolizes our bravery in slaughtering the G-d of the Egyptians and eating it in our homes on the night of the Exodus in accordance with G-d’s mitzvah. This too is a significant occurrence. But where is the fundamental significance in the fact that we did not have time to bake bread when we were chased out of Egypt?

Furthermore, we might ask, why did not they have a little foresight? We spend weeks preparing for Pesach. They didn’t have any cleaning to worry about. Moshe told them ahead of time they were leaving Egypt the next day. They should have packed up and prepared provisions. Why were they so rushed at the last minute that they did not have time to let their dough rise? What is the meaning of this?

The answer is the following: The Jews expected to leave Egypt right after the plague of blood. They were packed, they had their provisions, and they were ready to go. The plague of blood came and went and there was no movement. Nothing happened. Again with the frogs, there was a “false alarm” that they were about to leave. However the status quo persisted after frogs and after each of the first nine plagues. By the time of the Plague of the First Born, people already did not believe that the end was imminent. They took a “I’ve been there, done that” attitude and were not going to get caught yet again making provisions and having to unpack and unwrap the meals that they had prepared for the road.

The lesson of the Exodus is that the salvation of G-d can come in the blink of an eye. It could be that yesterday the odds against it happening appeared astronomical, but today it might yet happen. This is the way redemption works. The Exodus is the paradigm for all future redemptions. It is always darkest before the dawn. Geulah [redemption] comes Precisely at the point of hopelessness.

This is why it is most significant for all generations to celebrate the Exodus by eating matzah. Which matzah? The matzah that symbolized the fact that they gave up hope of ever leaving to the extent that no one prepared an iota of food ahead of time.

When we look at the situation in Eretz Yisrael today, we get depressed. Everyone asks – what is going to be? The lesson of the Exodus and the lesson of all Jewish redemption is that G-d’s salvation can come in the blink of an eye. If we merit it, things can turn around in the time it takes to snap one’s fingers!