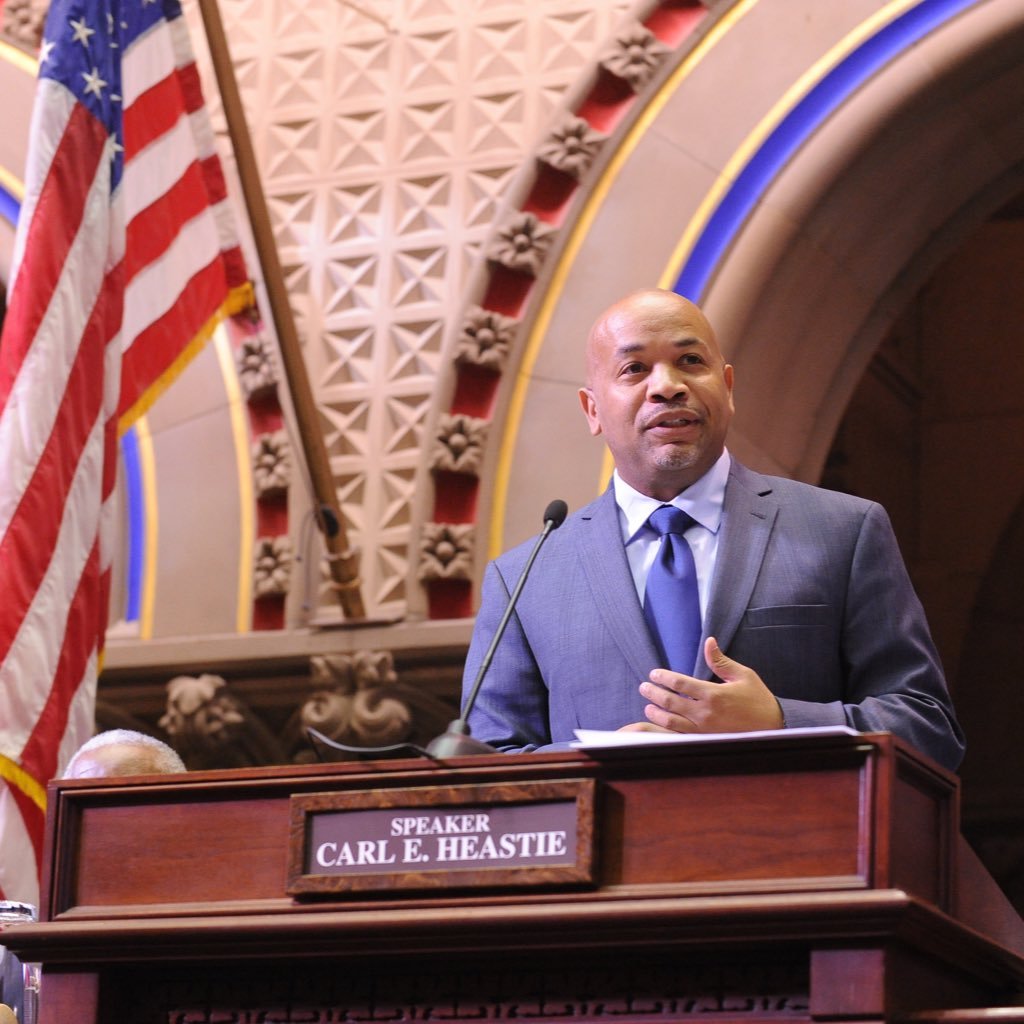 NYS Speaker Carl Heastie recently told the press in Albany that he’s just fine with the bail law as it is – even if the public at large, and law enforcement officials, prosecuting attorneys and judges aren’t. Photo Credit: You Tube

Some across New York State are alleging that State Speaker Carl Heastie is the person responsible for delaying moves to fix what is wrong with the recently implemented bail reform.

Heastie recently told the press in Albany that he’s just fine with the bail law as it is – even if the public at large, and law enforcement officials, prosecuting attorneys and judges aren’t.

“I think I’m ready to let the law continue the way it is,” Heastie stated at the state Capitol Thursday. “We want safe communities but it is important to have a criminal justice system that treats everybody equally. I didn’t hear anybody screaming, and yelling or panicking, when Harvey Weinstein was able to put in a million dollars on bail, walk out of jail with all of the horrible things he did to people. So, we have to get out of this idea that bail equates to safety.”

“But the pressure on Heastie continued to grow Thursday as even his fellow Democratic members of the Assembly told The Post it was becoming impossible to do nothing,” the newspaper reported. “On the other side of the building, state Senate Majority Leader Andrea Stewart-Cousins said her chamber was open to reexamining portions of the reforms, which has been called for by everyone from New York City Mayor Bill de Blasio to Gov. Andrew Cuomo to NYPD Commissioner Dermot Shea.”

Bail reform took effect on January 1. “But after less than a week under the new system, elected officials are already having second thoughts, rattled by stories of suspects’ being set free and committing new crimes ─ including that of a woman accused of an anti-Semitic attack in New York City,’ NBC News reported. “The backlash, led by conservative lawmakers and law enforcement authorities, is sweeping up some Democrats who pushed for the law, including Gov. Andrew Cuomo, who said Monday that it remains “a work in progress.”

The horrendous rash of violence against Jews in recent weeks has also heightened pressure on Albany lawmakers to walk back their folly. “In the week since New York officially ended cash bail for many nonviolent criminal defendants, concerns over a spate of anti-Semitic incidents and other recent alleged crimes committed by those released under the law have spurred calls to undo parts of the legislation,” said The New York Times. “Numerous state leaders have recently called for changes to the new law, including Gov. Andrew M. Cuomo, a third-term Democrat. The governor said this week that the bill, which he signed in April, was a “work in progress,” adding that there were “consequences that we have to adjust for.”