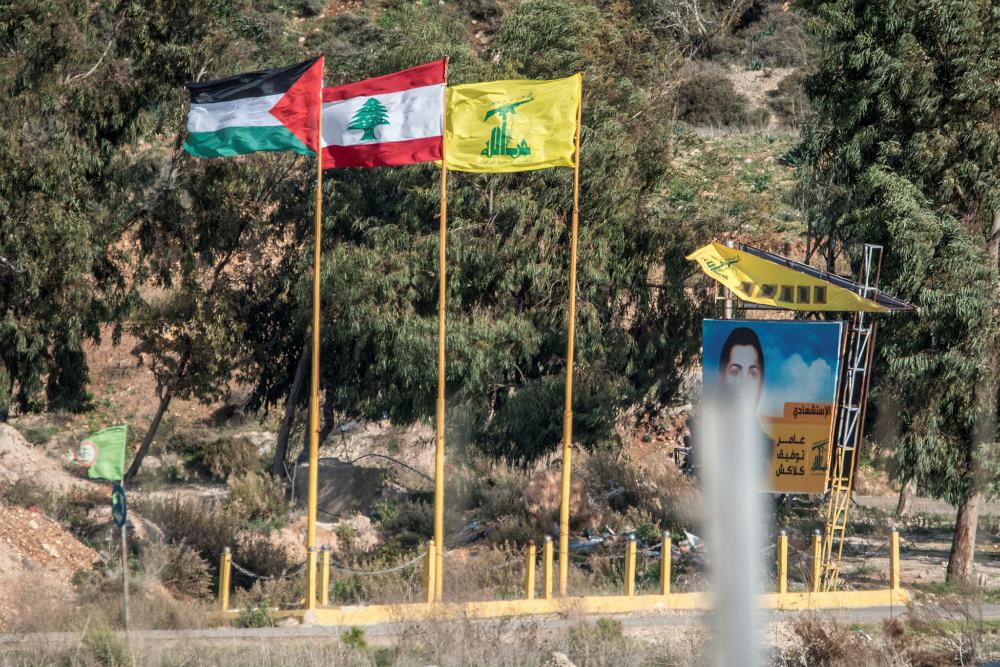 Israeli forces stationed on the northern border with Lebanon are on high alert following mounting tensions in the Middle East, and specifically the showdown between the US and Iran. Photo by Kobi Richter/TPS on 13 January, 2020

Israeli forces stationed on the northern border with Lebanon are on high alert following mounting tensions in the Middle East, and specifically the showdown between the US and Iran.

The US’ assassination of Iranian General Qassem Soleimani and the subsequent Iranian attack on US bases in Iraq has Israel expecting a possible reprisal attack from Iran, and possibly through its proxy, the Hezbollah terror organization.

Hezbollah, with its massive stockpile of rockets and missiles, poses a formable challenge to the IDF and Israel’s security. However, new research suggests that the threat emanating from Lebanon may be more significant than that.

The Israeli Alma Research and Education Center, which closely monitors Lebanon, has issued a report in which it noted that there has been a significant rise in the number of Shiites serving in the Lebanese Army (LAF) in recent years, which may lead to it becoming a proxy of the Shiite Hezbollah terror organization.

LAF and Hezbollah conduct joint patrols, the terror organization periodically uses LAF army uniforms to disguise its activities, and the LAF enables the deployment of the organization’s military infrastructure along the border.

Family ties between Hezbollah operatives and LAF troops also increased the potential for the LAF becoming a Hezbollah proxy and joining its offensive operations against Israel, Alma warned in its paper.

Therefore, Alma says that the LAF cannot be viewed as an independently acting force detached from Hezbollah’s objective to destroy Israel.

In February 2017, Lebanese President Michel Aun stated that Lebanon, the LAF and Hezbollah are all part of one alliance directed against Israel.

Alma pointed to several events taking place along the border in recent years that indicate circumstantial links between Hezbollah’s interests and actual attacks carried out by the LAF against Israel.

For example, a LAF sniper in August 2010 shot at IDF forces who were on the Israeli side of the border near the Lebanese village of Adisa, killing an IDF Battalion Commander and seriously wounding a Company Commander. In response, two Lebanese soldiers were killed as part of the Israeli retaliation.

Alma estimate that the planned shooting was executed according to an explicit directive from a local Company Commander in the LAF.

“It is difficult to explain these events unless we presume that Hezbollah initiates them or at the very least, that these events demonstrate the willingness of the LAF to assist Hezbollah,” the authors Tal Beeri and Sarit Zehavi said.

In Alma’s assessment, the LAF will “take an increasingly active part in any future war against Israel.”

The US Aid Problem

The US aid has been providing the LAF with military aid, which may be deployed in southern Lebanon, and it is logical to assume that “such aid is likely to be used against Israel in any future war,” Alma warns.

The US thinks that by providing massive aid to the LAF it is promoting an alternative to Hezbollah, in the hope that it will fill the void after the terror organization is defeated. However, it appears that the US military aid has not made the LAF any stronger and has not weakened Hezbollah either.

The US has imposed wide-ranging sanctions against Hezbollah since 2017 while simultaneously providing aid to the LAF, even after Israel protested the move. However, it is becoming increasingly difficult for the US to balance these two positions, Alma believes. (TPS)