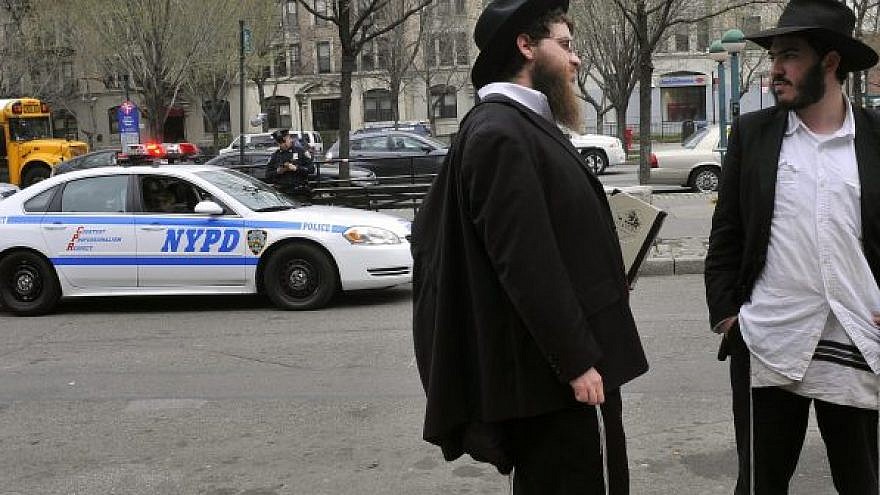 On Saturday, a woman accused of slapping three Orthodox Jewish women in another anti-Semitic attack in New York City was charged with attempted assault as a hate crime, according to a report on the Vois Es Nais web site.

Tiffany Harris, 30, was released without bail following her arraignment before a Brooklyn judge on 21  menacing, harassment and attempted assault charges.

Police said Harris slapped, punched and cursed the three Jewish women, ages 22, 26 and 31 in the face and head on Friday after encountering them on a corner in Brooklyn’s Crown Heights area, according to the Vois Es Nais report. The victims sustained minor injuries.

According to a New York Post report, Harris shouted at the victims “F-U, Jews!”  “Yes, I was there,” Harris later admitted to cops, according to the criminal complaint against her. “Yes, I slapped them. I cursed them out. I said ‘F-U, Jews.”

The new bail reform law which was approved in April does not take effect until January 1st, however prosecutors in Brooklyn did not request bail of Brooklyn Criminal Court Judge Laura Johnson.

“So I’m releasing her on consent and also because it will be required under the statute in just a few days,” the judge said.

“Ms. Harris you’re being released on your own recognizance.”

The legislation requires arraignment judges to set free suspects in any non-sexual assault that doesn’t actually cause a physical injury, even in cases of hate crime attacks, according to the NY Post report.

“The de Blasio administration has made it clear that we all need to get into compliance with bail reform now,” said a law enforcement source, according to the Post report. “If prosecutors had asked for bail, corrections would release them immediately,” or they would be sprung on Jan. 1, the source said.

“You have to beat the hell out of somebody — or murder them — for there to be any consequences,” said former state lawmaker Dov Hikind, founder of Americans Against Anti-Semitism. “Otherwise, you are set free.”

He continued: “It’s open season in New York — open season on innocent people. On Jews, on Muslims, on gay people. It applies to anybody. But it’s the Jewish people in particular who have been targeted.”

In New York City last week, eight anti-Semitic attacks were reported and one of them resulted in an actual physical injury.  A 65-year-old Jewish man was brutally punched and kicked on Monday morning at East 41st Street and Third Avenue in Manhattan, according to the Post report. The victim of the midtown Manhattan attack told the NYPD that his attacker shouted,  “F–k you, Jew bastard!” The victim was checking his cell phone when the attacked occurred.

A suspect was apprehended by police in the hours subsequent to the attack. The suspect was identified as Steven Jorge, 28, from Miami, Florida. He was arrested with no bail pending, according to the Post report, pending a psychological examination.

“I’ve talked to the mayor. He doesn’t know what to do,” Hikind said. “We’ve presented a plan to the mayor. Right now, anti-Semitism, it’s not being dealt with. ‘You condemn, you move on, you condemn the next one.’ I wanted the mayor to declare a state of emergency because of these hate crimes.”

The NYPD reported 166 anti-Semitic incidents from January through September this year, according to a CNN report. The vast majority of the crimes do not involve assault, but rather acts of vandalism, with graffiti or swastikas being scrawled on places that include synagogues, Police Commissioner Dermot Shea said in September, when he was the department’s chief of detectives.