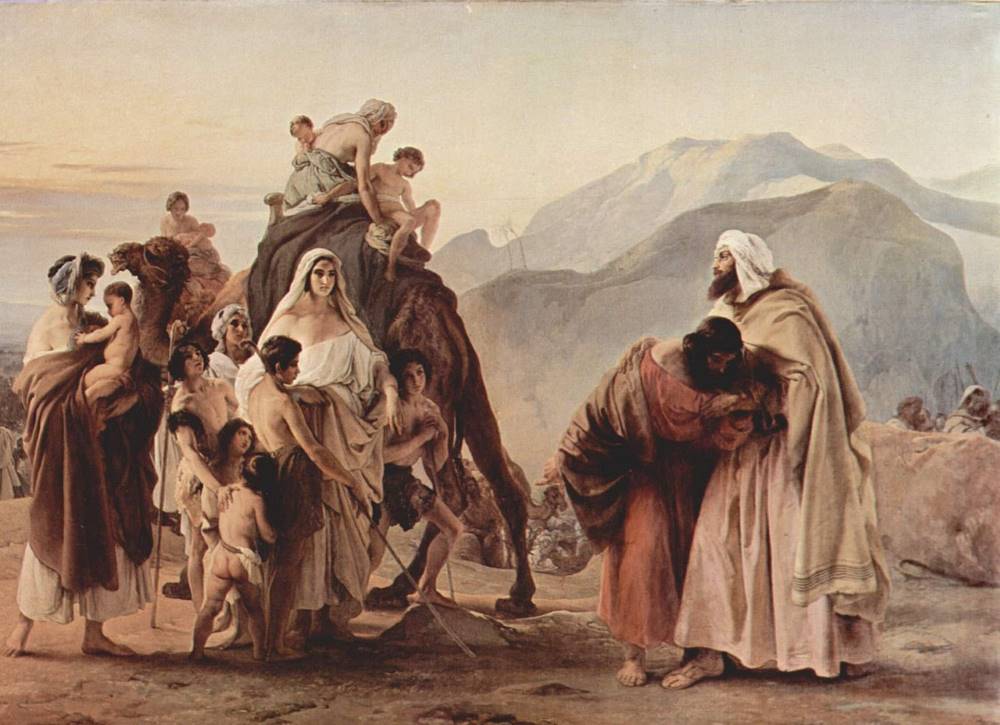 Yaakov’s family faced a tremendous crisis. While passing through the city of Shechem, Dena, their sister was attacked and was violated by Shechem, the son of King Chamor, who bore the same name as the city. Shechem later claimed that he desperately wanted to marry her! No one in the entire city brought the prince to justice and Yaakov’s sons were not going to ignore that behavior.

They were not ready for open warfare either, and so they developed a ruse. They claimed that they were ready to form a harmonious relationship with the entire population of the city of Shechem.

“We will give our daughters to you, and take your daughters to ourselves; we will dwell with you, and become a single people” (Braishis 34:16). However, there was one condition. Every male of Shechem had to circumcise. Yaakov’s children insisted that it would be a disgrace for the daughters of Abraham to marry uncircumcised men. Upon direction from King Chamor and Prince Shechem the entire town agreed, and three days later, when the people of Shechem were in painful recuperation from their surgery, Yaakov’s children avenged Dina’s honor. Despite Yaakov’s consternation, they attacked the male population and wiped them out.

On September 30, 2000, the word intifada was almost unknown to the average American. And then the riots began. On one of the first days of what has now been over three years of unceasing violence, against innocent Israelis, The New York Times, Associated Press and other major media outlets published a photo of a young man who looked terrified, bloodied and battered. There was an Israeli soldier in the background brandishing a billy-club. The caption in everyone of the papers that carried the photo identified the teen as an innocent Palestinian victim of the riots — with the clear implication that the Israeli soldier was the one who beat him. The world was in shock and outrage at the sight of the poor teen, blood oozing from his temple crouching beneath the club-wielding Israeli policeman. Letters of protest and sympathy poured in form the genteel readers of the gentile world.

The victim’s true identity was soon revealed. Dr. Aaron Grossman wrote the NY Times that the picture of the Israeli soldier and the Palestinian on the Temple Mount was indeed not a Palestinian. The battered boy was actually his son, Tuvia Grossman, a Yeshiva student from Chicago. He, and two of his friends, were pulled from their taxicab by a mob of Palestinian Arabs, and were severely beaten and stabbed. The Israeli soldier wielding the club was actually attempting to protect Tuvia from the vicious mob.

All of a sudden the outrage ceased, the brutal attack was almost ignored and a correction buried somewhere deep amongst “all the news that is fit to print” re-identified Tuvia Grossman as “an American student in Israel.” It hardly mentioned that he was an innocent Jew who was nearly lynched by Arabs. This blatant hypocrisy in news coverage incidentally help launch a media watchdog named Honest Reporting.com.

Rav Yonasan Eibeschitz, zt”l, explains that Yaakov’s children knew something that was as relevant in Biblical times as it is in today’s “New York” times. Yaakov’s sons knew the secret of society. Have them circumcised. Make them Jews. Then you can do whatever you want with them and no one will say a word. You can wipe out an entire city — as long as it is not a gentile city. If Shechem had remained a gentile city had the people not circumcised according the laws of Avraham then Yaakov’s children would have been condemned by the entire world. But Yaakov’s children knew better. They made sure that the Shechemites, went through a Jewish circumcision. Shechem now was a Jewish city; and when a Jewish city is destroyed, the story becomes as irrelevant as an American student attacked by a Palestinian mob in Yerushalayim! Unfortunately it is that simple and that old.