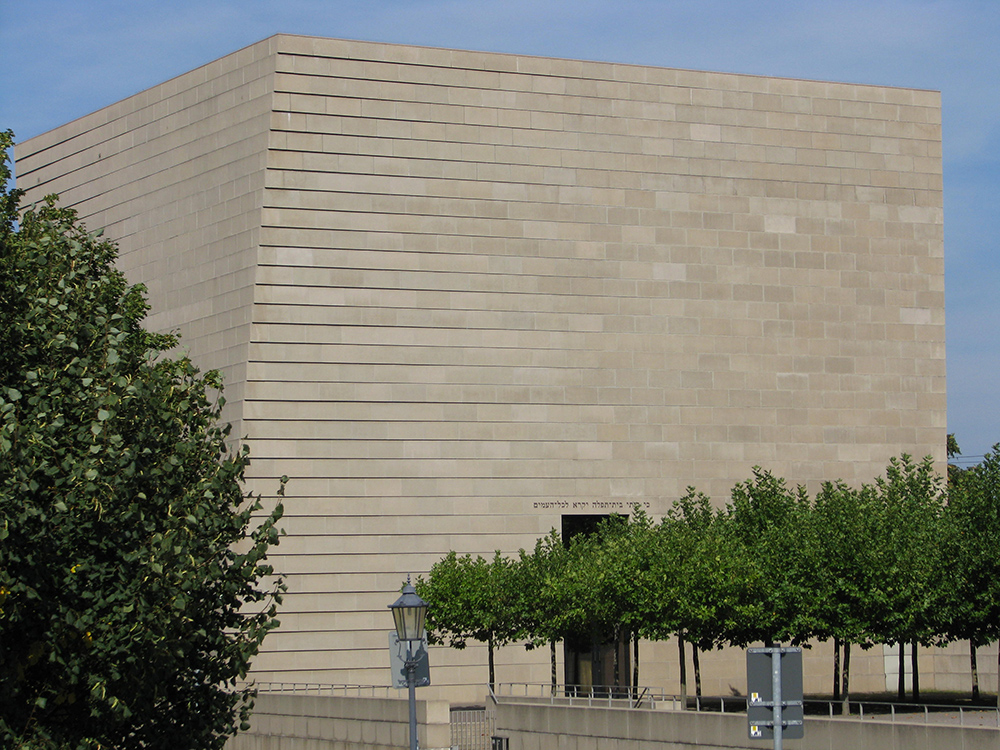 Cross the August Bridge over the Elbe River towards the Altstadt (Old Oity) of Dresden on a tour bus, and you’ll likely hear “oohs” and “aahs” from tourists as they behold the restored Baroque skyline that made Dresden the “Florence of the Elbe.”

These days, most people don’t associate the capital of the German state of Saxony with its historic beauty. The infamous Anglo-American firebombing of February 1945 turned the Old City into rubble, killing an estimated 40,000. 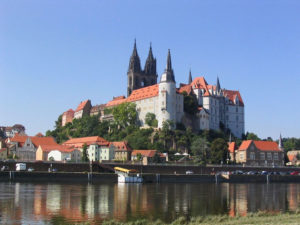 The House of Meissen near Dresden. Credit: Wikipedia.com

While other German cities suffered equal or greater devastation, Dresden captures the public’s imagination because the city houses some of the world’s most stunning Baroque churches and palaces—like the Frauenkirche (Church of Our Lady) and the Zwinger, both destroyed in the bombing and later rebuilt—as well as fine Renaissance artworks.

When Dresden was part of the German Democratic Republic after World War II, East German leaders invested only in the renowned Semperoper opera house. After 1990, a unified Germany undertook the meticulous reconstruction of the city’s domed—and doomed—landmarks.

According to Gablinger Tours, a company offering Dresden day trips from Berlin led by Hebrew-speaking and English-speaking guides (including this reporter), Israeli tourists discovered post-communist Dresden a decade before it became a renewed international attraction. Currently, the city draws approximately 10 million tourists annually.

“About 10 years ago, American tourists had no idea what they were going to see,” said Nadav Gablinger, CEO of Gablinger Tours. “They were in shock when they arrived in Dresden. They expected ruins.”

In the 1990s, Tel Aviv-Prague was a more frequent route than Tel Aviv-Berlin, and Israeli travel agents often tacked Dresden onto Prague tour packages; Dresden is equidistant from Berlin and Prague, reachable by a two-hour train ride. Today, Berlin is Israel’s top European destination, and websites like TripAdvisor have put the “Baroque Pearl of the North” firmly on the tourist map.

Unless they book a private tour, Gablinger said, Jewish tourists don’t necessarily come for Jewish content, which is more plentiful in Berlin. In 1933, some 6,000 Jews lived in Dresden compared to Berlin’s 160,000.

Yet Dresden Jews have made their mark. The city’s tragic Jewish history and the community’s slow revival is aptly symbolized by an odd building that doesn’t fit the picturesque skyline: the New Synagogue on the banks of the Elbe, inaugurated in November 2001. Two rectangular structures representing a tent and temple enclose the site of the Old Synagogue, which was designed in Moorish tones in the late 1830s by the opera house’s architect, Gottfried Semper. Dresden artist Otto Griebel recorded the prophetic cry of a passerby who watched the Semper synagogue go down in flames during the Kristallnacht pogrom of November 1938: “This fire will return. It will follow a large curve and then return to us.”

The returning fire was documented by one of the city’s best-known Jewish residents, Victor Klemperer. The son of a rabbi, Klemperer had converted to Protestantism, but Hitler’s regime forced him to wear the yellow Jewish star patch. His diaries, “I Will Bear Witness,” are considered among the most important diaries of the Nazi era after Anne Frank’s. Klemperer and the dozens of Jews alive in Dresden in 1945 had been spared deportation as the spouses or children of “Aryans” (ethnic Germans)—until the week of the bombing. The firestorm occurred days before their scheduled deportation, and Jewish survivors in the city ripped off their patches and fled, posing as Aryan refugees.

The 1945 bombing destroyed a world of art and architecture created with some Jewish influence. The man who beautified the Altstadt was the legendary Saxon prince and art-lover, August the Strong (1694-1733). “Court Jew” Berend Lehmann, August’s financier, helped him leverage his Saxon capital to essentially purchase the throne of Poland in 1697 and to fill the royal court with the intricate, jewel-laden treasures now on display at Dresden’s flagship museum, The New Green Vault. The Polish king, in gratitude for the services rendered, petitioned to allow Lehmann, who was also a Jewish philanthropist, to build a home in Dresden at a time when Jewish property rights were curtailed.

King August augmented his wealth when he took a chance on an “alchemist” who promised to turn base metals into gold. Eventually, the trickster churned out “white gold,” the nickname for Meissen porcelain, one of the world’s finest porcelain brands. Tourists spending more than a day in Dresden can visit the House of Meissen, situated half an hour away from the city, for insight into how Dresden became a mecca for “finearbeit” (precision work).

Jewish tourists staying for Shabbat can attend services at the progressive New Synagogue or the traditional Chabad center, which also offers a kosher Friday night meal. Today, some 2,000-2,500 Jews live in Dresden, including about 100 Israel families.

One modern manifestation of Dresden’s fine arbeit is its high-tech industry. “Silicon Saxony,” as it’s also known today, boasts a technical university whose graduates have created a start-up culture that employs some Israelis, signaling a fresh start for a city that continues its rise from the ashes of World War II.