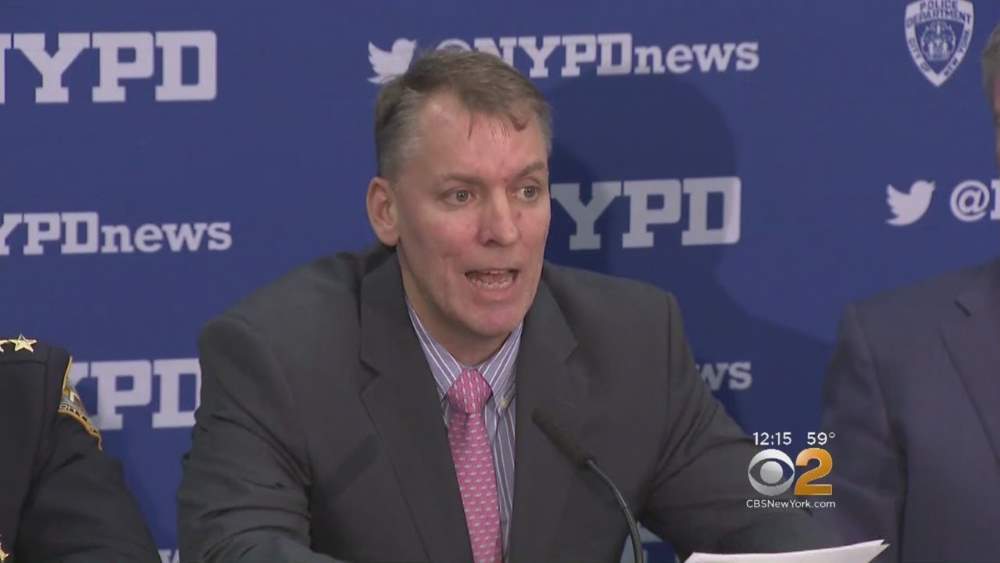 On Sunday, Dermot Shea, the new NYPD Commissioner took on the role by first addressing the NYPD. As reported by the NY Post, he promised to prioritize respect for police officers, and stress neighborhood policing. Photo Credit: YouTube

New York’s finest have a new top cop as the department has appointed its 44th commissioner.

On Sunday, Dermot Shea, the new NYPD Commissioner took on the role by first addressing the NYPD.  As reported by the NY Post, he promised to prioritize respect for police officers, and stress neighborhood policing.  He said it is “an incredible honor” to take the lead role of the largest police force in the country. Shea said, he “will stand up and demand accountability” in response to any acts of violence against police officers.  Shea continued, saying the department will work “in closer cooperation with all of our partners, both inside and outside city government” to do more for the public and improve the people’s sentiments towards the police.   He aspires to improve the working relationship between cops and their communities.

“You already seem to do everything,” Shea wrote to the cops. “And now we’re going to ask you to do even more: To not just solve crimes, but to prevent them from happening in the first place; to take Neighborhood Policing to the next level by helping kids stay away from trouble, before they ever find it.”

“But I assure you we’re going to reiterate the ground rules, including: Respect is a two-way street,” he added. “I know you exemplify that every day, but we will ask for that respect to be reciprocated – for people to recognize you as the professionals you are.”  “It frustrates me when the vast majority of people I talk to in our communities are incredibly supportive of you, but then I see a news story that paints the police in a different light,” Shea wrote. “That narrative needs to be changed. And together, we’re going to change it. We’ll do so by continuing to be the most professional, respectful police agency in the world.”

Shea is taking over for former NYPD Commissioner James O’Neill, who retired last month after three years as commissioner and nearly 36 years on the force.  Shea, 50, has served on the force for close to three decades. He started out as a beat cop in the early 1990s and was promoted to lead the 44th and 50th precinct.  He was named the chief of crime control strategies and deputy commissioner for operations in 2014, and last year he was promoted again to chief of detectives. The new top cop is a strong advocate of the NYPD’s use of data analysis to fight crime. He has also expressed concern about the new soft-on-crime bail reform law, which may make it harder to keep NY’s streets safe.