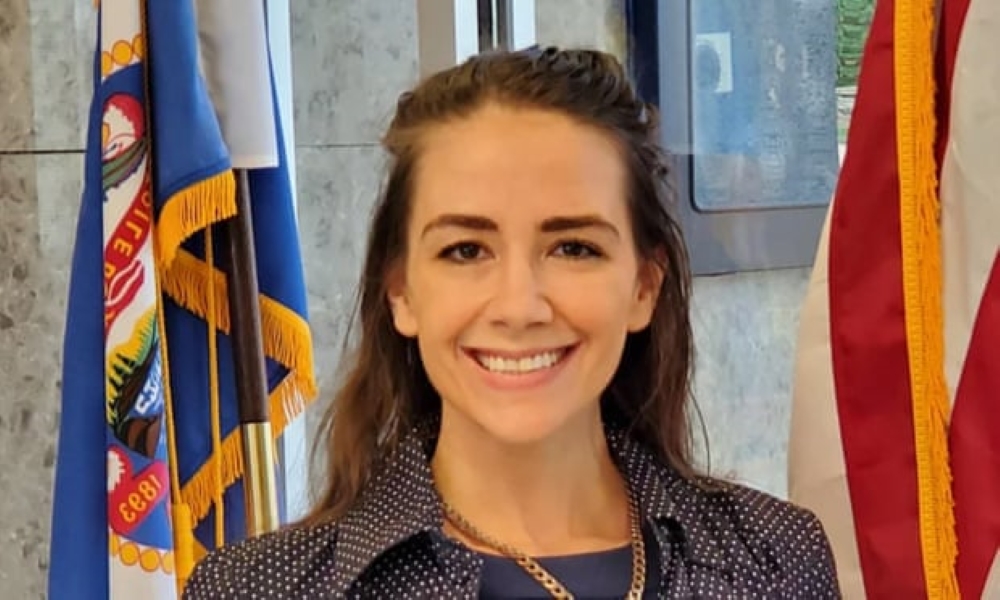 The tweet linked to an image of a stick figure hanging from a gallow.

The Twitter account of Danielle Stella, a Republican candidate seeking to upset Rep. Ilhan Omar’s seat in Congress, was permanently suspended after she published a post suggesting the congresswoman be hanged for allegedly conspiring with Iran, reports the Washington Post.

“If it is proven @IlhanMN passed sensitive info to Iran, she should be tried for #treason and hanged,” the tweet said.

The tweet linked to an image of a stick figure hanging from a gallow.

In response to the ban, Stella told the Post, “My suspension for advocating for the enforcement of federal code proves Twitter will always side with and fight to protect terrorists, traitors, pedophiles and rapists.”

In a shocking report by Al Arabiya English on Tuesday, Omar was accused in a sworn deposition by Kuwait-born Canadian businessman Alan Bender to have passed sensitive information to Iran.

Three Qatari officials “allegedly claimed credit for the meteoric rise of Omar, saying: ‘If it wasn’t for our cash, Ilhan Omar would be just another black Somali refugee in America collecting welfare and serving tables on weekends,’ according to Bender’s sworn deposition,” the report said.

Stella, a 31-year-old special education teacher, was charged with a felony in July after allegedly stealing from stores, the Guardian reported at the time.

She was arrested twice this year in Minneapolis suburbs over allegations that she shoplifted items worth more than $2,300 from a Target and goods valued at $40 from a grocery store, the Guardian said. She has denied the allegations. (WIN)