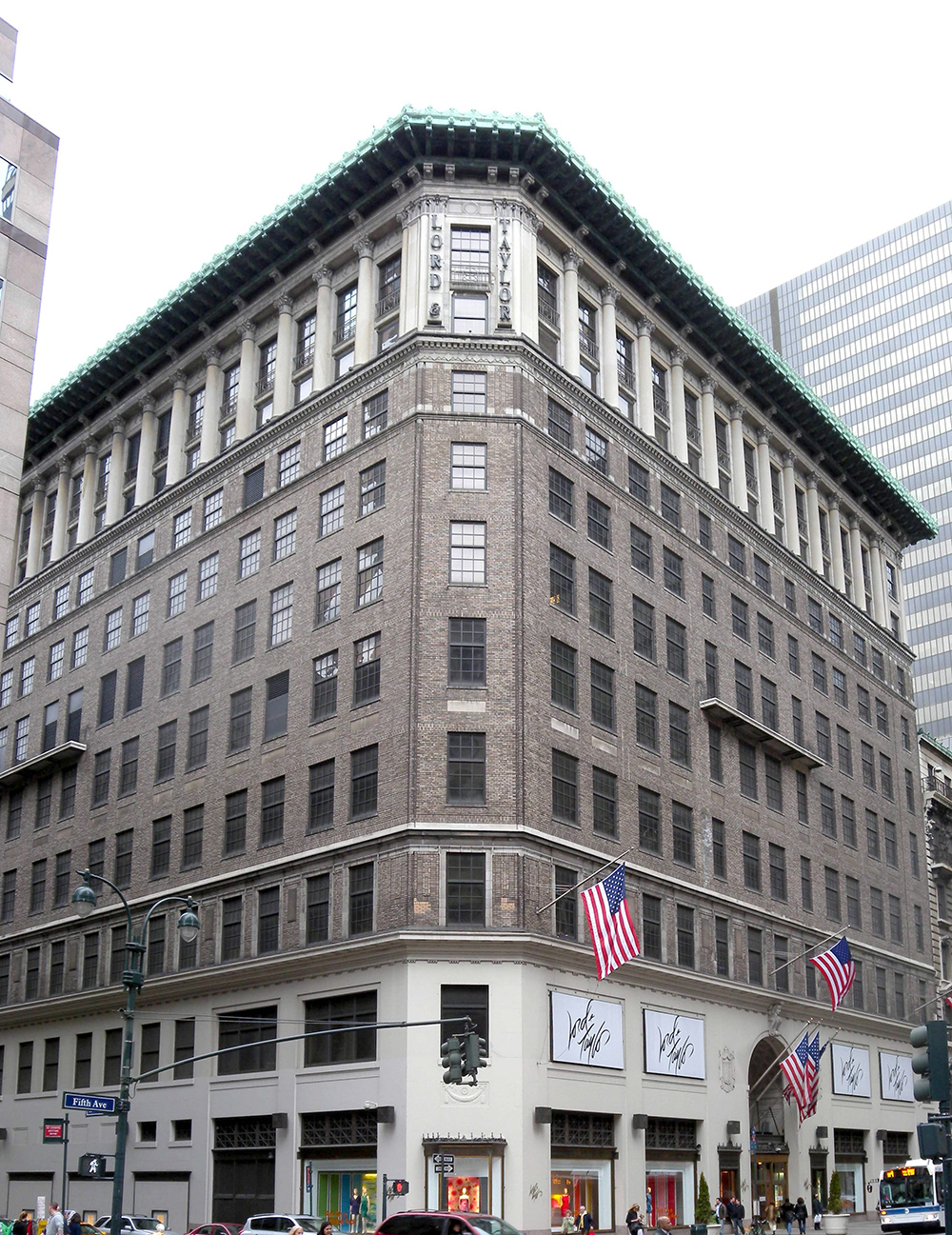 The building housing New York City’s Lord & Taylor is set to get a $438 million facelift – thanks to WeWork. Photo Credit: Wikipedia.org

Once renovated in late 2020, the edifice will feature two floors of retail, a basement food hall and nine floors of office space, said Hudson’s Bay in a statement. The company retains a $125 million preferred equity interest in the property after selling it to WeWork for $850 million in February.

The Lord & Taylor building, which opened at 424 Fifth Avenue in 1914, “is one of WeWork’s priciest investments in its decade-long history,” reported Bloomberg News. “The building had $603 million of outstanding debt when it was sold to the co-working company and that will increase to $900 million as the renovation nears completion, Hudson’s Bay said. The building has about 680,000 square feet that WeWork will have to fill. The company has considered making the space its headquarters, but also reportedly had talks with Amazon.com Inc. about leasing offices there.”

On Nov. 8, Hudson’s Bay Company successfully completed the sale of Lord + Taylor to Le Tote, Inc., a leading fashion rental subscription service, for $75 million in cash and a secured promissory note for $25 million, payable in cash after two years, subject to customary adjustments, according to a press release.

HBC now holds an equity stake of approximately 25% in Le Tote, and a right to designate two members to Le Tote’s Board of Directors. Le Tote has acquired the Lord + Taylor brand and related intellectual property, as well as assumed operations of 38 stores, Lord + Taylor digital channels and the associated inventory.

In addition, the release said, Le Tote has hired the vast majority of Lord + Taylor’s associates. HBC will maintain economic responsibility for the rent payments owed by Lord + Taylor at the 38 locations operated by Le Tote for the initial three years post-closing.

The Lord & Taylor Building is a 10-story structure that was built from 1913 to 1914 and was home to Lord & Taylor’s flagship department store in New York City. Designed by Starrett & van Vleck in the Italian Renaissance Revival style, it contains a two-story base of limestone, a gray brick facade, copper cornices, and a chamfered corner. It was described as the first “frankly commercial” structure on Fifth Avenue above 34th Street, according to Wikipedia, and replaced several of the company’s previous headquarters. The building was designated a city landmark by the New York City Landmarks Preservation Commission on October 30, 2007.