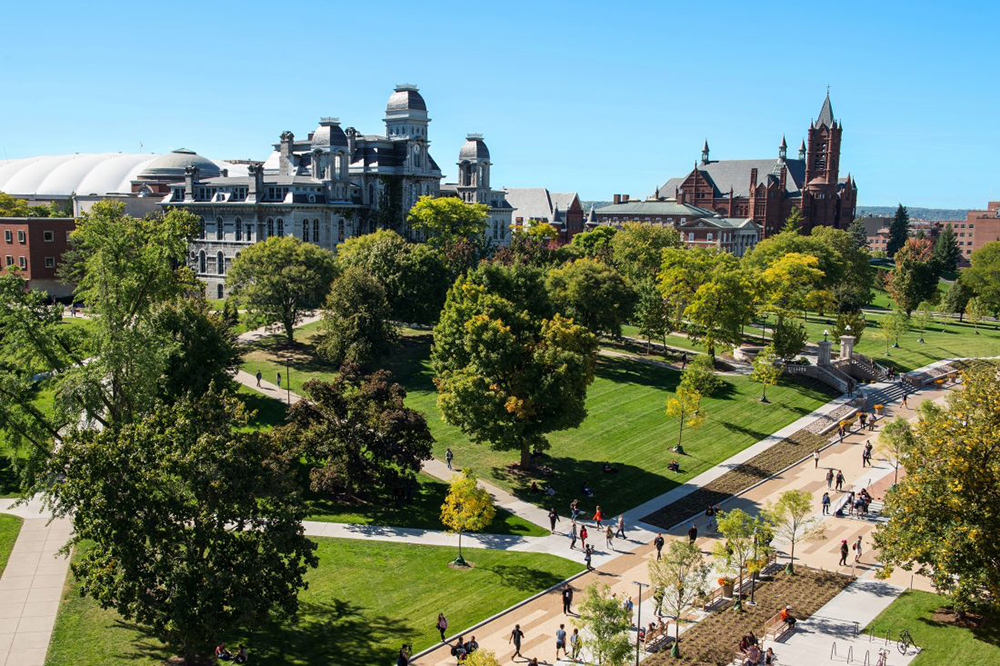 Social activities at Syracuse University’s fraternities are done for the semester in the wake of a series of racist and anti-Semitic incidents on campus.

Nearly a dozen racist incidents have been reported to authorities during November. They include a swastika drawn in a dorm hall and other vandalism featuring racial slurs targeting black and Asian people.

“The announcement on Sunday morning came after a group of students, including members of a fraternity, accosted a female African-American student on Saturday night, using a racial slur,” the New York Times has reported. “The university has identified the students involved in the altercation, which was caught on video, and suspended the fraternity, Alpha Chi Rho. The university said it would continue to investigate the incident and would discipline the students to the “full extent of the law.”

Kent Syverud, the university’s chancellor, said in a statement on Sunday that “We have identified the individuals we believe to be involved. I assure you those responsible will face appropriate disciplinary action. Since some of those who appear to be involved were members of a university fraternity, we have suspended that fraternity pending the outcome of a full investigation. Furthermore, the social activities of all fraternities have been suspended for the remainder of this semester. It is the collective responsibility of our fraternities and our whole university to reflect on how to prevent this very troubling behavior in the future.”

Chief of the university’s Department of Public Safety, Bobby Maldonado, said that together with the Syracuse Police Department and the New York State Police, his team will “continue to investigate multiple instances of racism and anti-Semitism. We are grateful to our students and entire campus community for promptly reporting incidents and partnering with us to share information and evidence. We need to find those responsible for these terrible acts in residence halls and the physics building to date.” As much as $50,000 will be made available for rewards for information leading to an arrest or actionable referral to the Office of Student Rights and Responsibilities.

Governor Andrew Cuomo recently said he was “disgusted by the recent rash of hateful language found scrawled on the walls at Syracuse University, where students from around the world are drawn each year in the pursuit of higher learning. These types of hateful and bigoted actions seek to splinter and segregate our communities, and they have no place in New York – period. We will do everything in our power to prosecute those responsible to the fullest extent of the law.”