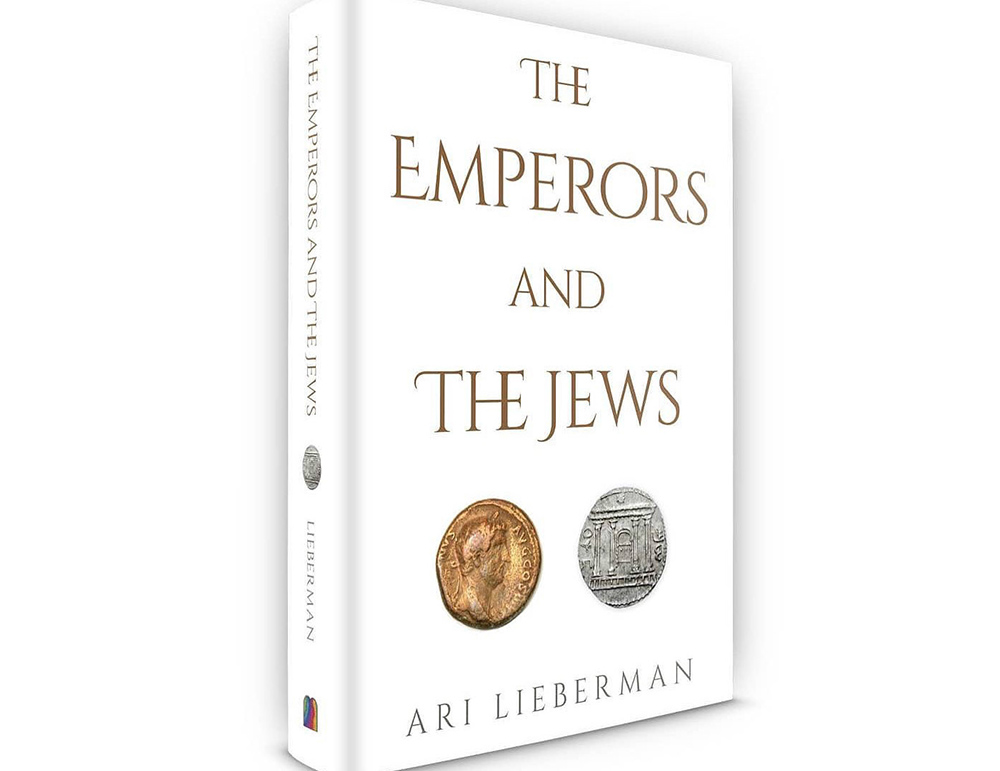 “The Emperor and the Jews” written by Ari Lieberman (Mosaica Press) is actually comprised of three different parts which are seamlessly woven together to present one picture: Firstly, it profiles important Greek and Roman rulers from the perspective of secular historians. Secondly, it draws from rabbinic literature to offer biographical sketches of the important Jewish figures who interfaced with those Greco-Roman rulers. Finally, it offers traditional Jewish insights and explanations to the stories of those Greco-Roman leaders, and their significance from a Jewish perspective.

Lieberman opens his book with an elaborate description of the Greek king Alexander the Great of Macedonia. After painting a vivid picture of Alexander’s upbringing and tutelage, Lieberman follows the stories of Alexander’s military conquests all the way until his death. Lieberman then segues into Talmudic stories in which Alexander makes appearances, including his interactions with the Jewish sages of his day, such as Shimon HaTzaddik, The Elders of the South, and Geviha ben Pesisa.

As is well-known, after Alexander’s death, the Greek empire split into four kingdoms, which Lieberman shows is a fulfillment of Daniel’s prophecies concerning the Third Kingdom. Continuing in the historical narrative, Lieberman focuses on the first two Ptolemaic kings in Egypt. After presenting the historical facts about the Ptolemys, the focus shifts to Rabbinic accounts of the translation of the Torah into Greek which was said to be commissioned by Ptolemy. Lieberman draws from many Jewish sources to analyze this episode, considering whether this development ought to be viewed in a positively or negatively, and whether there is Biblical precedent for translating the Torah.

The next section of Lieberman’s anthology deals with the Flavian emperors of Rome—Vespasian and his son Titus. Lieberman provides us with the historical background behind Vespasian’s rise to power and why the Romans waged war against the Jews. He then introduces us to the Jewish leader at time, the holy Tanna Rabban Yochanan ben Zakkai, who foresaw Vespasian’s ascend to the throne. At that fateful meeting, the holy Tanna negotiated with Vespasian to ensure the continuation of the Jewish People even after Jerusalem was to be sacked by the Romans and the Holy Temple be burnt to the ground. Lieberman also discusses the Talmud’s account of the Temple’s destruction and how Titus was duly punished for his role.

The last section of Lieberman’s book is dedicated to the Roman emperor Antoninus and his relationship with Rabbi Yehuda HaNassi. Although the exact identity of Antoninus mentioned in the Talmud is unclear, Lieberman narrows it down to Marcus Aurelius or Antoninus Pius and gives us the biography of both of those figures. He then provides a bio of Rabbi Yehuda HaNassi—the famous redactor of the Mishnah, known in the Talmud as simply “Rebbi”. Afterwards, Lieberman offers an elaborate analysis of the enigmatic, yet enchanting bond between these two unlikely companions. Many of the sources which Lieberman cites connect this relationship to that of Jacob and Esau, with Rebbi representing Jacob and Antoninus representing Esau.

At the end of the book, Lieberman wrote two helpful appendices: The first provides a running list of the changes that the Sages introduced when translating the Torah from Hebrew into Greek. This appendix is related to his discussion on the Ptolemys and their role in that undertaking. Lieberman draws from a plethora of sources to explain the need for each change, and the implications of those changes. The second appendix deals with the concept of the Four Kingdoms which are destined to dominate the Jewish People, and documents various allusions to these Four Kingdoms in the most unlikely passages.

Lieberman’s work boasts of two different types of notes: Footnotes are marked by Arabic numerals, and generally refer the reader to sources and/or links to websites with much of the relevant primary and secondary sources. Endnotes are marked by Roman numerals which provide the reader with all full Hebrew sources cited in their original.

In addition to drawing from historians who wrote about ancient Greece and Rome, Lieberman’s impressive library includes the Talmud, Midrashim, Rashi, R. Bachaya, Maharsha, Maharal, the Aggadic works of the Ben Ish Chai, and much more. He also make use of traditional Jewish works of history, such as Shalshelet HaKabbalah, Tzemach David, Seder HaDorot, and Dorot HaRishonim.

As alluded to above, Lieberman does not suffice with just reporting the facts, he also provides the reader with more practical lessons and insights. His work is chockful of advice and guidance for potential shtadlanim and askanim gleaned from lessons learned in the past.

All in all, Ari Lieberman’s book is very easy to read and does not get bogged down in tedious details. His liberal use of adjectives make his descriptions come alive, and his masterful use of bullet points both summarize his major arguments and make fresh succinct observations without dwelling on them. Despite engaging with secular historians, Lieberman’s work remains true to Chazal and the spirit of tradition as befits an apparent Torah Scholar like himself. As the venerable Rabbi Dr. Yitzchak Breitowitz observes, “Rabbi Ari Lieberman has written a truly fascinating book on a largely unstudied topic” and in the words of Rabbi Berel Wein, “it belongs in the home of every Jew interested in our tradition and history”.

Rabbi Reuven Chaim Klein is the author of the book God versus Gods: Judaism in the Age of Idolatry and of the book Lashon HaKodesh: History, Holiness, & Hebrew. He is a member of the RCA, and currently serves as an editor for the Veromemanu Foundation’s flagship project, the Yalkut Shorashim. He resides in Beitar Illit, Israel and can be reached via email at [email protected].