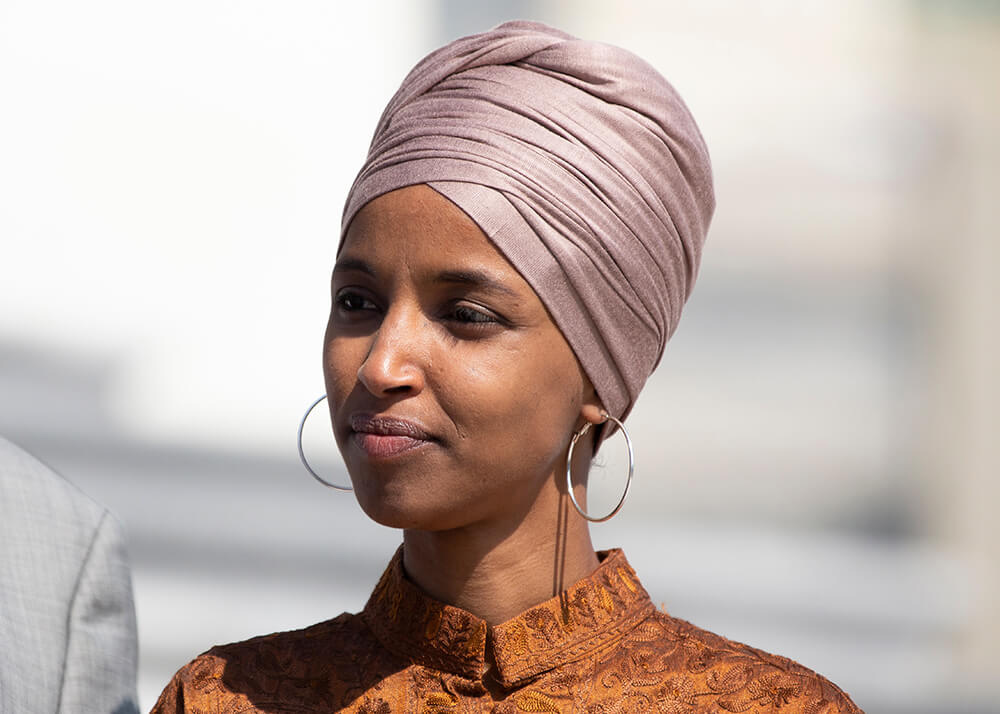 Jew-hating Democrat Congresswoman Ilhan Omar is having an affair with her campaign strategist, according to the Daily Mail. Somali-born Omar, a supporter of the boycott, divestment and sanction (BDS) movement, is said to be involved with Tim Mynett, the leader of a consulting agency that her campaign hired in 2018. Photo Credit: Shutterstock

Jew-hating Democrat Congresswoman Ilhan Omar is having an affair with her campaign strategist, according to the Daily Mail.

Somali-born Omar, a supporter of the boycott, divestment and sanction (BDS) movement, is said to be involved with Tim Mynett, the leader of a consulting agency that her campaign hired in 2018, the report says, adding that Mynett has reportedly been spotted entering her apartment and leaving the following morning.

“The website reports that Omar denied divorcing her husband Ahmed Hirsi for months, despite her having reportedly left their home. She filed for divorce in the beginning of October, after the incident in which Mynett slept at her Washington apartment,” noted The Jerusalem Post. “Mynett’s wife Beth reportedly filed for divorce in August. Mynett’s political consultation company, E Street Group, has been advising Omar’s campaign since 2018.”

Just two weeks ago, Omar filed for divorce from the father of her three kids, claiming the marriage is “irretrievable” — amid allegations that she had an affair with Mynett. In a counterclaim, Mynett alleged his estranged wife fabricated the story as part of a “negative campaign” against him to “seemingly in an effort to ruin his career,” according to breitbart.com. “Allegations of the affair could land Omar in hot water with the Federal Election Commission (FEC), which received a formal complaint from a conservative watchdog that accuses the lawmaker of illegally using campaign funds to carry out her alleged romance with Mynett.”

The Breitbart News report continued, “Federal campaign finance records show that Omar’s campaign has paid nearly $230,000 since 2018 to the E. Street Group, a political strategy firm of which the lawmaker’s alleged married lover, Tim Mynett, is a partner of. On Tuesday, Mynett’s wife, Dr. Beth Jordan Mynett, filed for divorce in a D.C.-area court, alleging her spouse confessed to having an affair with Omar in April, the same month FEC documents show that the lawmaker’s campaign began issuing payments to E. Street Group for “travel expenses.”

According to FEC filings, the Minnesota Democrat’s campaign made eight payments totaling $21,547 to E. Street Group for travel costs between April and June. The divorce filings, first reported by the New York Post, also states Tim Mynett made a “shocking declaration of love” for the Minnesota Democrat to his wife and left her soon after. The National Legal and Policy Center (NLPC), the right-leaning non-profit group behind the complaint against Omar, alleges the timelines of the affair and travel payments overlap. As per FEC guidelines, lawmakers are forbidden from using campaign money for personal travel expenses unless the candidate pays the money back using their personal funds.”