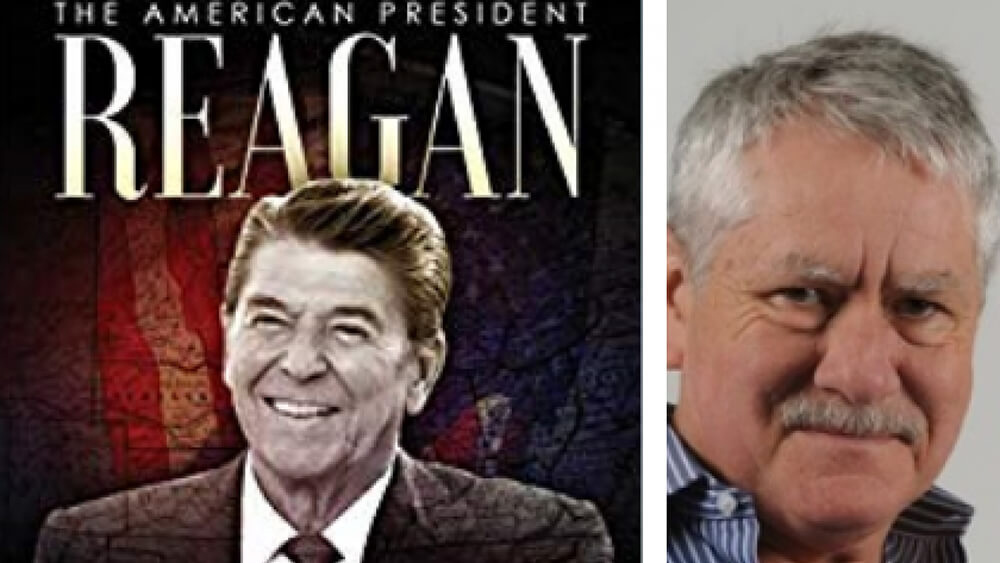 In a campaign rally in South Carolina recently, presidential hopeful Pete Buttigieg became the latest in a growing number of Democrat leaders who feel that disparaging America is necessary to inspire their base and prove their ideological bona fides. Taking issue with President Donald Trump’s triggering slogan “Make America Great Again,” Buttigieg declared that the America Trump “wants to return us to what was never as great as advertised.” Something about the notion of American exceptionalism simply infuriates the left. Trump was savvy enough to realize his MAGA slogan would expose that anti-Americanism and would rally patriotic Americans to his side. One of the principal reasons Trump is sitting in the White House is “that he re-instilled in the common man that sacred presumption that the United States was, and still remains, an exceptional nation blessed by God.”

That quote is from New York Times #1 bestselling author Larry Schweikart’s brand new book, a biography of an American icon – Ronald Reagan, and actually refers to the book’s subject, not Trump. But like Trump, Reagan swept into the presidency in the wake of one of America’s worst presidents by appealing to a yearning to make this country great again.

At nearly 550 pages (including endnotes), Reagan: The American President, from Post Hill Press, is a weighty tome but a page-turning read about the beloved leader who wasn’t perfect, but whose “magnificent, world-changing successes” included “defeating the Soviet Union, putting communist ideology on the road to extinction, and reviving a moribund American economy.”

The prolific historian Schweikart’s previous works include 48 Liberal Lies About American History and A Patriot’s History of the United States (co-written with Michael Allen), the best antidote to the radical Howard Zinn’s corrosive, anti-American work The People’s History of the United States, which has infiltrated virtually every schoolroom in America. Dr. Schweikart kindly agreed to answer a few questions about his new biography of the man many conservatives consider the great American president of the 20th century, and some the greatest of all time.

Mark Tapson: What did you want to say about Ronald Reagan that sets your book apart from his many other biographies?

Larry Schweikart: This is the first work done predominantly from the Reagan Papers/Reagan Archives themselves. One or two other biographers have had access to some of the papers, but no one got into them as I did. Second, this is the first biography of Reagan written by a professional historian who is a conservative. Right there, that sets the book apart “bigly,” to quote President Trump.

MT: You note that Reagan “left office more popular than when he was elected, something Carter, Ford, Nixon, Johnson, and Truman had all failed to achieve”? How do you explain that?

LS: Easy. He asked the question when he was elected in 1980: “Are you better off today than you were four years ago?” Well, if you asked that question in 1988, there’s no question most Americans were better off. We weren’t at war anywhere, the economy was soaring, Reagan made people feel good about being Americans, and there was great hope for the future. Why wouldn’t he be popular?

MT: You point out that Reagan had a sort of wholistic approach to his policies, that he “envisioned all his actions as achieving multiple aims simultaneously”? Can you elaborate on that a bit?

LS: The things that made the American economy stronger also, ironically, made the Soviets’ economy weaker. For example, by curbing inflation – Paul Volcker brought it down from over 8% to zero in one quarter – the value of one of the Soviets’ two major exports (gold) fell tenfold. This slammed their ability to generate hard currency. Reagan’s first meetings with foreign dignitaries included the Saudis and he strong-armed them (not without a carrot – the AWACS planes) into lowering the price of oil and increasing production. This undercut the Soviets’ other major export leg, oil. That really left only vodka and spies…

When it came to the overall strategy of defeating the USSR – and Reagan believed that he was going to defeat the USSR and not just “live with them” – Reagan utilized all weapons in the arsenal. He forged a spiritual alliance with Pope John Paul II to pressure the Soviets to release dissidents, especially religious dissidents. He supported Lech Walesa in speeches, something Ike wouldn’t do with the Hungarian revolt in 1956. In an episode made famous in a movie, he and Congressman Charlie Wilson shipped weapons to the Afghans to fight the Soviets, bleeding them.

He slapped restrictions on computers and computer-related technology, knowing the Soviets couldn’t possibly invent the stuff at our level on their own (Have you ever heard of a Bill Gateski or Steve Jobski?). With Margaret Thatcher and other European allies he deployed the Pershing Missiles and the cruise missiles. And, of course, by supporting Voice of America/Radio Free Europe’s ability to beam rock and roll behind the Iron Curtain, he slowly turned “da yutes” (to quote My Cousin Vinny) against the government. I have interviews with East Europeans who were young people at the time who said, “We WANTED to be Americans!”

MT: You note that Reagan’s critics, who dismiss him as an actor merely playing the role of president, miss his “essential genius” in identifying and perfecting the communication medium of the day: television. Tell us about that.

LS: As a historian, I like to ask, “How would Abraham Lincoln have done in the 1930s?” Poorly. He had a high screechy voice and was not photogenic, while FDR had a mellow, captivating voice and a connection over the radio, and, he never allowed himself to be photographed in his wheelchair. But FDR would have failed in the 1980s because there was still a significant stigma against someone in a wheelchair. Reagan, on the other hand, had a near-photographic memory allowing him to memorize speeches so he could look right at the people, not at a teleprompter. Likewise, he constantly re-wrote all his speeches to more appropriately speak to common people. It was Reagan who RE-inserted the “Tear down this wall” line several times over the objections of his speechwriters. His storytelling ability was perfect for the era – one-hour broadcasts on all three networks without two hours of Democrats attacking him on CNN before and after.

But in that same vein, I don’t think Reagan would be nearly as effective a politician today. He was Muhammed Ali in a boxing match whereas Donald Trump is in a UFC cage match. The politics are far more brutal, almost demonic. Reagan’s “nice guy” image would not carry him nearly as far today – but was perfect for the television age.

MT: You make an explicit comparison between Reagan and Donald Trump in certain areas, particularly in terms of their appeal to the people. Do you foresee Trump ultimately earning the same iconic status among conservatives as Reagan?

LS: As Yoda says in The Empire Strikes Back, “Always in motion is the future.” Trump has, potentially, six more years to go. I think for Trump to rise to Reagan’s level he has to accomplish something equally “big.” Fixing the economy is huge, but it’s almost expected. I think for Trump to be equated on the same level as Reagan he has to achieve success in one of two areas: substantially solve the immigration crisis with a Wall, or (through Attorney General Barr) take down several leading members of the Deep State through indictments. This doesn’t necessarily have to be Hillary Clinton or Barack Obama – although I think if the AG sufficiently pursued the case, both would be unindicted co-conspirators and would have to get pardons from President Trump – but send Andrew McCabe, James Comey, and a few others to jail. This would elevate Trump as the “man who restored law and order in America.”