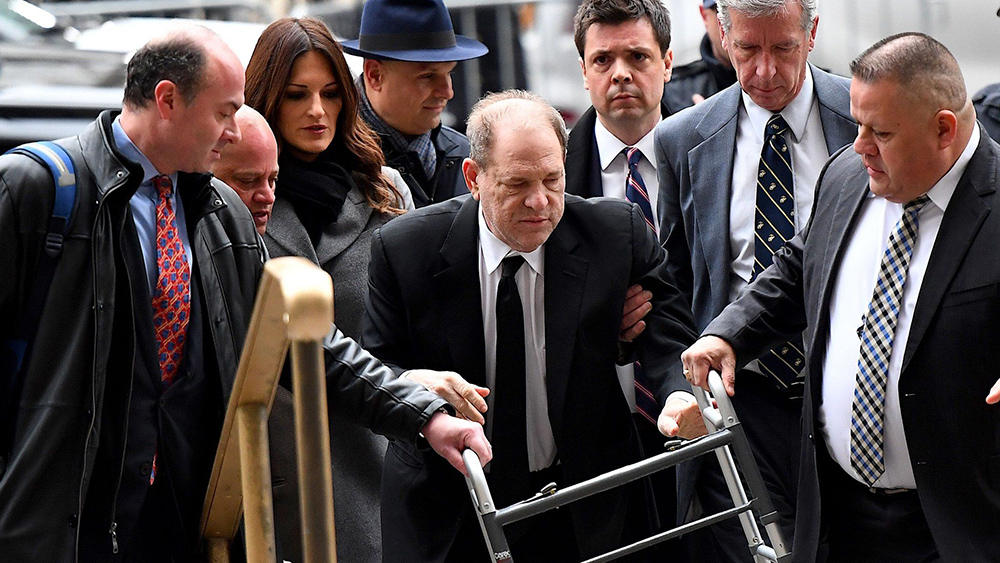 “That never happened,” Claudia Salinas said in court Monday. “If I had done that, I would remember that. I never closed a door behind anybody ever.”

“Salinas said that the meeting at the Montage hotel bar took place, but she contested other aspects of Young’s account of the night. Not only did Salinas deny shutting the bathroom door on Young — she denied being in the suite altogether,” reported buzzfeednews.com. “However, Salinas acknowledged that she previously told investigators that she did not know if Young went to Weinstein’s room that night and that her only recollection of the “uneventful” evening was that she had met Weinstein and Young for drinks at the hotel bar.”

The trial offers no shortage of lurid tales. For instance, actress Talita Maia testified regarding the account of her former friend and roommate Jessica Mann. “Mann, whose accusations are part of the indictment against Weinstein, previously testified that Maia was present — in the other room of a hotel suite — when she says that Weinstein forcibly performed oral sex on her without her consent,” according to hollywoodreporter.com.

Salinas was presented with photos of the hotel suite in question, but said she never went there. “Do you ever recall following Lauren Young down that hallway with Mr. Weinstein in front of her?” she was queried. She answered no, adding, “Because if I had done that, I would remember that. I would never close the door on anybody, ever.”

The most damning testimony, according to trial enthusiasts, can be summed up in these quotes:

Annabella Sciorra: “I wished I had never opened the door.”

Miriam Haley: “I just checked out and decided to endure it.”

Jessica Mann: “I do want the jury to know he is my rapist.”

Supporting witnesses: “I said ‘no, no, no’ the whole time.”

Weinstein’s alleged guilt was called into question when alleged victim Jessica Mann said she continued to the producer after the alleged attack, “and that they developed a sexual relationship she described as “extremely degrading,” said npr.org. “I thought he was deformed and intersex,” she told the courtroom, referring to “extreme scarring” and other graphic details about Weinstein’s body. Other witnesses recounted similar tales. Mann’s assertions, along with Haley’s, form the foundation of the charges.”