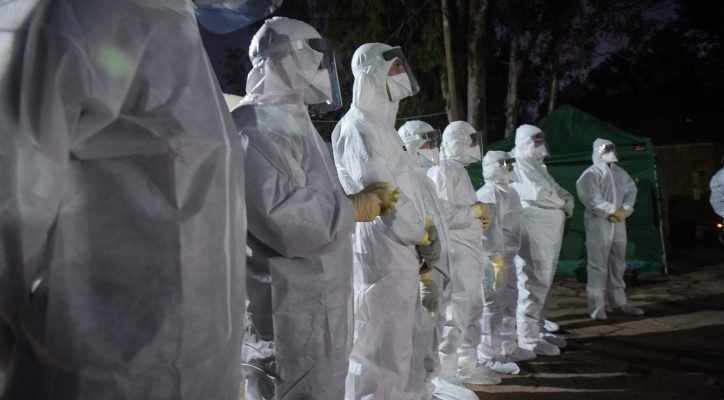 The coronoavirus has infected nearly 78,000 people globally and a group of eighth graders was recently quarantined in Israel after exposure to the deadly virus.

180 Israeli students are now in isolation after being exposed to South Korean tourists who tested positive for the coronavirus, according to a report done by Channel 12.

The JPost reported that the South Koreans returned home on February 15th from an eight-day visit to Israel. While it’s unknown whether the group contracted the virus before or after their return to South Korea, the Health Ministry is operating on the assumption that they arrived in Israel as carriers of the virus, which has a 14-day incubation period during which those infected are asymptomatic.

According to the Education Ministry, the students will continue their studies and receive assistance from counselors at home, said the Times.

The group of Koreans to which the Israel teens were exposed visited Israel from February 8-15, with nine confirmed coronavirus diagnoses announced upon their return to their home country.

Currently, Israel is refusing entry to tourists arriving from South Korea, in addition to several other Asian countries.

In yet another development, the AP reported that one of the 11 Israelis who were flown home after being quarantined on a cruise ship in Japan has tested positive for the COVID-19 virus, the first case to be reported inside Israel, the Health Ministry said Friday.

The Israeli cruise ship passengers, who had all initially tested negative, arrived on a charter plane overnight. They were met by medics in protection suits and immediately taken to the Sheba Medical Center near Tel Aviv, where they will be kept in quarantine.

Another four Israelis were hospitalized in Japan after testing positive for the virus.

The COVID-19 virus has infected more than 76,000 people in 27 countries and caused more than 2,200 deaths since it was first reported in China’s Hubei province in December.

The Diamond Princess ship docked at a Yokohama port has the most COVID-19 cases outside of China, with 634 confirmed by late Thursday. Two former passengers have died.

Dozens of foreign passengers were flown back to their home countries on flights chartered by their governments.

Israel has canceled all flights to and from China and is requiring Israelis returning from China, Hong Kong, Macau, Singapore or Thailand to be quarantined at home for two weeks. (World Israel News, AP & JPost)