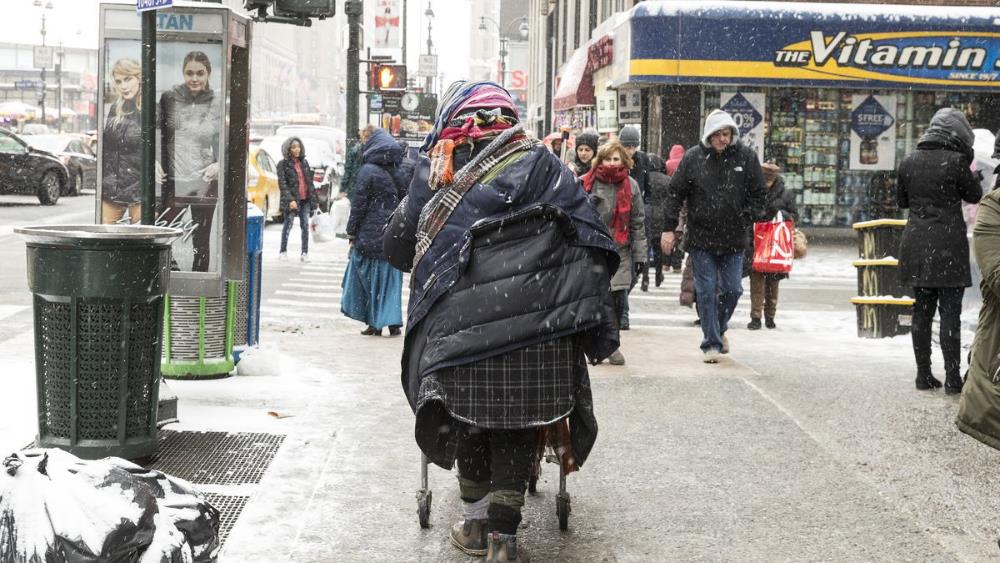 New York City Mayor Bill de Blasio has another record he will need to try and live down: a spike in the number of deaths among homeless New Yorkers. Photo Credit: Lev Radin/Pacific Press/LightRocket via Getty Images

New York City Mayor Bill de Blasio has another record he will need to try and live down: a spike in the number of deaths among homeless New Yorkers.

Statistics just release show that more homeless residents died in 2019 than in any other single year over the last decades.

The deaths underscore the fecklessness of the de Blasio administration, since the mayor had boasted relentlessly that he was working on improving their lot.

Numbers show that between July 2018 and June 2019, the number of homeless new Yorkers reached 404 — a disgraceful number, and a whopping 39% above the previous year. Indeed, it was the largest number of homeless deaths in the Big Apple since 2006, which is when stats began to be gathered.

Six in 10 of those who died did so in a city hospital. Others passed away outdoors or in other, unspecified locations.

The legally required annual report indicated that the most common causes of death among the homeless, in order, were drugs, heart disease, alcoholism, unspecified accidents and cancer. Ten of those who died were murdered, and 15 committed suicide. Among all those who died, 313 were men.

The overall homeless population hit an all-time record high in fiscal 2019: 63,839 were in shelters as of January 2019, according to the Coalition for the Homeless.

According to that group, homelessness in New York City has reached the highest levels since the Great Depression of the 1930s. In November 2019, there were 63,092 homeless people, including 14,973 homeless families with 22,258 homeless children, sleeping each night in the New York City municipal shelter system. Families make up more than two-thirds of the homeless shelter population.