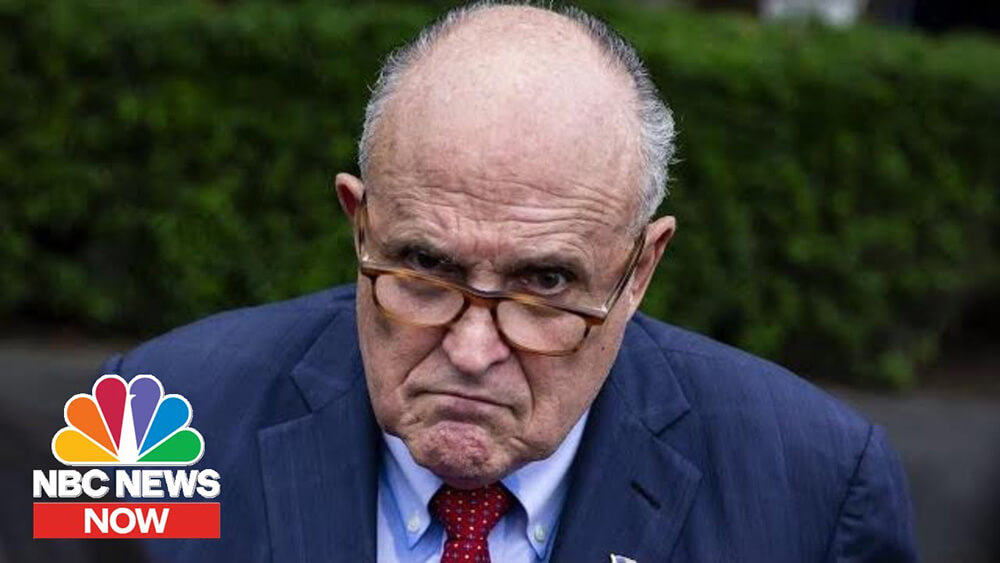 As Rudy Giuliani finds himself at the center of the impeachment proceedings and the Ukraine scandal, we are unlikely to hear President Donald Trump discuss the former New York mayor anytime soon. Photo Credit: YouTube

What began as a nightmare possibility for the West — the entrenchment of Iranian commerce in European markets — is quickly becoming a reality. And at the center of this unfolding situation is an unlikely player; a public figure whose pro-Israel credentials have previously been considered virtually untainted.

One month after Tehran joined the Russian-led Eurasian Economic Union (EAEU), several weeks after Tehran’s membership was sealed during that trade bloc’s annual conference in the Armenian capital of Yerevan, Iran and Armenia reportedly discussed the establishment of a new “special-purpose vehicle” for their bilateral trade.

Yet that vehicle would reverberate far beyond the Iranian-Armenian border. According to a report by the Iranian daily Financial Tribune, the new trade mechanism would be “similar to a barter deal, mainly in the form of Iran selling oil to Europe in exchange for importing other commodities.” As it stands, being part of the EAEU gives Iran the ability to export its goods to Armenia, Belarus, Kazakhstan, Kyrgyzstan, and Russia with essentially no tariffs.

This, in a nutshell, is the reason for heightened Western concern surrounding the aftermath of the formalization of Iran’s EAEU membership back on Oct. 27. Armenia is the lone EAEU member sharing a border with Iran. Additionally, Armenia is the only EAEU nation maintaining a Deep and Comprehensive Free Trade Agreement with the European Union, which means that warm economic ties between Yerevan and Tehran have direct bearing on all of Europe. Indeed, proposals like the aforementioned oil-commodities exchange are poised to become the norm for Iranian’s business dealings across that continent. It certainly aligns neatly with the EAEU’s founding objective, which is to help Moscow and its allies counter the influence of the EU.

At the same time, Iran continues to unabashedly violate the 2015 nuclear deal, including through the recent revelation that it has resumed uranium enrichment at the underground Fordow facility. The U.S. responded by ending a sanctions waiver pertaining to Fordow, with Secretary of State Mike Pompeo refreshingly declaring, “The right amount of uranium enrichment for the world’s largest state sponsor of terror is zero.”

Yet while this clear-eyed stance on Iran is a welcome shift from the policy approach of the preceding U.S. administration, the Jewish and pro-Israel communities should not ignore one glaring blind spot: the role of Rudy Giuliani.

As Giuliani finds himself at the center of the impeachment proceedings and the Ukraine scandal, we are unlikely to hear President Donald Trump discuss the former New York mayor anytime soon. But it is incumbent upon supporters of Israel to connect the dots when it comes to Giuliani, just as they would for any high-profile individual whose actions could be emboldening Iran.

It begins with the October 2018 EAEU summit, which Giuliani attended in an appearance funded by Chair of the Union of Russian Armenians Ara Abramyan, according to ProPublica. Abramyan is also a member of the advisory board at TriGlobal Strategic Ventures, an entity described by

The New York Times as “a company that provides image consulting to Russian oligarchs and clients with deep Kremlin ties.”

A year later, Giuliani was scheduled to attend the same conference in Yerevan this October, when the gathering’s agenda featured the economic empowerment of Iran through cementing and celebrating Tehran’s EAEU membership. Giuliani ultimately withdrew from this year’s summit.

Yet even his pullout leaves Jewish and pro-Israel observers with more questions than answers.

As I previously asked in October, why would Giuliani have even considered attending an anti-Western and pro-Iranian conference?

In the words of former Deputy Assistant Secretary of Defense Michael Carpenter, “Why was Rudy ‘on the cusp of accepting’ an invitation to appear at a conference with Sergey Glazyev, Putin’s former economic advisor and one of the staunchest advocates of a hybrid war against Western democracies?”

Finally, why would Giuliani appear last year and then initially schedule his reappearance this year in Armenia, a nation which calls itself “faithful” to Iran while simultaneously claiming it remains a “reliable partner” for the West? Yerevan continues to function as Iran’s backchannel for circumventing American and international sanctions, a disturbing trend most recently exposed in August when the U.S. imposed sanctions on two Armenian companies over their business ties with Tehran. And now, as fellow members of the EAEU, Armenia and Iran show every sign of working together to strengthen the Iranian economic footprint in Europe.

In this era of geopolitical upheaval and inverted realities, supporters of Israel must leave no stone unturned in rooting out the factors which potentially amplify Iranian aggression. To date, Rudy Giuliani’s pro-Israel record has gone unquestioned. But now, it is time to take a thorough and honest look at Giuliani’s behavior in the context of the Iranian dilemma.

Jesse Bogner is an author and journalist. His memoir and social critique, The Egotist, has been translated into five languages. His work has been featured in The Daily Caller, MSN and The Huffington Post. His book of articles, Tikkunim (Corrections), was released in January 2018.