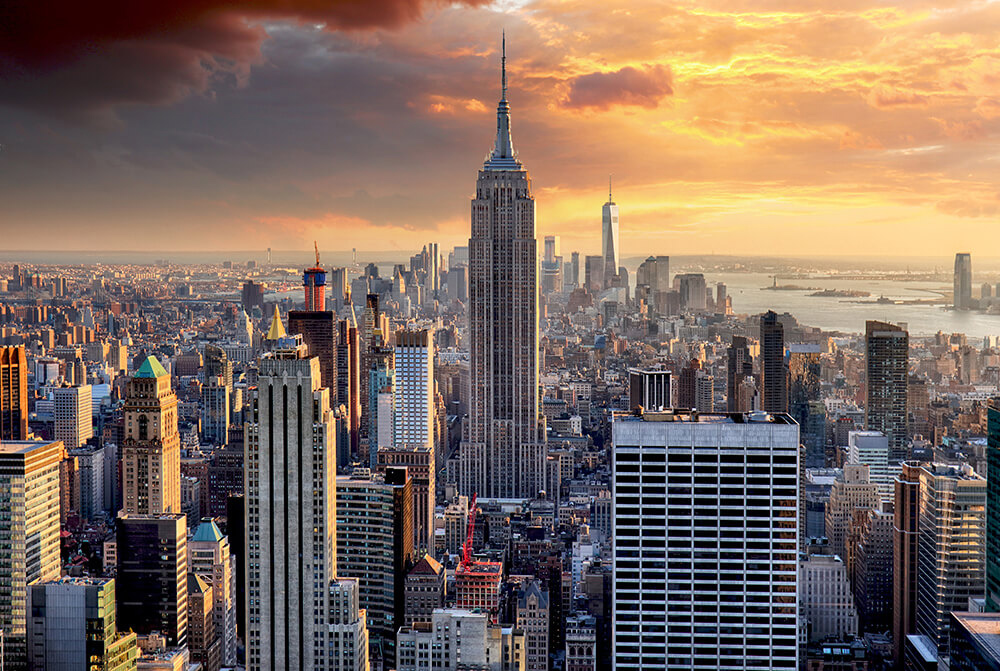 “While the views from the 86th Floor Observatory are world-famous, the Empire State Building has a rich history filled with exciting events and innovative projects that we are now able to share via our new second-floor exhibits,” said Anthony E. Malkin, Chairman and CEO of Empire State Realty Trust. “We began in August 2018 with the relocation of our Observatory entrance to 34th Street, and now our new galleries on the second floor give our visitors the chance to learn and engage with the iconic authenticity that only the Empire State Building, unique not just in New York City, but in the world, can provide. With the expertise of our design partners, these new galleries will engage visitors in unprecedented ways.”

The observatory sits 1,250 feet above Fifth Avenue. The highest point now contains fresh exhibits on the way up. They include:

The Site in the 1920s: A black-and-white panoramic image depicts the site of the original Waldorf-Astoria Hotel as construction of the Empire State Building begins. Through building surveyors, Guests can look in and see the New York City streets of the late 1920s come to life in full color.

Construction: Inspired by the photography of Lewis Hine, visitors will be transported back in time as hot rivets, and steel beams fly overhead, and the sounds of New York City come alive in surround sound. Visitors can also interact with specially commissioned cast sculptures of construction workers as they work and take their lunch break.

Opening Day: The excitement of opening day is palpable with a newsboy announcing the opening of the Empire State Building as he sells his papers on the streets of 1930s New York City

Modern Marvel: The Modern Marvel exhibit outlines the specific measures taken to make the Empire State Building a world leader in sustainability and a leading example in energy efficiency.

World’s Most Famous Building: Set to an original score commissioned for this exhibit, more than seventy screens display highlights of ESB’s starring role in pop culture from every decade since the 1930s. Visitors from around the world will recognize the hundreds of movies, TV shows, commercials, cartoons, comic books, and video games that feature the world’s most famous building.
King Kong: Visitors walk into an office from the 1930s where the famous, giant ape’s fingers pierce the walls as he dangles from the building and dodges vintage fighter planes. Those brave enough can even step into Kong’s hands – but beware, you might feel the power of this fearsome ape firsthand!

Celebrity: The Empire State building is a popular destination for A-list celebrities and worldwide talent with many famous faces from around the globe visiting its world-famous 86th Floor Observatory. This exhibit highlights some of the most-famous visitors (athletes, musicians, actors) with their images and signed memorabilia adorning the walls for Guests to admire as they head to the elevators that will take them to their next stop: NYC: Above & Beyond on the 80th Floor.