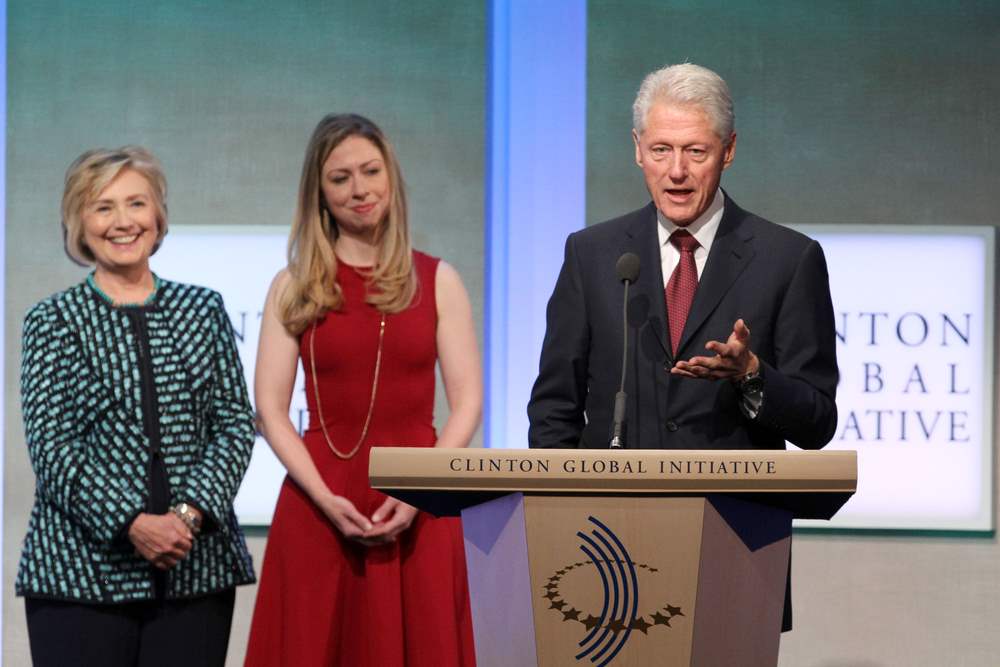 Seems like bearing the surname of Clinton and being a direct descendant of the former president and Secretary of State can be a powerful tool for making a substantial and very easy profit.

The Daily Mail of the UK reported that records have emerged that indicate that former first daughter and now mother of two, Chelsea Clinton, 39, raked in $600,000 last year for her work as director of the boards of IAC and Expedia, (two companies owned by Barry Diller). The evidence that the Daily Mail reported on says that the “IAC board met just six times in 2018, while some members of the Expedia board were only obligated to attend two meetings last year.”

Barry Diller, the owner of these two successful companies is a billionaire businessman and longtime partner of designer Diane von Furstenberg, who is often spotted attending Broadway shows with Chelsea and her parents, according to the Daily Mail report. 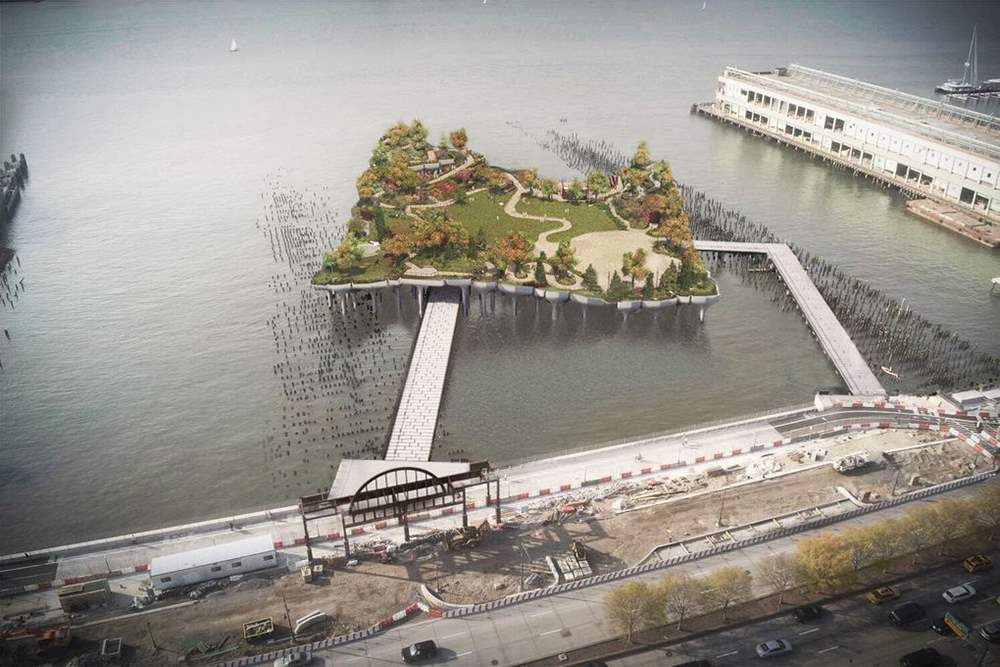 Caption: The pilings for Diller Island, the futuristic park and performing arts venue, are being built. The dream is being sponsored by Barry Diller, the entertainment mogul, and his wife, fashion designer Diane von Furstenberg. With a hefty price tag of $250 million, the island is slated to open in spring of 2021.

Diller is not only an entertainment mogul but a very close friends of Chelsea’s parents, Bill & Hillary. In December of 2018, the Jewish Voice reported that the plans to build Diller Island on the West Side of Manhattan in the Hudson River had begun to materialize as pilings could be seen being built.

With a hefty price tag of $250 million, the island is slated to open in spring of 2021. The estimate budget jumped from a mere $35 million, mainly because of the design complexity and legal battles. The project struggled against seven years of planning and bureaucratic maneuvering while wrangling with an environmentalist opposition group, due to the protected status of the river.

The park, named after Mr. Diller, will feature a performing arts center, with a 700-seat amphitheater for music, dance and theater productions. As reported by the NY Times, British designer Thomas Heatherwick, is creating a 2.4-acre platform which will seem to rise out of the river like a green Neverland. The supports surrounding the perimeter will appear as clusters of Champagne-glass-shaped planting pots seemingly sprouting from pilings beneath the riverbed. The addition of two walkways, which will connect the park to the shoreline and make it part of Hudson River Park, are also already underway.

But back to Chelsea for a moment. The Daily Mail reported that when the market opened this past Friday, the trading prices of both IAC and Expedia revealed that compensation packages that the younger Clinton is receiving would amount to just over $400,000 of Expedia stock and shares in IAC. This pretty package with a bow on top adds up to a whopping $6.3 million for the first daughter and savvy businesswoman.  Moreover, she has over $400,000 worth of Expedia stock, bringing her to over $6.7 million in combined stock from the two companies

The 10-K that was filed this week by Expedia shows that Chelsea’s total compensation package was $302,880 for the most recent fiscal year, according to the Daily Mail report.

Chelsea also picked up a cool $52,953 as a cash fee for assuming the role as director of the board and her stock award was $249,927. Other members of the boards of both companies were compensated in the same amount.   She was required to attend just six meetings in her role at the company, where she has been on the board since 2011

It appears that Chelsea also represents the youth voice on the boards of the companies that she serves on. She is the youngest at age 39 and joins such people as producer Scott Rudin, 60, Uber CEO Khosrowshahi and Diller’s stepson Alexander von Furstenberg, both 49, and Courtnee Chun, who at 43 is the closest in age to Clinton, according to the Daily Mail report.