The Ballet “The Seasons”. Photo by Lieba Nesis

“We should consider every day lost on which we have not danced at least once”-this quote was surprisingly uttered, not by a prima ballerina or choreographer, but by none other than German philosopher Friedrich Nietzsche.

What’s even more astounding is that Nietzsche was plagued by health problems and lost his mental faculties at the age of 44-living the duration of his short life in the care of his mother. Nietzsche, a notorious atheist, went even further by remarking, “I would believe only in a God that knows how to dance”-and so this intellectual genius made sure to dance each and every day even though his physical capacity was severely compromised. On Monday May 20, 2019, a greater glimpse into “the divinity known as dance” was given by the American Ballet Theatre (ABT) whose Spring Gala was an ode to creative genius Alexei Ratmansky who has been an Artist-in-residence with ABT for ten years. During this period, the Russian born Ratmansky has created 16 ballets for the Company guided by his deep appreciation for music and his extensive knowledge of ballet history. We were shown a video in which he revealed he and his wife were both rejected by ABT but he was nonetheless tapped by Artistic Director Kevin McKenzie to choreograph in 2008. Since then, Ratmansky has soared with an originality and confidence that has been globally recognized. 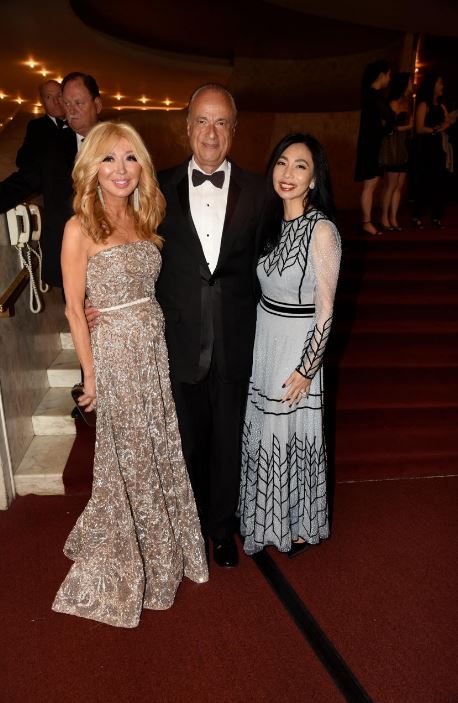 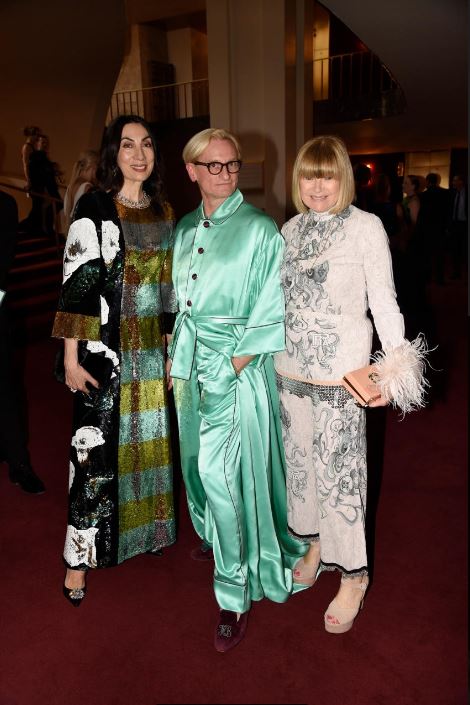 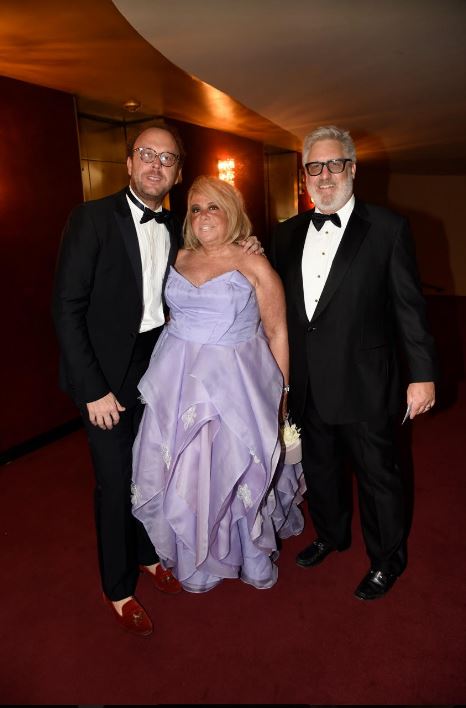 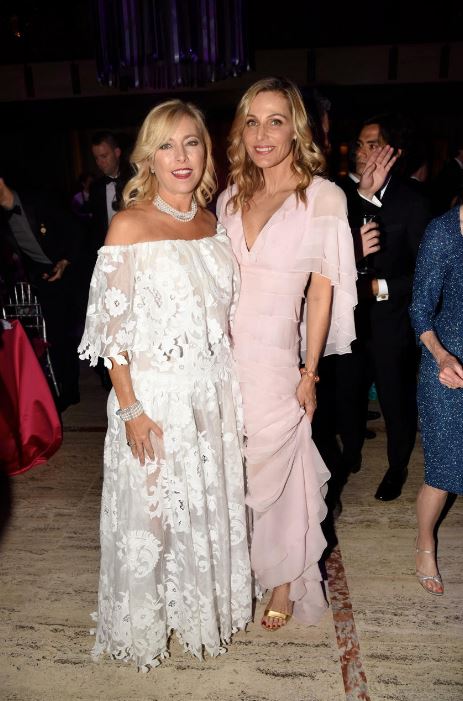 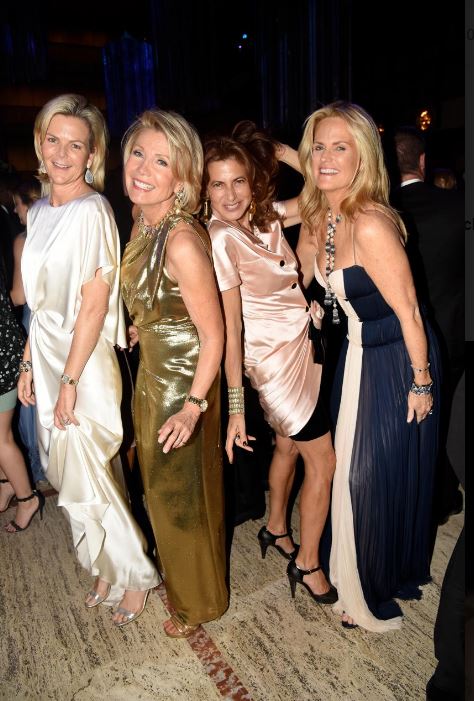 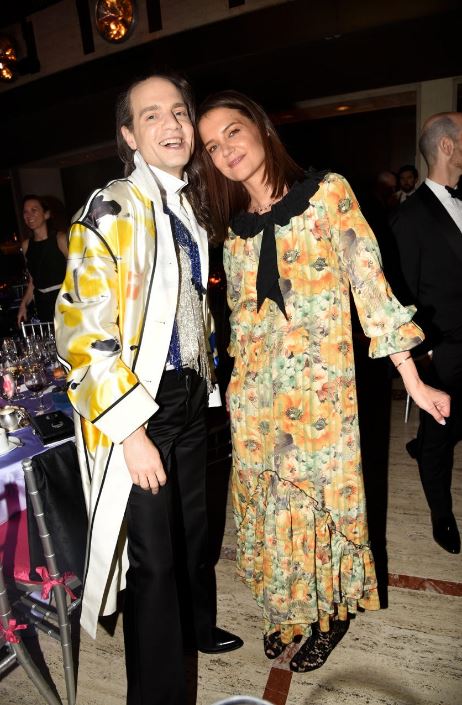 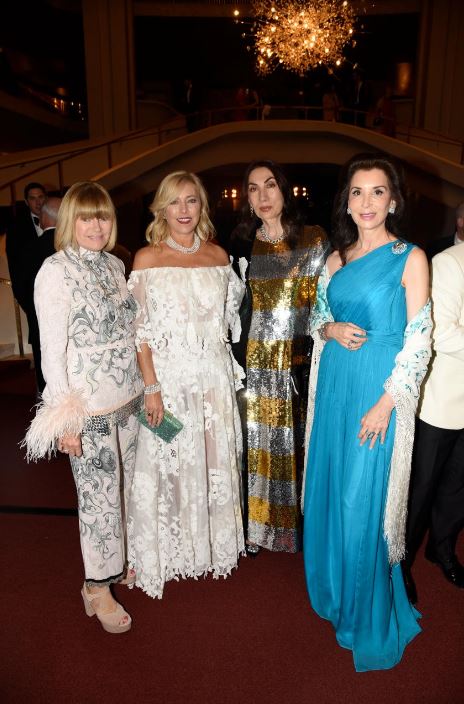 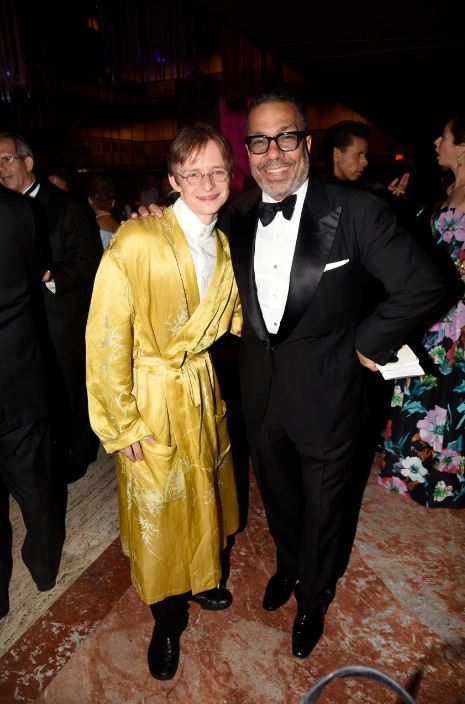 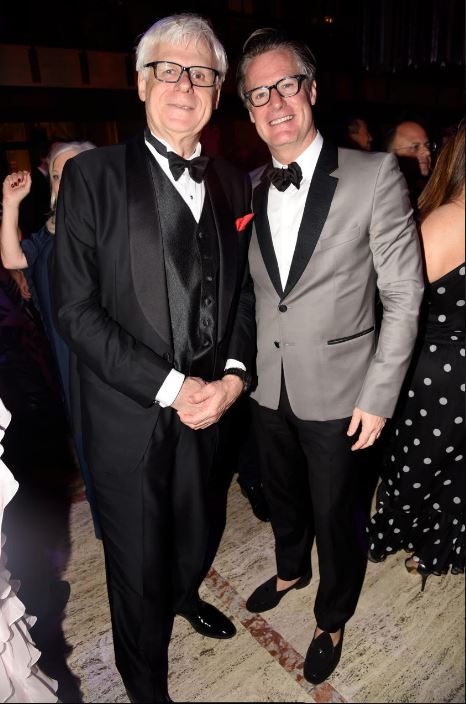 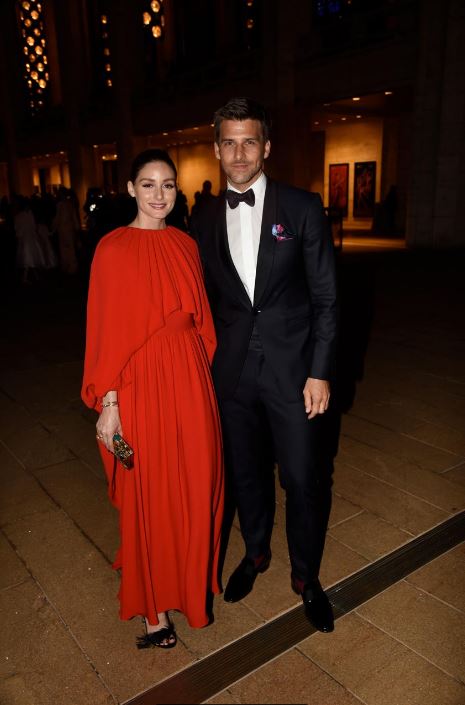 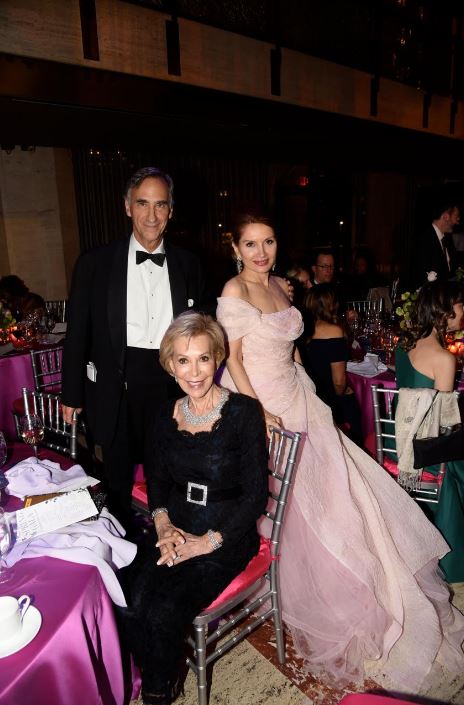 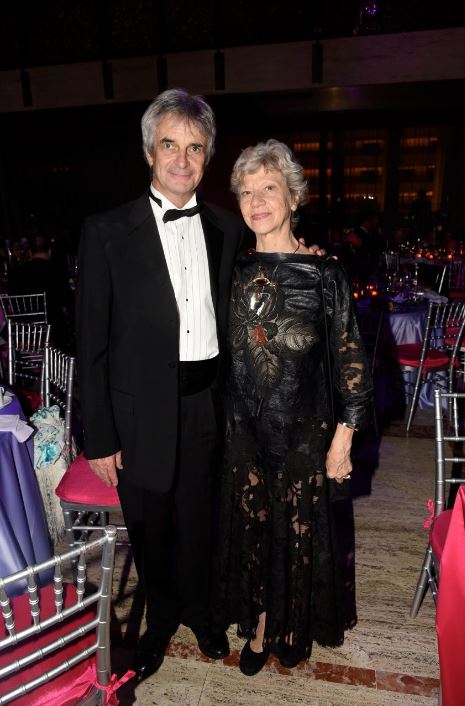 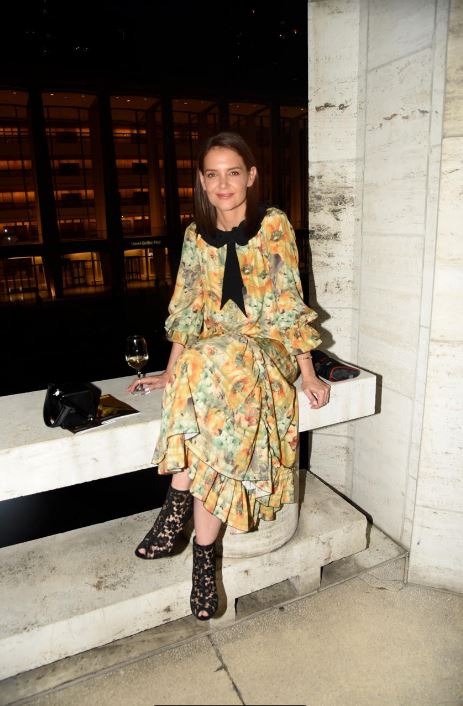 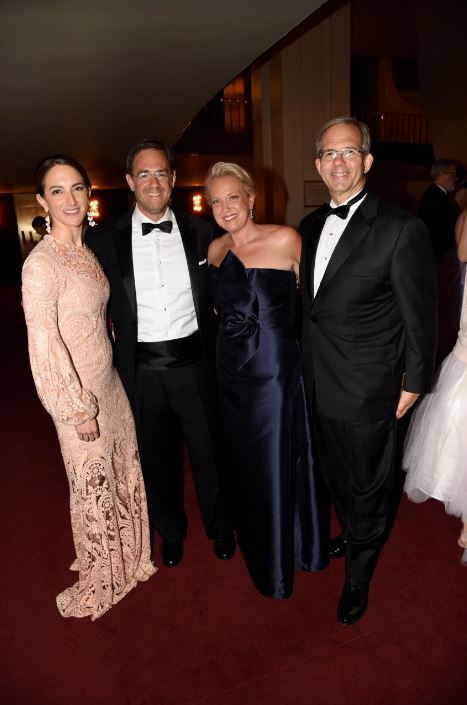 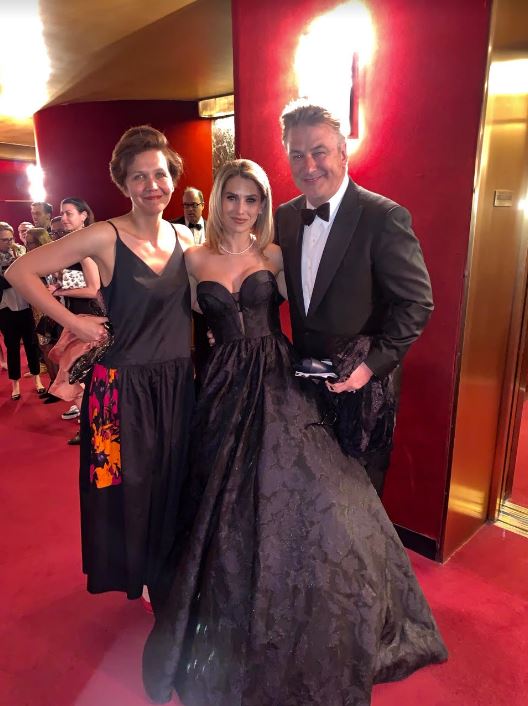 The ballet which was held at The Metropolitan Opera House was attended by an illustrious group which thankfully included celebrities Maggie Gyllenhaal, Alec and Hilaria Baldwin, Katie Holmes, Anna Wintour and Hamish Bowles. With a dearth of celebrities attending the New York City Ballet Spring Gala and The Robin Hood Foundation Benefit it was nice to finally see some bold names at the ballet. The crowd also included socialites: Christine Schwarzman, Joanna Fisher, Calioppe Carella, Jean Shafiroff, Anka Palitz, Lauren Santo Domingo, Anh Duong, and Fe Fendi; as well as businessmen: Valentino Carlotti, Charles Phillips, Ali Wambold and Chairman of the Board Andrew Barth (who was given a special tribute at the beginning of the evening). The evening’s co-chairs were equally starry with Sharon Stone lookalike and patron of the arts Sutton Stracke joined by Emily and Len Blavatnik, Elizabeth Segerstrom and Pamela and David Ford. The night began with cocktails at 5:30 PM on the second floor as attendees rushed to make this early bird special. Those who were tardy to arrive were allowed in by ushers until 7 PM. The guests came dressed to impress with Hamish Bowles leading the pack as he continues to hold the title of “best dressed man in New York” as he takes risk after risk and does so with stunning success. At the Met Gala he nearly outshone the women in a Margiela getup that was playfully exquisite. Just when I thought he had outdone himself, tonight he arrived in a green silk pajama combination that had tongues wagging. Hamish’s sartorial splendor was nearly matched by his friend Jordan Roth who was also a standout at the Met Gala and tonight once again brought his A-game in a Dries Van Noten painted jacket. The ladies are going to have to up their fashion game in order to compete with these two. Roth, who is President of Jujamcyn Theaters, praised the Met Gala for its perfect combination of art, guests and fashion and said it was one of those extraordinary nights he won’t soon forget.

Tonight was equally unforgettable, with Ratmansky making some bold choices with his complex arrangements. While other companies have been plagued by allegations of sexual harassment and abuse, besides principal dancer Marcelo Gomes, ABT has remained virtually unscathed, and so it was appropriate for Ratmansky to showcase the men prominently in his first piece “Serenade after Plato’s Symposium” with music by Leonard Bernstein and costumes and scenery by Jerome Kaplan. This ballet explored the themes of Plato’s original speeches concerning love with each male dancer bringing a unique perspective to the proceedings. The abstraction of the piece was paired with rudimentary abstract color-blocked costumes reflective of the time period in which the piece occurred. Tyler Maloney and Daniil Simkin astounded the audience with their lofty jumps and endless pirouettes as the men-on-men partnering continued throughout the 32 minutes. Simkin, who has relocated to Berlin and remains a permanent “guest” at ABT, revealed to me that he decides how many pirouettes to do during a performance, usually 8-10, based on the level of traction he is able to achieve with the floor. In the old days this over-the-top gala would feature snippets of ballets to be featured from classics such as “Romeo and Juliet” and “Swan Lake” with dancers featured in elaborate sequined gowns and costumes with even fancier scenery; tonight was the opposite with two stripped back pieces presented with little fanfare as simple costumes and sparse scenery abounded. Without any intermissions the ballet could have been laborious; however, the 72 minutes passed by seamlessly as the dancers regaled the audience with one dazzling move after another.

Following a brief pause, Ratmansky presented the World Premiere of “The Seasons” which predictably featured the women more prominently as male corps dancer Aran Bell took a lead role accompanied by 70 dancers including Hee Seo, Catherine Hurlin, and Luciana Paris. This piece was fantastical as Ratmansky proved that he can pair dancers in formations that nearly defy imagination as confetti was strewn about at the end of this exciting number which featured young dancers from the Jacqueline Kennedy Onassis School. The ballet which was originally created by Petipa with music by Alexander Glazunov, was reimagined by Ratmansky who made the piece his own while still retaining the character names of “Snow”, “Frost,” “the Faun,” and “the Rose.” The costumes in red, purple and multihued blue for the men were created by Robert Perdziola and were relatively simple for a gala-all the attention was focused on the dancers and their movements. At the early hour of 8:30 PM guests headed to the second floor of the adjoining David H Koch Theater for the $2,500 dinner which featured streamered chandeliers and colored roses. Some other surprises included the elimination of lengthy speeches enumerating the funds raised as guests were there to enjoy the savory salmon dinner and wines. When the music began, the entire room got on their feet to rejoice on this festive occasion with the DJ playing the frequently banned Michael Jackson. Being that Harry Winston was the evening’s sponsor I was excitedly anticipating leaving with a bejeweled memento; unfortunately, I was gifted two Winston produced chocolates having been heretofore unaware they were in the confectionery business.