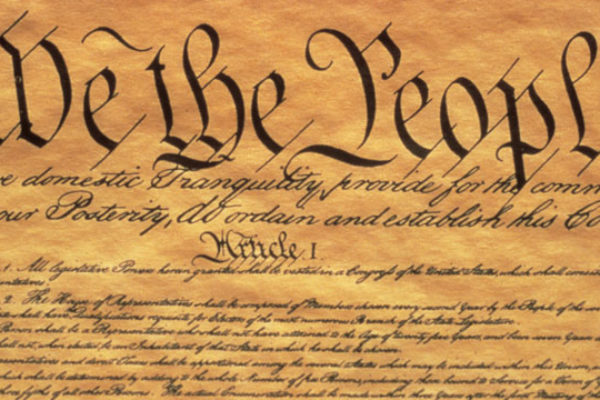 A New York law that placed barriers on carrying guns on private property has been blocked by a judge who says it violates the U.S. Constitution’s Second Amendment.

U.S. District Judge John Sinatra agreed to enter a preliminary injunction against a portion of the law that opened a person up to a felony charge if they carry a gun on private property unless the property owner has posted “clear and conspicuous signage” permitting firearms on the property, or has otherwise given “express consent” to do so.

The history of gun laws shows that the private property provision “violates the right of individuals to keep and bear arms for self-defense outside of their homes,” Sinatra, a Trump appointee, said in a 27-page ruling on Nov. 22.

The U.S. Supreme Court held in a June ruling in a case brought against a different New York law—New York State Rifle and Pistol Association v. Bruen—that the Second Amendment protects a person’s right to carry a gun for self-defense outside of their home and struck down the law, which forced people to prove they needed a conceal carry license.

New York legislators soon after passed Senate Bill S510001, which Democrat New York Gov. Kathy Hochul signed into law. Among its provisions were the private property restriction and a ban on carrying guns at locations deemed “sensitive” such as churches and other houses of worship.

Under the Bruen standard, though, laws in the area are only permissible if the government proves that it’s consistent “with the Nation’s historical tradition of sufficiently analogous regulations,” Sinatra noted.

New York lawyers claimed the private property exclusion complies, citing restrictions imposed in New York and elsewhere no later than 1893. But all “are of unknown or limited duration” and the state has not shown they endured over time, Sinatra said. Additionally, the small number of restrictions does not prove a tradition, he said.

The injunction bars state officials from enforcing the part of the law dealing with private property. It will stay in place until Sinatra rules on the merits, or an appeals court weighs in. Sinatra denied the defendant’s request for a three-day stay pending appeal.

The Firearms Policy Coalition, one of the groups that brought the suit, called the ruling a victory.

The plaintiffs, including New York resident and gun owner Brett Christian, filed the request for an injunction in September, shortly after they lodged a lawsuit against the law.

The law’s denial of Second Amendment rights necessitated the blocking of the law while the case is resolved, they argued.

Christian has a conceal carry license but said that he wasn’t able to carry his gun with him to private property places such as gas stations, which he would typically do as a measure of self-defense, under the new law.

Hochul said while signing the bill that people who violated the law “will face criminal penalties” while Steven Nigrelli, a top state police official, warned that “if you violate this law, you will be arrested.”

“Historical statues forming the basis of that precedent treated people as being entitled to a firearm unless they pose (or more specifically are found by the government to pose) such a danger,” Suddaby wrote, adding that New York’s law “provides that people are not entitled to carry concealed unless they can persuade a licensing officer (who possesses enormous discretion) that they are not such a danger.”

On Nov. 15, though, the stay was lifted by the U.S. Court of Appeals for the 2nd Circuit as the state appeals Suddaby’s ruling.

Sinatra, the other judge, was also asked to block the part of the law that designated public parks and public transportation as “sensitive” places, thus banning the carrying of firearms on and at them.

Sinatra said he would rule on that aspect at a future date. (TheEpochTimes.com)