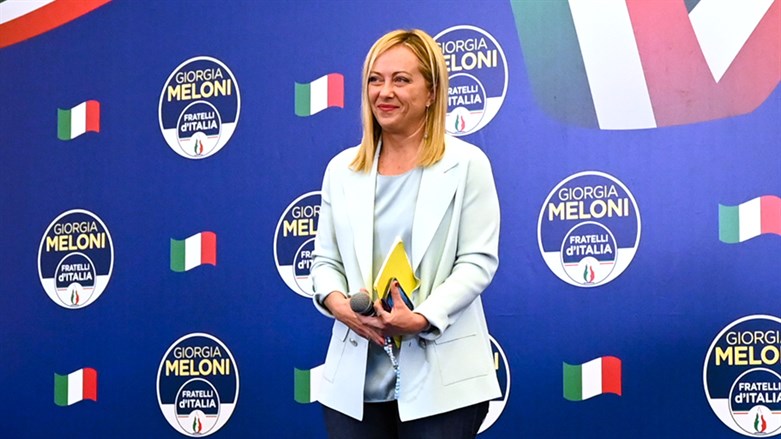 (A7) Italian Prime Minister Giorgia Meloni on Wednesday met with the head of the World Jewish Congress and Italian Jewish groups, The Associated Press reported.

Meloni’s office said in a statement following the meeting that the Premier insisted on the “essential importance” of Italy’s Jewish community for the nation and Europe during the meeting.

The statement quoted by AP said that during the meeting “there emerged full agreement on the need for a strong and more incisive common commitment to combat every form of antisemitism, a phenomenon in worrisome growth including on the web and social networks.”

It said Meloni “underlined the essential importance of Jewish communities for the Italian and European national identity.”

The Brothers of Italy party is considered a far-right party and has drawn accusations of fascism and semi-fascism, though it suspended a candidate who had praised Hitler prior to the election.

Meloni herself has made several controversial statements, accusing Israel of carrying out “another massacre of children in Gaza” during Operation Protective Edge in 2014, but has attempted to position herself as a more pro-Israel candidate in the recent elections.

She recently told the Israel Hayom newspaper that “Israel represents the only fully-fledged democracy in the broader Middle East, and we defend without any reservations its right to exist and live in security. I believe that the existence of the State of Israel is vital, and Fratelli d’Italia will make every effort to invest in greater cooperation between our countries.”

Israel’s Foreign Ministry issued a general statement a week after the Italian election, in which it did not mention Meloni specifically but rather wrote that “Israel congratulates the people of Italy on the end of the election campaign and looks forward to continued cooperation and friendship with the government that will be established and the Italian people.”

The statement added that “Italy is an important friend of Israel.”

Related articles:
Italy’s PM appoints minister once pictured wearing Nazi armband
Lapid congratulates Italy’s new Prime Minister
Giorgia Meloni officially forms new ruling coalition
Israel issues statement on results of Italian election
After Meloni officially formed the new coalition in Italy, Prime Minister Yair Lapid congratulated her and said he looked forward “to working together to strengthen the ties between Jerusalem and Rome as well as in the international arena, including in international organizations and in everything related to the fight against antisemitism, in Europe and in the Middle East.”