NYU Prof: I Was Fired After Students Complained My Class Was Too Hard - The Jewish Voice

NYU Prof: I Was Fired After Students Complained My Class Was Too Hard

68% of online antisemitism comes from Palestinians or progressives

Former New York University (NYU) professor Maitland Jones Jr. says he was fired after students complained that his organic chemistry class was too difficult. An op-ed written by the professor warns of the negative impact his firing has on less-experienced professors, writing, “Their entire careers are at the peril of complaining students and deans who seem willing to turn students into nothing more than tuition-paying clients.”

“Many students seem increasingly unwilling to put in the necessary effort to master the material, and teachers are burning out at a rapid rate,” Jones wrote in an op-ed for the Boston Globe, adding that the Chinese coronavirus is not the only factor to blame, as he noticed this decline 10 years ago.

Jones, who arrived at NYU in 2007 after 43 years of teaching and research at Princeton, where he had both tenure and an endowed chair, explained that he had “commissioned and paid for a series of 52 videos to substitute for canceled in-person lectures.” 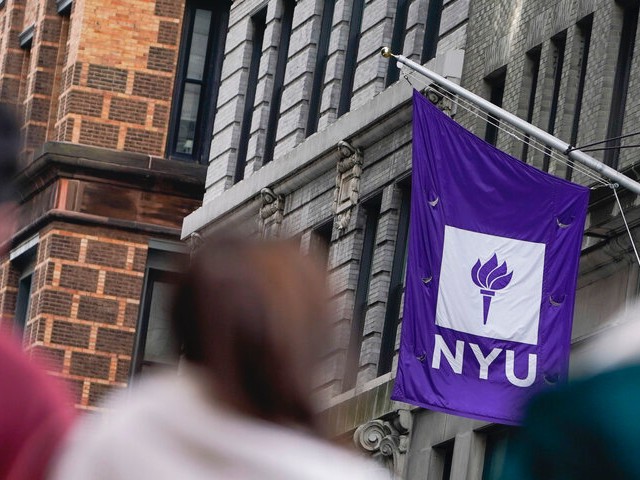 “Students rarely watched them,” he said. “They performed abysmally on exams that would have seemed too easy only a few years ago.”

“Exams that should have yielded a B average dropped to C- or worse,” the professor continued. “Single digit scores became common and we even had zeros on exams, something that had never happened before.”

Jones went on to say that students then complained via student evaluations of professors, a concept that was “once highly useful,” but had turned into “just another social media opportunity to vent.”

Then, in the fall of 2020, Jones and his co-teacher were accused of being “insufficiently sensitive to the stressful issues of the day,” he said, adding that they were then urged to make “accommodations,” such as online, multiple choice exams.

By the spring 2022 semester, students sent a petition to the NYU deans complaining about Jones’ course. After that, “the deans fired me over the objections of the chemistry department,” Jones said.

Jones added that the point of his op-ed is “not that I was unjustly treated,” as his “reputation as a chemist and educator has not been seriously damaged,” but rather, it is “chilling” to think that the younger, untenured professors who might “dare” to give students their real grades will be met with the same type of backlash.

“Their entire careers are at the peril of complaining students and deans who seem willing to turn students into nothing more than tuition-paying clients,” the professor said.

“In these times when critical thinking skills are desperately needed, it is more important than ever to dedicate ourselves to the high standards of education,” Jones concluded. “Without those standards, we as a nation will not produce those individuals — doctors, engineers, scientists, — citizens! — who will guide us toward a better future.”