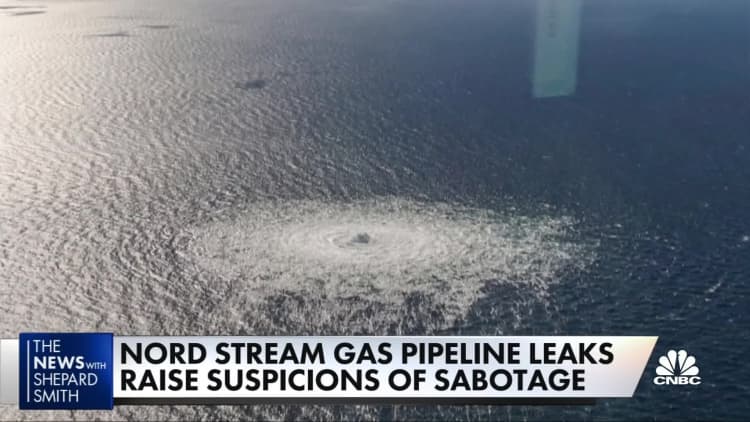 According to a former Pentagon official, the Biden administration is involved with  the Nord Stream pipeline explosions, which were carried out to keep Germany from abandoning the Ukraine war.

On the Judging Freedom podcast, retired US Army colonel Douglas Macgregor made the shocking charges.  Macgregor is a  former advisor to US Defense Secretary in the administration of Donald Trump

“Douglas Macgregor, former advisor to US Defense Secretary in the administration of Donald Trump, argued the absurdness of the rhetoric that Russia was behind the Nord Stream attack, and said, ‘The Russians did not do this’.” pic.twitter.com/zVKesXKVIN

“Would the Russians destroy their own pipeline? 40 percent of Russian gross national product or gross domestic product consists of foreign currency that comes into the country to purchase natural gas, oil, coal and so forth. So the Russians did not do this. The notion that they did I think is absurd,

“Then you have to look at who are the state actors that have the capability to do this. And that means the Royal Navy, the United States Navy Special Operations,” said Macgregor.

“I think that’s pretty clear. We know that thousands of pounds of TNT were used because these pipelines are enormously robust. You have several inches of concrete around various metal alloys to move the natural gas. So it’s not something that you could simply drop a grenade down at the end of a fish line and disrupt. That means it takes a certain amount of sophistication,” he added.

“I’m hesitant to say ‘we know it must have been Washington’. I can’t say that because we just don’t know. But it’s very clear that we have foreclosed Berlin’s options. Berlin was drifting away from this alliance. [Chancellor] Olaf Scholz said ‘I’m not sending any more equipment, I won’t send any tanks’. Now he’s in a bind because the United States has simply robbed him of the option of bailing out. Who’s going to supply him gas and oil and coal and everything else if he bails out? Where does he turn now? And remember, the Germans, who are facing terrible consequences at home refuse to restart nuclear power plants,” the former official said.