15 Simchat Torah Facts Every Jew Should Know - The Jewish Voice 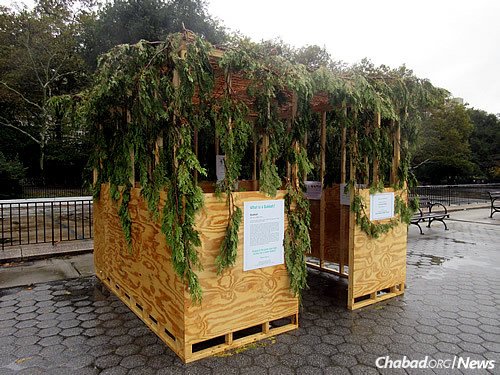 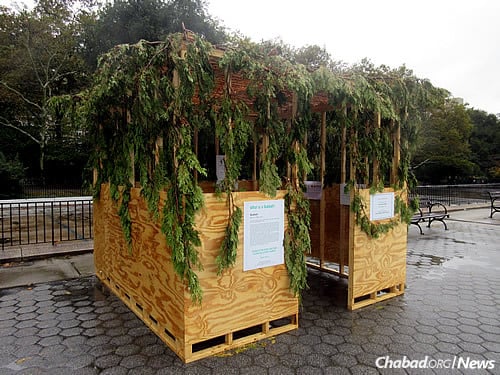 Shemini Atzeret (“The Eighth [Day] Gathering”) comes after 7 days of Sukkot. On it, we celebrate Simchat Torah (“The Joy of the Torah”), since it is the day when we finish the annual Torah-reading cycle and begin anew.

2. In the Diaspora It Is Two Days Long

The Bible describes it as a one-day holiday, beginning at sundown and ending the following night. Like most other holidays, outside of Israel it has expanded into two days, celebrated on 22-23 Tishrei.

The first day is simply called Shemini Atzeret (since, counting from day one of Sukkot, it’s the eighth day), and the second day, when the Torah is completed, is known as Simchat Torah.

3. We Sit In the Sukkah Without a Blessing 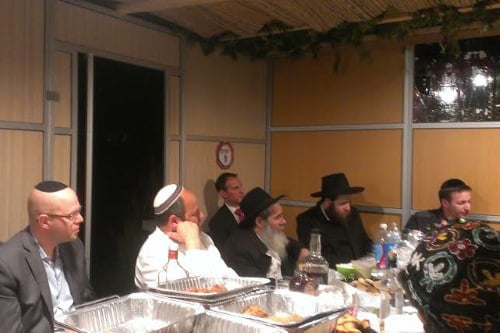 Just like Shemini Atzeret “bled” into the day after (and went from one day to two), Sukkot observances “bled” into Shemini Atzeret (going from 7 days to 8). For this reason, it is customary among most diaspora communities to sit in the sukkah on Shemini Atzeret (but not Simchat Torah). However, since it is no longer Sukkot, the blessing is not recited, and neither do we take the lulav and etrog.

4. It Is Its Own Holiday in Six Respects 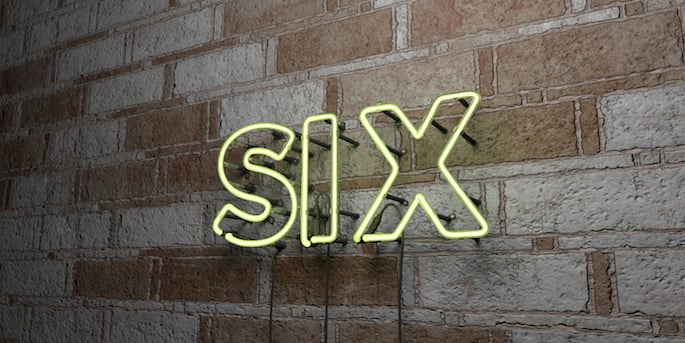 Is Shemini Atzeret a holiday of its own, or is it an extension of Sukkot? The rabbis of the Talmud grappled with this very question and concluded that it is considered an independent holiday in the following six areas:

5. We Light Candles Each Night 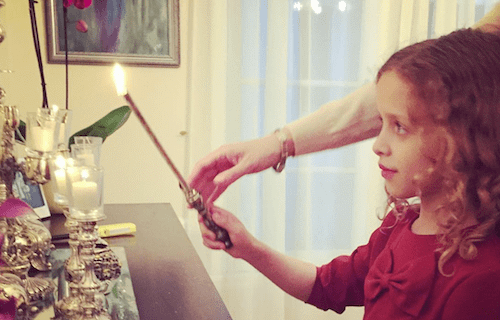 Like on all holidays, we usher in the day with candle-lighting before the evening meal (when Shemini Atzeret coincides with Shabbat, be sure not to light the candles on Shabbat). On the second night, make sure to kindle your candles from a pre-existing flame, since striking a match or lighting a lighter is forbidden.

6. We Say Yizkor on the First Day 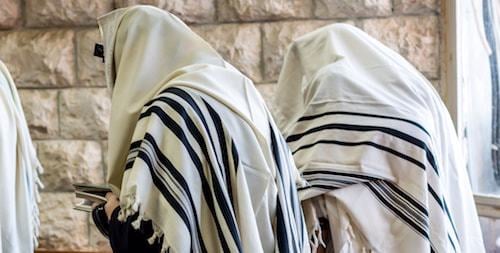 The time-honored Ashkenazi custom is to say Yizkor, the memorial for departed loved ones, in synagogue on the first morning of Shemini Atzeret. In Israel, the solemn Yizkor is meshed together with the Simchat Torah festivities, making for a roller coaster of emotions.

7. We Begin to Mention Rain

Marking the start of the rainy season (in the Middle East), we begin to mention rain in our thrice-daily prayers from the Musaf (“Additional”) prayer on Shemini Atzeret morning. This is dramatically marked with special additions to the cantor’s repetition of the Musaf (called Geshem, “Rain”), sung in a traditional tune, evocative of the soul-stirring High Holiday melodies.

Interestingly, we do not begin to ask for rain until several weeks later (on the 7th of Cheshvan in Israel, or in early December in the diaspora). Read the reason for this disparity here.

8. We Circle the Synagogue at Night and By Day 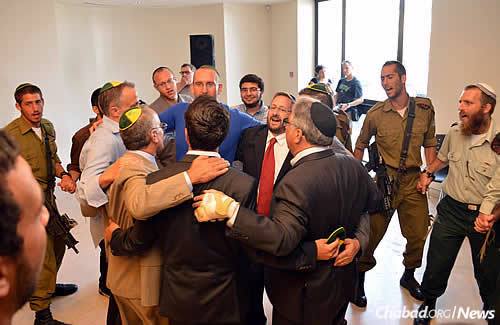 Dancing in celebration of the Torah, the source of inspiration for the Jewish people. (Photo: Lone Soldier Center)

On Simchat Torah evening and morning (as well as on Shemini Atzeret eve in some communities), there is a special ceremony called hakafot (“circling”). The Torah scrolls are removed from the ark and joyously paraded around the bimah, the reading platform in the center of the synagogue, seven times. 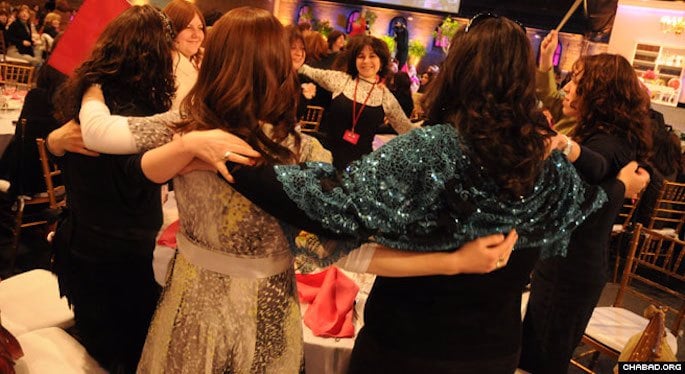 Simchat Torah services are punctuated by joyous dancing and singing. Children typically dance with toy Torah scrolls and flags. In times gone by, the flags were often topped with apples and lit candles. The Torah scroll is rolled up, and everyone connects to it equally, the simpleton dancing alongside the scholar. As we dance with the Torah scroll, we become “the feet of the Torah,” unified in pure joy and love.

10. We Celebrate Finishing the Torah and Starting Anew 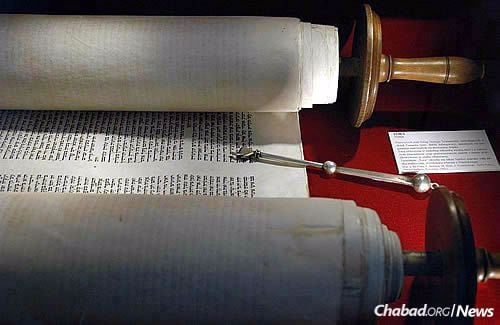 On Simchat Torah morning, we read from three Torah scrolls1 (if the synagogue has three scrolls). The first scroll is used to read the final portion of the Torah, Vezot Haberachah; the second is used for the first portion of Bereishit, Genesis; and the verses describing the sacrifices of the day are read from the final Torah. The person called up for the final aliyah of the Torah is known as the chattan Torah (“Torah groom”) and the person called for the opening verses of the Torah is called chattan Bereishit (“Genesis Groom”).

11. The Priestly Blessing Is Done Early 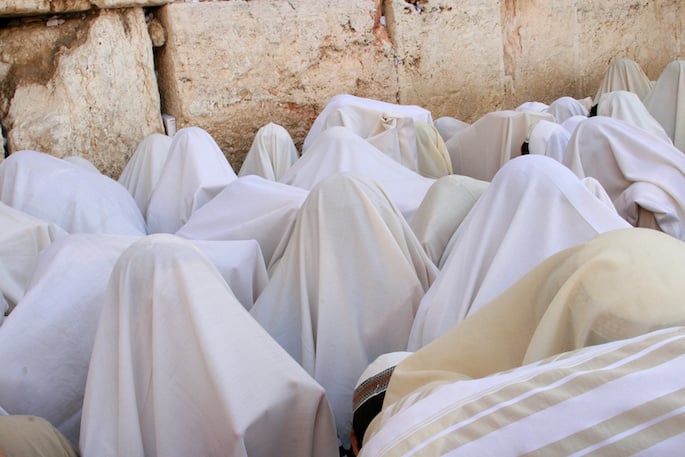 The custom in the Diaspora is for the priests to bless the congregation with Birkat Kohanim (the Aaronic Blessing) on festivals. But there is also a law stating that the priest may not perform his sacred duty while inebriated. Since Simchat Torah dancing is often accompanied by (responsible) drinking, the custom is for the priests to administer this blessing during Shacharit (morning services), which precedes the dancing, instead of the usual Musaf, which follows the dancing.

Learn more about the Priestly Blessings. 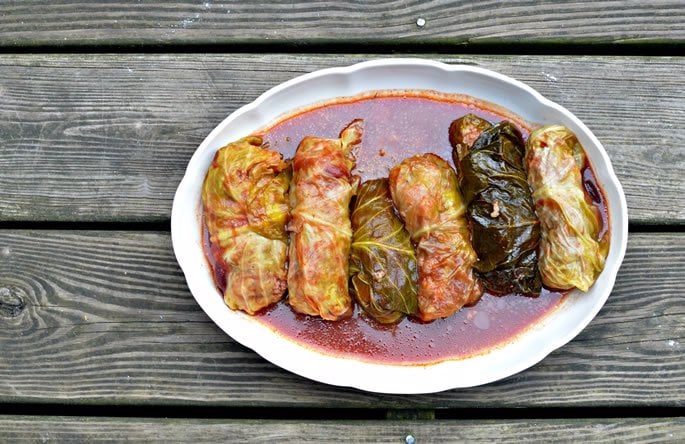 There is a common custom to eat cabbage rolls stuffed with ground beef on Simchat Torah, called choloptches in Yiddish (get the recipe here). The most commonly given reason for this Simchat Torah staple is that two rolls side by side resemble the closed Torah scrolls with which we dance on Simchat Torah.

13. In Cairo, Everyone Would Join Together

The globetrotting Rabbi Benjamin of Tudela (12th century) records that in the city of Cairo, Egypt, there were some Jews who followed the uncommon practice of reading a much smaller Parshah each week, finishing the Torah every three years. So what did they do on Simchat Torah if they were not finishing the Torah? Very simple. They had a longstanding custom to join together with their fellow Jews, who were completing the Torah on that day, for a joint prayer service. 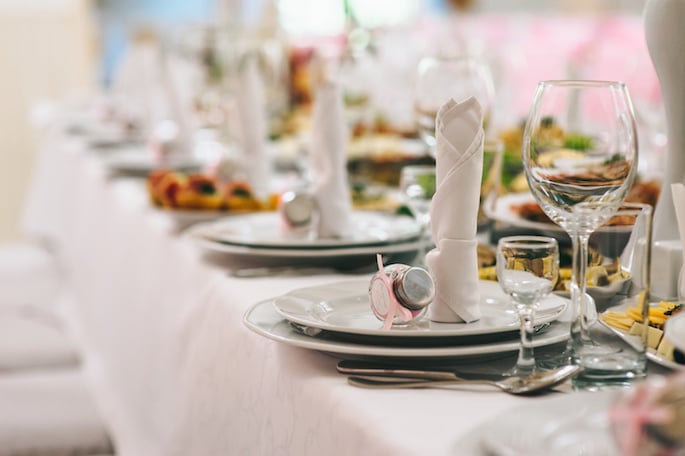 Simchat Torah is the grand finale of a season that began with the solemn repentance of Rosh Hashanah and Yom Kippur and then transitioned into the joy of Sukkot and Simchat Torah. The sages compare this final day to the following analogy: A king threw a grand feast for seven days. All citizens of the kingdom were invited for the seven days of partying. He then told his loved ones: We have fulfilled our duty to the citizenry. Now let me and you continue with what remains.

This is our final party with G‑d before we enter the year ahead, supercharge and inspired by the holiday.

Read: The Peasants and the Palace

15. Simchat Torah With the Rebbe Was an All-Night Affair 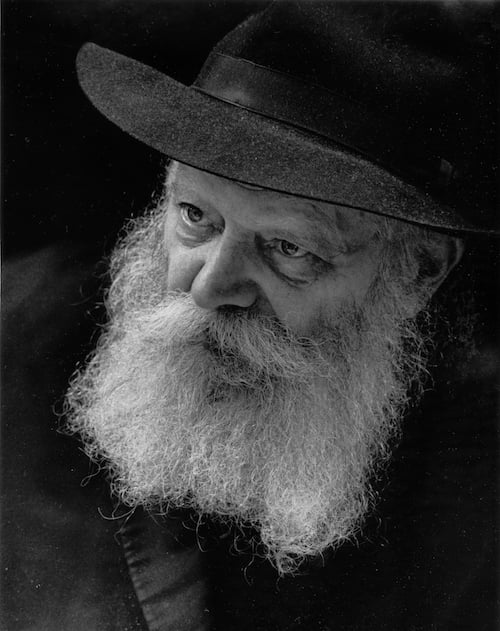 In Brooklyn, New York, the Rebbe’s Simchat Torah celebration would begin late at night and continue into the wee hours of the morning. The thousands of celebrants from all over the world were traditionally joined by Israeli diplomats who were granted the privilege of speaking with the Rebbe for a few moments during the proceedings. Between 1954 and 1963, the Rebbe would teach a new niggun (Chasidic melody) every year following the night’s dancing and singing.

Listen to the Rebbe’s melodies.