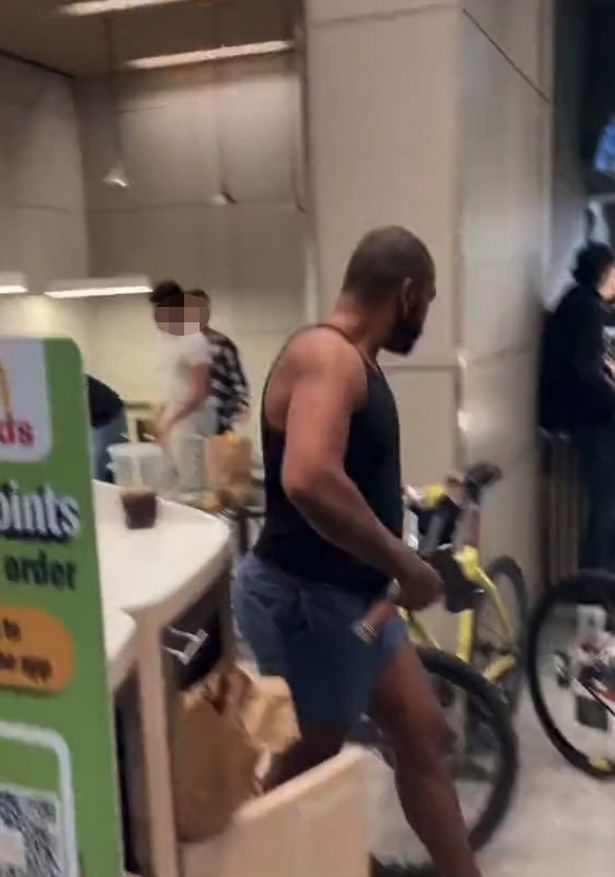 Video footage, captured by a bystander, shows suspect Michael Palacios, 31, and three other men being involved in a heated altercation at the McDonald’s on Delancy Street in Lower Manhattan.

Another day in nyc pic.twitter.com/OCOPIkIzuO

At the beginning of the footage, a verbal dispute becomes violent as three other individuals are seen hitting Palacios multiple times. The 31-year-old does not seem to be affected during the attack as he initially does not retaliate while appearing to be smirking.

However, his calmness does not last for long.

Following the onslaught of punches, Palacios calmly reaches into his backpack, takes out an axe, and threatens the individuals who attacked him and other patrons inside the fast food restaurant.

The suspect is then seen violently smashing multiple objects, including breaking a glass wall. He is also seen punching a man in the head who was not involved in the initial physical altercation.

“Bro, please, you better chill,” one man pleads as the suspect intimidates patrons.

As the incident appeared to be winding down, the bystander recording the footage quipped, “That’s why I keep my knife on me all the time.”

According to a witness via the New York Post, Palacios had been rejected by a woman in the McDonald’s before the altercation occurred. The witness also claimed he could smell alcohol on him.

The 31-year-old was arrested and charged with fourth-degree criminal mischief and possession of a weapon but was released without bail hours later by Democrat District Attorney Alvin Bragg’s office, the Post reported.

Both charges are not eligible for bail under New York’s woke criminal justice laws.

Palacios claimed on his Instagram account that he was chased for five minutes by police officers while on his bike throughout Manhattan’s lower eastside before falling off his bike.

The suspect added that before he was brought to the NYPD precinct building, he was taken to the hospital due to dislocating his shoulder from the fall.

He also bragged that cops told him “that was [a] fun chase” after he was apprehended and that they gave him “props” for going viral.

At the end of his post, Palacios stated, “Also you gun nuts are psychopaths. If I had a gun, I’d use it like an axe.”

The footage of the altercation inside the McDonald’s has been viewed over 24 million times on Twitter as of Sunday.