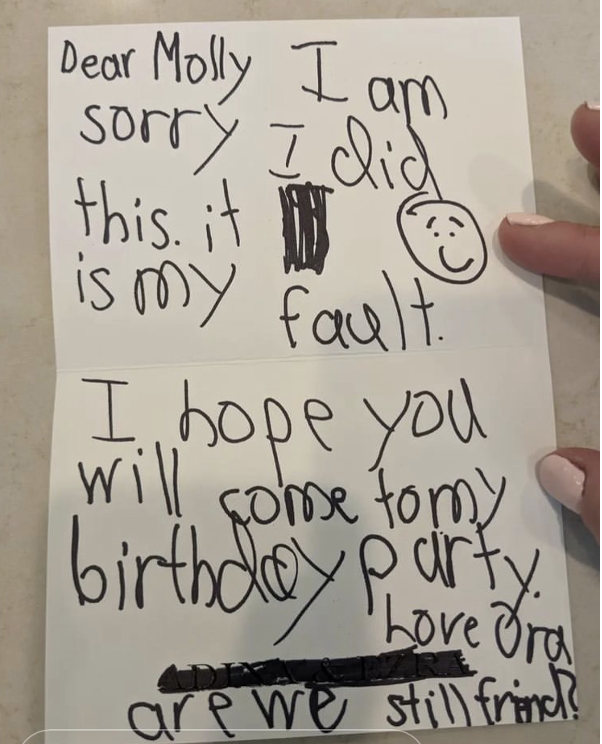 Parshas Ki Savo – We Can All Be MasterChefs

My mother, the Rebbetzin a”h, would often lead Hineni tours to Israel. Instead of doing the typical tourist sightseeing, Hineni tours had a mission.  A mission of prayer and spiritual growth. The itinerary was filled with stops at holy sites, historic shuls, and the resting places of great rabbis and tzaddikim.

It was not for naught, that the Hineni tours became known as the “Graves and Caves” trip. Whoever joined returned home spiritually invigorated.

Hineni tours to Israel always had an additional European country or two added on. My husband and I had the good fortune to accompany my mother on one such tour, which included Russia, Ukraine and Israel. A highlight of the European leg of the trip was our stop in Barditchev, Ukraine.

It was late night when our tour bus pulled into Barditchev. We were greeted by our hosts, Rabbi and Rebbetzin Breuer, a most amazing couple. After their youngest child married, they felt it was time to give back to their people. With the encouragement of their mentor, the Skverer Rebbe, they moved to Barditchev, where they became the rabbi and rebbetzin.

The Breuer home was open 24/7, open to the people of the community, open to travelers, open to us. Their dream was to bring a Torah way of life to a Jewish community that had been robbed of their heritage by decades of communist rule. They would gather youth from all over Ukraine, infuse them with Yiddishkeit, and then send them to either the United States or Israel to continue their Torah studies. We actually met several elderly Barditchev residents whose grandchildren were brought back to Torah by the rabbi and rebbetzin and were studying in various yeshivos and seminaries abroad.

Though the hour was late, Rebbetzin Breuer prepared a sumptuous meal for our group, and while we dined, both the rabbi and rebbetzin shared stories about Jewish life in Ukraine.

It was past midnight by the time we left the Breuer home, and proceeded to the kever, the burial place of the Holy Rabbi Levi Yitzchak of Barditchev (1740-1809).  Guided by the single flashlight of Rabbi Breuer, we made it through the pitch black pathways of the centuries-old cemetery.

We entered the ohel (mausoleum) of the great Rabbi Levi Yitzchak, and there, hanging next to his tombstone was a prayer that he composed. “Lomir machen a beyt – Let us make a deal.” It is said to be Rabbi Levi Yitzchak’s “Din Torah mit Gut – Court case with G-d”.

Middle of the night in the ancient cemetery. My mother reading the poignant plea of Rabbi Levi Yitzchak, her voice breaking in tears. There wasn’t a dry eye in the room. A memory that will forever be with all who were there.

Rabbi Levi Yitzchak was known as the “Advocate of Am Yisroel”, the defender of the Jewish people. With his pure eyes, he saw only the good in each and every person. He looked at every Jew with kindness and compassion. It’s no wonder that the Holy Barditchever composed a prayer pleading with HaShem on behalf of his beloved people.

In his prayer, the Barditchever humbly introduces himself as Levi Yitzchak, son of Sora Sasha, and pleads before HaShem: “Ribbono Shel Olam, lomir machen a beyt – Master of the Universe, let’s make a deal. Ich vel dir gebben, chatoim, avonos un peshayim – I will give You all our intentional and unintentional sins. And my dear Father, perhaps You will ask, what should You give me in exchange for this? Du vestr mir gebben mechilah, selicha, and kapporah – You will give me forgiveness, cleansing and atonement… Oy vei Tatte…

The prayer is also known as “Rabbi Levi Yitzchak’s Kaddish”, as it in concludes with the words Yisgadal, v’yisgadash shemei rabbah…. May His great Name grow, be exalted and sanctified….

On Rosh HaShanah and Yom Kippur, Rabbi Levi Yitzchak would lead his congregation in prayer. It is said that prior to the Kaddish of the Musaf service, the Barditchever would make his “deal” with HaShem.

The Holy Barditchver’s prayer was written in a different world, but the words resonate with us to this day. Every year on Yom Kippur, we too stand in shul and beseech HaShem, as we pound our chest, saying Selach lanu, mechal lanu, kaper lanu – Forgive us, pardon us, atone us. We too, ask HaShem for complete forgiveness.

The Talmud teaches, Kol ha’maavir al midosov, ma’avirim lo al pasha’av –   Whomever looks away from wrongs done to him, will merit to have his misdeeds overlooked. (Yoma 23a). Simply put, if we truly seek forgiveness from HaShem, we must be forgiving of others. Let go of the grudges, the pettiness, the resentment and negativity that we may be harboring.

Yom Kippur is approaching. It’s time to be forgiving. Not always an easy task. But when we are – it’s so liberating, and so rewarding.

Forgiving doesn’t make a wrong right, but it does mean understanding and accepting that we are all human, we all make mistakes. We should find it in our hearts to not only forgive others, but to forgive ourselves. To stop focusing on the would’ve, could’ve, and should’ve of life.

Forgiving others is only one side of the coin. We must be proactive in asking for forgiveness. To apologize for wrongs we may have done.

“I am so sorry”. Words that at times are difficult to say. Unfortunately, we often find it easier to say I’m sorry to those who are a little removed from us. It has become a trend before Yom Kippur to post generalized “I’m sorry…please forgive me” messages on social media, while to those who are nearest and dearest, our spouses, parents and children, we may find the words hard to come by.

Sometimes, it is the children who show us the way.

My friend’s daughter found a note in a pile of paper that her little six-year-old asked her to mail.

I am sorry I did this. It is my fault.

I hope you will come to my birthday party.

Are we still friends?

A little six-year-old wrote this letter on her own.

A little girl with a special neshamah.

She felt that she had to right a wrong.

A small note that speaks volumes. A little girl from whom we can all learn.

May the Holy Barditchever continue to defend us from Above. May HaShem hear our prayers and give us slichah, mechilah and kapparah – forgiveness, pardon and atonement. May we all be inscribed in the Book of Life.

Chaya Sora can be reached at csgertzulin@gmail.com