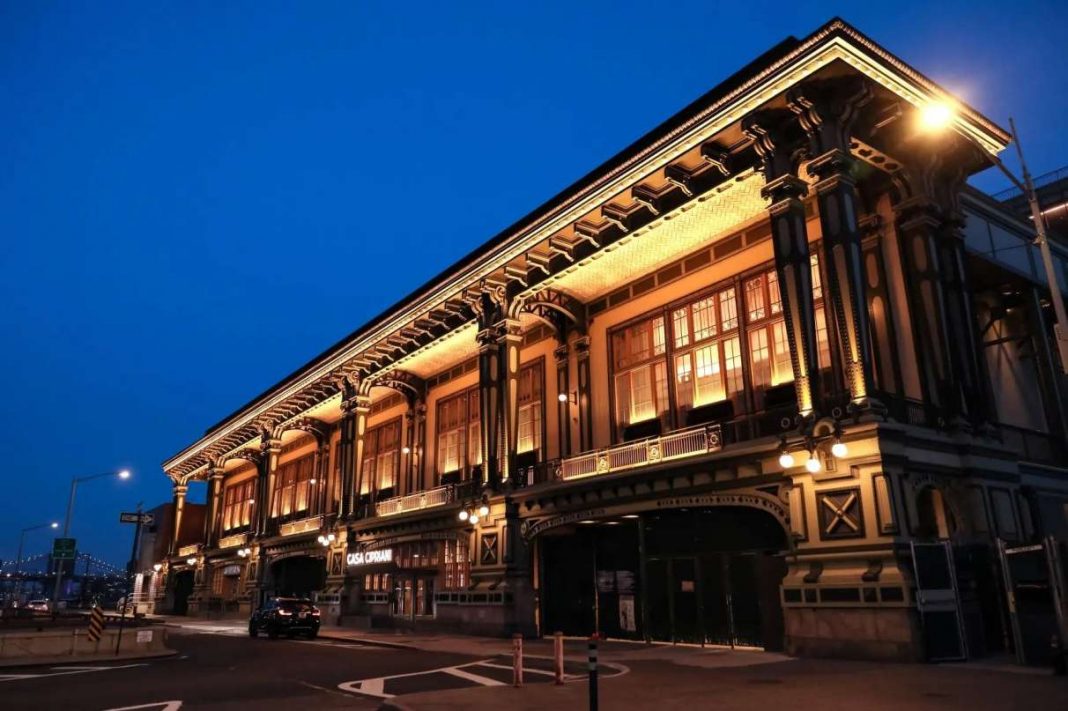 On Saturday, a fire engulfed the iconic Casa Cipriani hotel, restaurant and lounge in lower Manhattan. Casa Cipriani is located at the top of the Battery Maritime Building and is an exclusive, members only venue for A-list celebrities, as was reported by the New York Post.

huge fire behind casa cipriani in nyc. praying for everyone around. pic.twitter.com/PjOl002OMz

The FDNY said that the fire spread from an air conditioner unit to the hotel’s machinery room. New York’s bravest responded to a call about the five story building on New York’s waterfront at approximately 3:51 pm. They apparently had the inferno under control by 4:27, according to the Post report.

The exclusive hot spot for the rich and famous is not a place where you find common folks as it is limited to club members who pay eye popping amounts of money to indulge themselves in the super luxurious surroundings. Those who wish to partake and are not club members will have to shell out north of $800 smackers a night to stay in one of Casa Cipriani’s 47 guest rooms. The Post also reported that Casa Cipriani is located on land that is owned by the city of New York.

The Post also reported that video posted on social media by a person traveling by ferry showed flames engulfing a section of the hotspot’s terrace lounge as a worker used a fire extinguisher in vain trying to put them out.

Among the voluminous amount of celebrities that have crossed Casa Cipriani’s door step are film star Leonardo DiCaprio, who has repeatedly been spotted there with supermodel, Gigi Hadid, who is his new love interest, The Post reported.

In a September 3rd op-ed piece that appeared in the New York Post, real estate writer Steve Cuozzo noted that,  “eating in fancy restaurants and hanging out in beautiful spaces should not be private affairs. Sadly, New York is becoming a place where such pleasures are reserved for the privileged few.”

Everyone was evacuated from Cipriani pic.twitter.com/KKWydsZZE6

He added that, “members-only places catering to global carpetbaggers are clogging the pages of Page Six. As a lifelong New Yorker, this offends me. No, it infuriates me. Pretentious, exclusionary establishments are exactly what our brave, embattled city does not need.”

He also focused on Casa Cipriani and wrote that it is” Public offender No. 1”.  Cuozzo said that “the property is owned by the city, which put up tens of millions in taxpayer funds to restore the old ferry terminal to support the new structure on top of it. “

He then opined: “What a slap in the face of New Yorkers who were led to expect a normal, open-to-all hotel and party venue at the site.”